Over at Affinity, Caine’s been working on a pair of freethought pants. I approve. But when I read the title, I burst out laughing for no reason that would have made sense to anyone, except the people at a company where I used to work back in 1997… 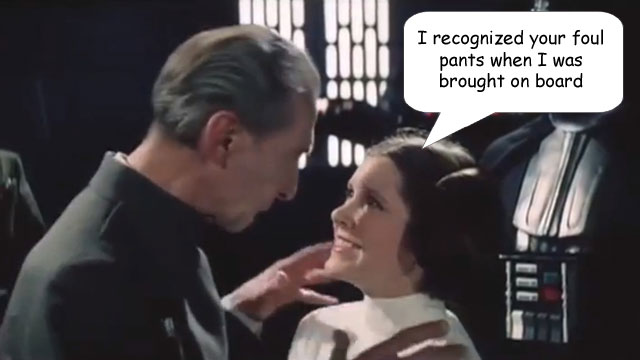 One day, before a party, one of the software engineers had been listening to a comedian (I forget who) doing a bit about how “pants” and “chicken” were inherently funny. I’m not sure how it happened, but we got into a playful argument about “pants” and it got funny. Then, someone suggested that a better game would be to take famous sayings and quotes and replace a word in them with “pants”; alcohol was involved, but we laughed so hard some of us ached the next day.

A few I remember that were particularly good:

“I sense a tremor in the pants.” – Darth Vader

‘You must be the change you wish to see in the pants.” – Ghandi

“Courage is not the absence of pants, but rather the judgement that something else is more important than fear.” – Ambrose Redmoon

“Before I got married I had six theories about bringing up children; now I have six children and no pants.” – John Wilmot

“Pants! Pants! My kingdom for some pants!” – Richard III

“The richest man is not he who has the pants, but he who needs the least.” – Unknown

“I find you lack of pants … disturbing.” – Darth Vader

“Governor Tarkin, I should have expected to find you holding Vader’s leash. I recognized your foul pants when I was brought on board.” – Leia Organa 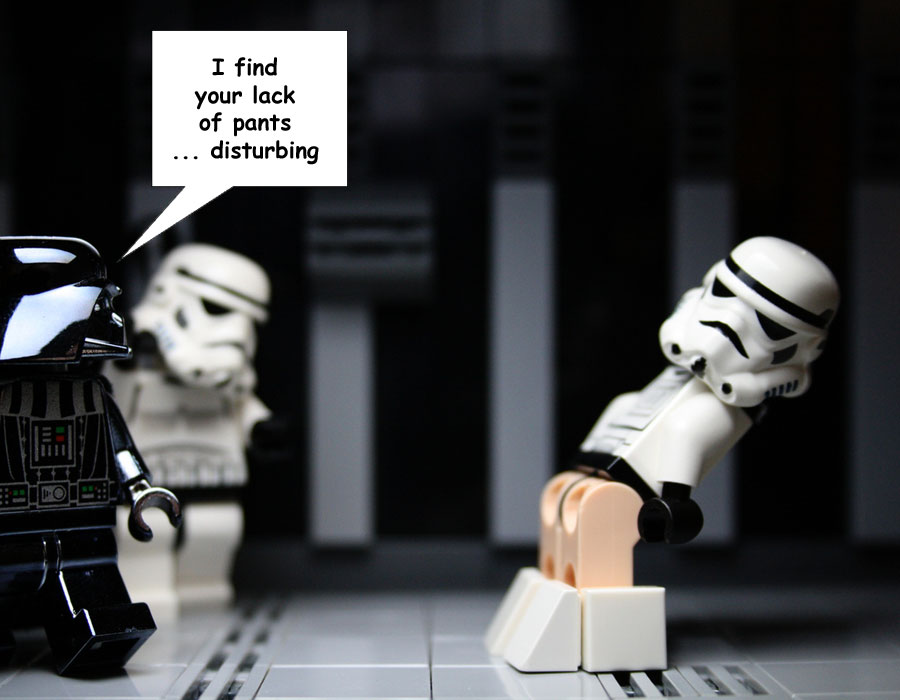 please do carry on.

Apparently the game took off. [ebaumsworld]

The War on Authenticity: Update on Amy » « Sunday Sermon: On Voluntary Human Servitude