One reason the Military/Industrial/Congressional Complex* does the stupid things it does, is because it’s able to keep its mistakes secret. If you really want to lose track of $600 billion, like the pentagon has, the best way to do it is to classify the research, then lose the paper-work.

Extremely expensive toilet seats are actually not the problem (there’s a reason for the toilet seat!**) it’s entire programs that are undertaken just to see if something relatively pointless, works. Like the famous “Men Who Stare At Goats” program – some of these ideas are crackpotty and even seem crackpotty, but if you have billions of dollars to spend, and no accountability, you may as well fund your old high school buddy’s company that wants to research whether bats can be weaponized to carry bombs, or if an iceberg can be weaponized into an aircraft carrier. 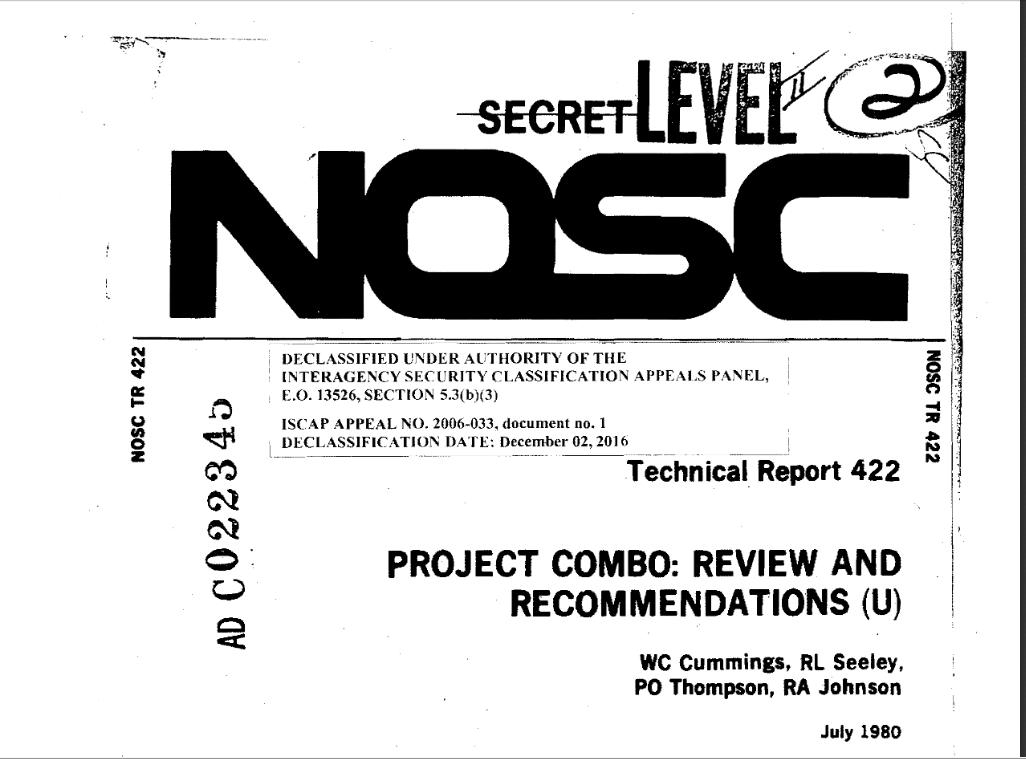 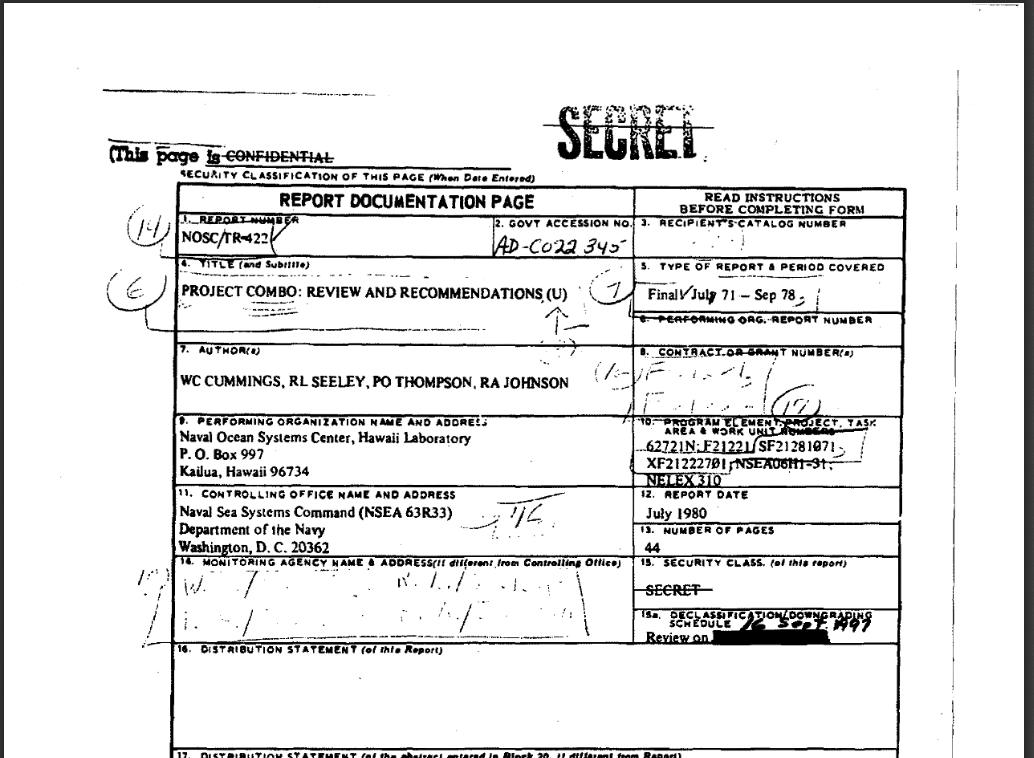 Oh, boy, I can see it already: Kailua Hawaii. Now that’s a hardship post from hell!

If we could only think of some way to deploy variable-geometry stealth surface vehicles (e.g.: surfboards) in the project. 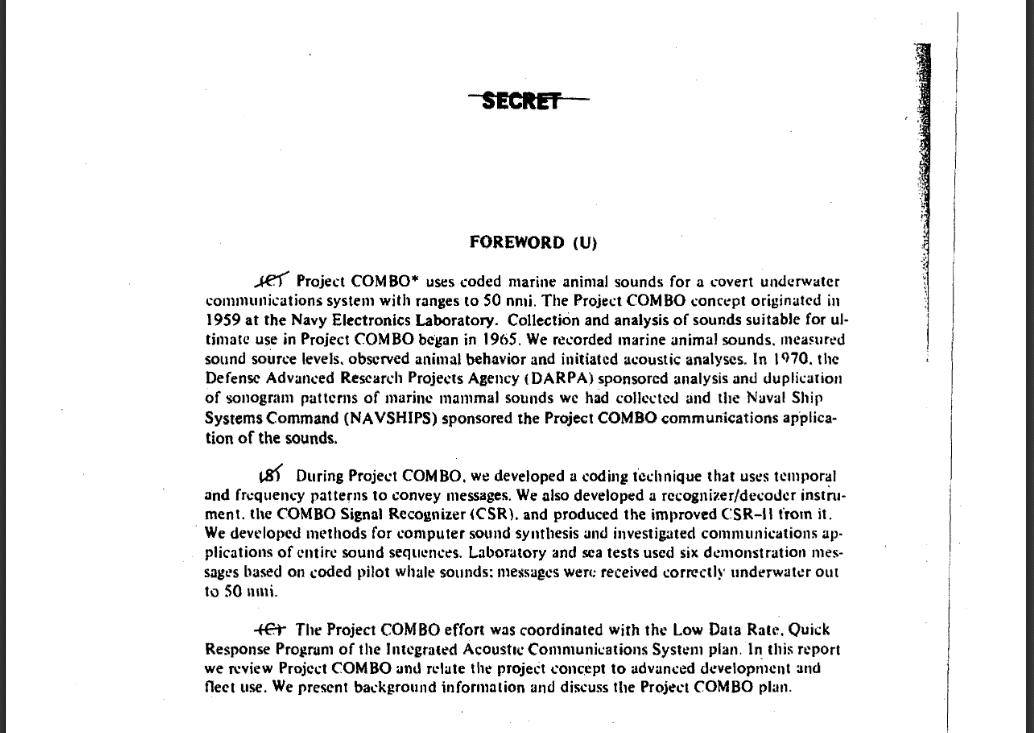 I am picturing the consternation of the whales. A submarine is trying to talk to a ship, and simulates a whale that sounds like the Donald Trump of whales, talking to the George Bush of whales. In other words, a great big whale underwater WTF. It’s secure: the whales would never figure out what that big mechanical thing is trying to say.

Meanwhile, the navy has now graciously agreed to stop midfrequency sonar testing, because it turns out that whales and other creatures that use sonar, are harmed by mechanically amplified sonar. Who’d’a thunk!

We must break down the presumption that the state must act in secret. The political process in theory has things like the Senate Intelligence Committee that is supposed to oversee covert actions and covert expenditures on infrastructure. Of course, as Chuck Spinney points out, there’s always so much money involved that nobody attracted to work that particular problem is incorruptible.

(* Chuck Spinney adds the “Congressional” to Eisenhower’s term, because he recognizes that congress is a willing and active participant in its own corruption.)

Jon Ronson “The Men Who Stare At Goats” (amazon)

Science: US Navy to Limit Sonar Testing to Protect Whales

Monday Meslier: 170 – Confession, That Golden Mine For The Priests, Has Destroyed The True Principles Of Morality » « Ask The Strategic Genius – 5