Every December 7, the US’ ultranationalists make a point of beating the war-drums and waving the bloody shirts. “We must never be surprised again!” they argue.

How much of a surprise, really, was December 7?

As a kid, I learned the default propaganda, that the Japanese launched an evil sneak attack out of a clear blue sky. But that’s far from the truth: for one thing, Japan’s interactions with European powers had immediately cast it into the framework of European imperialism – they modernized their military, annexed Korea, clobbered the Russian navy* and entered into an alliance with Britain. The latter was a great big seal of approval in 1902 and amounted to the imperialist British and Americans accepting Japan’s aggression as an acceptable part of the international framework of the time. The Japanese also bought ships – floating heaps of advanced military technology – from the British. Fairly quickly, the Japanese had built the third largest navy in the world. It doesn’t require a strategic genius to figure out why. In fact, the Japanese were pretty much following right in the footsteps of Germany** – professionalizing the military while building industrial capacity. Until they hit a bump. 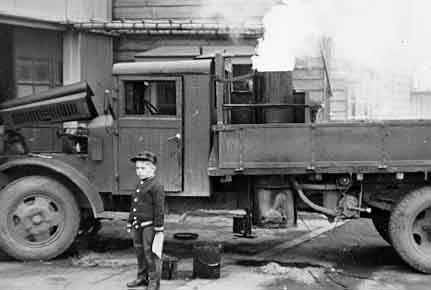 The bump was natural resources. The Japanese could manufacture things just fine, but they lacked easy natural access to oil, coal, iron, copper, etc. You can’t have an industrial revolution when you’re importing everything.

And the diplomacy of the time was – complicated. On one hand, Japan’s money was good, and the European powers liked that. But there’s no way to avoid discussion of European and American racism. British society, with its strongly structured classes, would seem to be a natural partnership with Japan (also, literally, a caste-based society) except, as the middle eastern arabs later learned: mere money isn’t good enough to buy into British society.*** Meanwhile, America had immigration limits**** on Japanese – and eventually the Immigration Exclusion Act of 1924 barred all Japanese immigration. On the west coast of the US, closest to Japan, there began to arise anti-Japanese sentiment (which ended in internment camps) and concern over the safety of the US imperial outposts in the Philippines and Hawaii.

We also need to remember that fascism was on the rise everywhere. The US had its domestic fascists (who were probably the source of the anti-Japanese immigrant sentiment) and the Europeans rather obviously had theirs. The Japanese had them, too: military successes in the great game of imperialism coupled with economic changes and perturbations of the power structure made Japan ripe for opportunists of the worst sort to take over. Meanwhile, Japan was relying for its industrial base on imports from America: steel, rubber, oil, chemicals. Yet, like Germany and Italy, Japan was being excluded from the European great powers club, which became frustrating. Japan’s imperial ambitions set it on a collision course with US imperial ambitions when it invaded French Indochina (now Vietnam) and the US responded by siezing Japanese banked assets and blocking export of industrial materials. Including, of course, oil.

The Japanese had a great big navy and military and were going to run out of fuel. 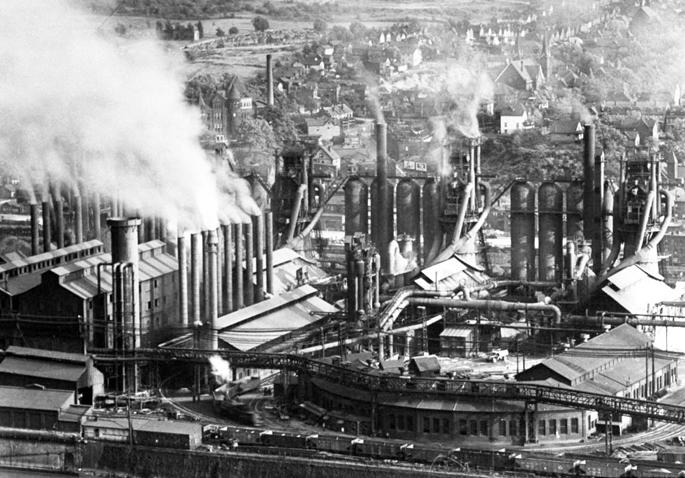 The gigantic Daqing oil field in Manchuria was not discovered until 1958.

There is only one reason why the US can claim to be taken by surprise on December 7th, and that’s that there was no reason to believe the Japanese would attack a nation with 10 times its industrial capacity. To give you some perspective: the city of Pittsburgh, Pennsylvania, alone produced 40 times more steel than all of Japan and Manchuria, combined. The Japanese knew they had only one chance at being a first-rate power, and that was to sink enough of the US Navy in Hawaii that the US was reluctant to take things further. What they taught us in school was that the Japanese launched their attack out of the blue, unprovoked. But, actually, there was plenty of economic provocation and Japan had been very very militarily busy expanding its empire. The way Saddam Hussein invaded Kuwait is eerily similar: he appears to have thought it was OK because he’d been sold a lot of weapons and allowed to wage wars before, “why get so upset now?” Containment strategies gone wrong usually exacerbate the problem they were trying to contain.

The fascist party in Japan had been warning itself and the rest of the Japanese government that the European powers were never going to let them be anything more than a dependent power, beholden to the US for oil and steel, Britain for ships, Germany for guns. And they were right. It doesn’t excuse their making horrible decisions that devastated their country, but it makes sense in context. It was a failure of leadership vision on both sides.

Wikipedia: History of the steel industry#Japan

George MacDonald Fraser’s “Quartered Safe Out Here” is a beautiful book about young men in the Burma war. It’s on the recommended reading list.

(* There are some heartwrenching bits about the horrific suffering of the Russian navy during the run-up to Tsushima straits in Alistair Horne’s Hubris, The Tragedy of War in the 20th Century. The Japanese victory was great, but it was over a second-rate fleet commanded by a brave second-rater, exhausted and out-gunned.)

(** I have added David S Landes “The Unbound Prometheus” to my recommended reading list. Landes’ mapping the disparity of industrial production makes it pretty clear that wars happen whenever any nation’s economic output far outstrips its leaders’ self-control.)

(*** Adam Curtis’ documentary “The Mayfair Set” has some fascinating bits about the horrible way the British upper crust – who are mostly descended from thugs and warlords themselves – treated the “new” Arab money, such as the Al-Fayed family who bought Harrods largely as an act of revenge.)

(**** The US limits immigration by pretty much everyone, at some point or another, unless you came in chains.)