Stop me if you’ve heard this before…  If you’re black and you haven’t been successful in the last 50 years, it’s your own fault.

I don’t expect Kathy Miller, Trump Campaign Chair in Ohio to read my blog, but if she did, she might have learned a bit from the example I posted from Robert Paul Wolff‘s “Autobiography of an Ex-White Man”

Here’s another illustration that might help her understand better: 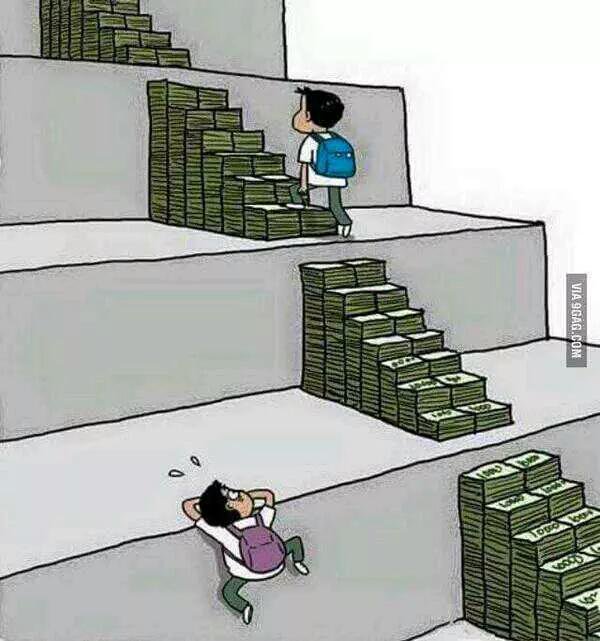 Watch the interviewer’s face. He’s trying to choke back his disgust at this horrible person and her abysmal reasoning. She’s promoting a candidate who got his start in life with between $10 million and $100 million in capital from his father, and she’s saying that black people are not succeeding because it’s their own fault. What, it’s their fault they weren’t born with a silver spoon in their mouth?