The names still make us smile: King’s Quest, Gabriel Knight, Laura Bow and The Dagger Of Amon Ra – great games from the days when you had to get the DOS interrupts right if you wanted your Soundblaster card to work right.

And you really wanted your Soundblaster to work if you were playing Gabriel Knight: the voice acting for the hero was by none other than Tim Curry. (Along with Mark Hamill and Michael Dorn)

I sat in front of my fan in the muggy Baltimore summer playing Gabriel Knight, and the world slipped by me unnoticed. In those days I had just graduated from ascii art games – Rogue and Larn on the UNIX system, my avatar was an ‘@’ on the screen who ran and fought and died under the W,S,A,Z keypresses.* To play Gabriel Knight I had plunked down for a Hercules graphics board and the soundblaster and a joystick. It was a time-machine: I got started and the floppy drives gronked away and the next thing I knew it was 2am and it was dark except for the light from the VT52 (the other occupant of my desk) and the PC. Usually the cat had stolen all the blood circulation from my legs and I’d stumble when I tried to stand.

Gabriel Knight and the other games that followed it moved my gaming world to glorious 256 colors with sound and high res graphics. The people who brought it to us were mostly icky girls.

I’m kidding about that last 2 words. I don’t think anyone cared back in those days. Gaming misogyny wasn’t invented yet – it was just around the corner, to be sure, but the golden age of gaming was built by women. 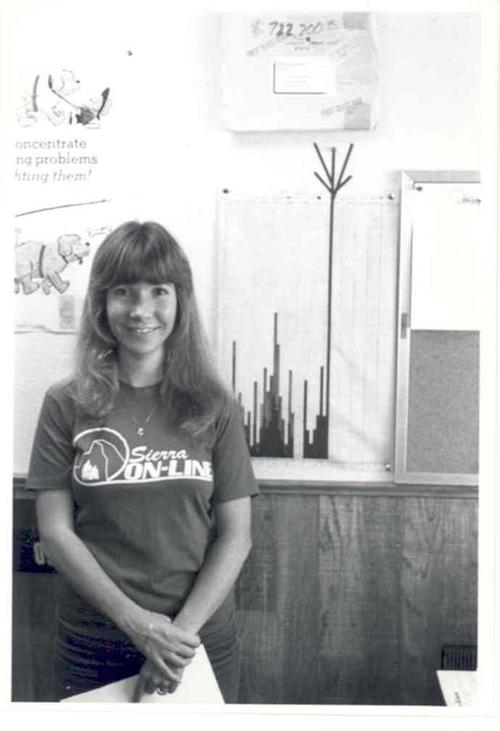 Roberta Williams founded Sierra Games and wrote the first versions of King’s Quest. You know how, nowadays, you have a huge team with a designer, storyboarders, engine coders, character artists, 3d modellers, etc? Roberta just coded it and wrote the story, dialogue, and probably the manual, too. 1979 was when Ken and Roberta Williams started it off; she had been playing text only adventures and thought graphical games were the future. And she made that future for us, and Sierra made enough money that other companies noticed and that demonstrated that this new gaming industry had potential. Then we got decades of wonderfulness and somehow the women got pushed into the backseat. 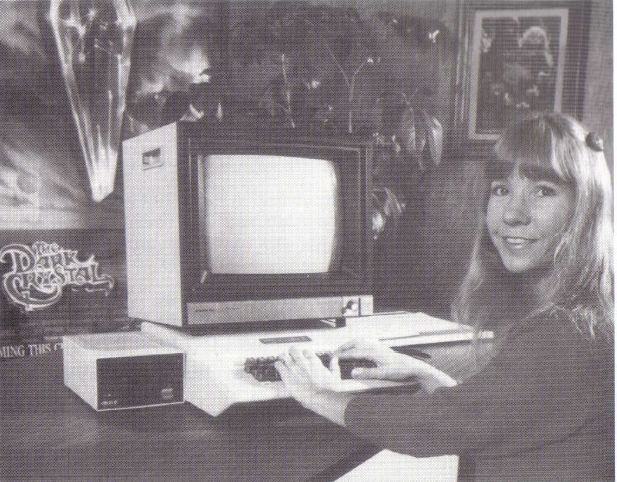 Sierra was equal opportunity, at least until it got bought for over $1b and eventually wound up owned by Activision (now Blizzard)  – Roberta went off to other adventures. Gabriel Knight was designed by Jane Jensen, who designed it and is probably the person to blame for the hot dog/balloon/fence/statue puzzle that drove so many of us mad with frustration.** 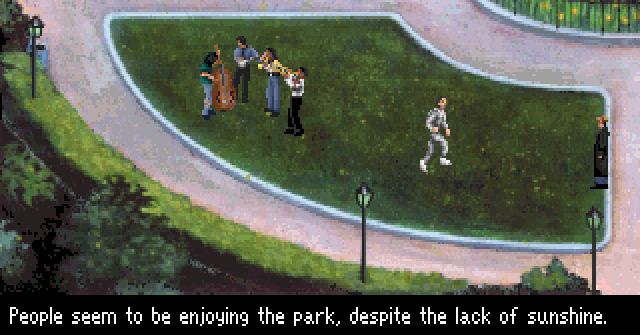 I hated this puzzle

Gaming was hardcore back then. There were no SJWs complaining about gender representation because … We didn’t have that much to complain about. There was Leisure Suit Larry (Sierra) and Leather Goddesses of Phobos (Infocom – who had unwisely stuck with text and expecting gamers to use their imagination) but gaming-as-titillation and grand guignol took until DOOM and Lara Croft and Duke Nukem.

What’s sad is that gaming-as-titillation worked because, as a new medium, there was curiousity to feed. Before the 256-color graphics we were looking at ascii art printouts from Playboy (instead of Playboy itself, for some reason!) Having some experience with ascii art, I kind of knew what 256-color erotica would look like. (Remember: VHS tape decks were just coming in below the $400 price barrier) 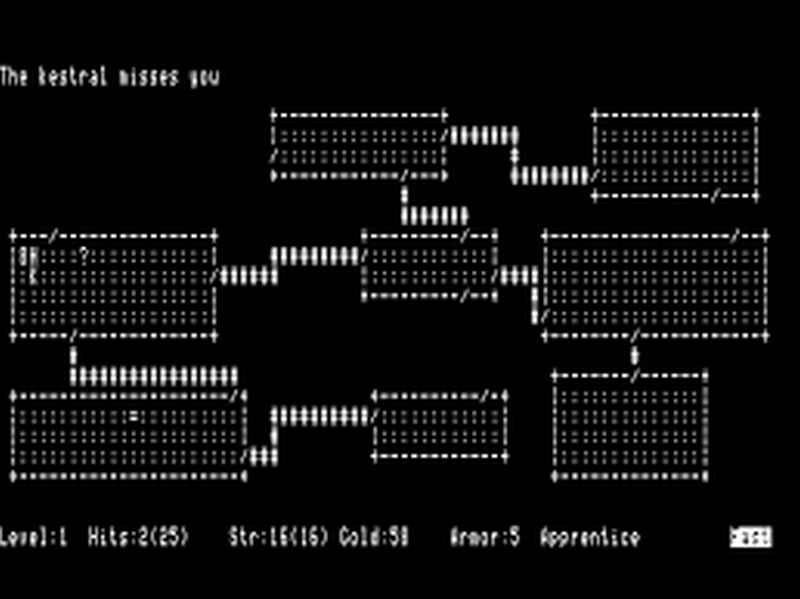 That’s what gaming looked like before Sierra. Thank you for all the great games, Roberta!

You can get Gabriel Knight on GOG as well as a port for iStuff But they re-did the audio, so: no Tim Curry! If you need help with the statue puzzle: buy a hot dog and if you drop it it’ll distract the dog and it lets go of the balloon or something like that; I don’t remember exactly. But you need the hot dog.

(*I also played a whole lot of Empire, a decompiled port from the PSL version to the BSD 11/750. I cut my teeth on C cleaning up the port)

(** you had to read all of rec.gaming to look for clues, there was no search engine you could just ask until Altavista came along in 1993)