Reverend Billy Graham tells you how to determine a cult versus a non-cult.

Billy Graham: 3 Warning Signs That a Church Is Actually a Cult

[…] Graham laid out three things to consider, first one being “what do they believe about the Bible? Is it alone the Word of God (as Christians affirm) — or do they add to it, or claim they alone have translated it correctly?”

So it looks like he’s eliminated pretty much everything except christianity and satanism. Preach on…

“Second, what do they believe about Jesus? Is He alone the divine Son of God, sent from Heaven to save us from our sins? Or do they deny this, or claim we must work to save ourselves?”

I, uh, I think the satanists are still in the running. But now atheism is a cult, too. Listen to this mountebank drone along:

“Third, what do they believe about other Christians? Do they claim that they, and they alone, have the truth — or do they rejoice that God is also at work elsewhere?”

From your mouth to god’s ear, Graham. The satanists aren’t a cult – but everyone else in the world, is.

Oh, wait. Except the mormons. Apparently the whole kerfuffle about “who is a cult?” is because Graham felt he had to conceed non-cultist status to Mitt Romney in order to be a dutiful partisan hack during the last election. Graham had to dodge the question of whether mormons are christians. It must have stung a bit to throw one of his little beliefs out the window in the name of political expediency and see his candidate get beaten like a tambourine by the other guy.

Who am I kidding? I doubt that Graham actually believes anything at all, except to cling to worldly power and comfort a bit longer. He has thrown away any integrity he ever had, one little bit at a time, a theological death of a thousand self-inflicted cuts. 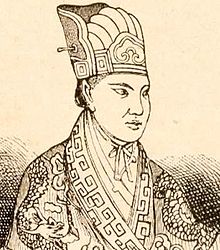 I wish the interviewer had the presence of mind to ask Graham whether the The God Worshipping Society were a cult. The article has a picture of Jim Jones (yes, that was a cult) but that’s unfair to Jones: he was a piker.

It gives me a small warm spot to be able to put Graham and Hong Xiuquan in the same sentence – those two delusional phoneys would have immediately recognized eachother as kindred spirits.  Graham first came on my radar screen in a strange way: my father was his doppelganger for a while. It was interesting – I remember several times that we’d be out flea marketting or walking around, and someone would come fawning up to my dad like a submissive puppy to tell him how he had changed their life, etc. Dad was always very gentle with them and set them straight then wished them a good day, etc. Unlike the real Billy Graham, he didn’t lighten their wallets before they left. Those poor silly people helped me avoid taking religion seriously, so I owe all of them (and Hong Xiuquan and Joinville and Villehardoin and countless other silly believers) for helping me avoid falling into the trap of faith.

Overblown Art » « A Matter of Range