This word, in its normal usage, means prediction of the future. 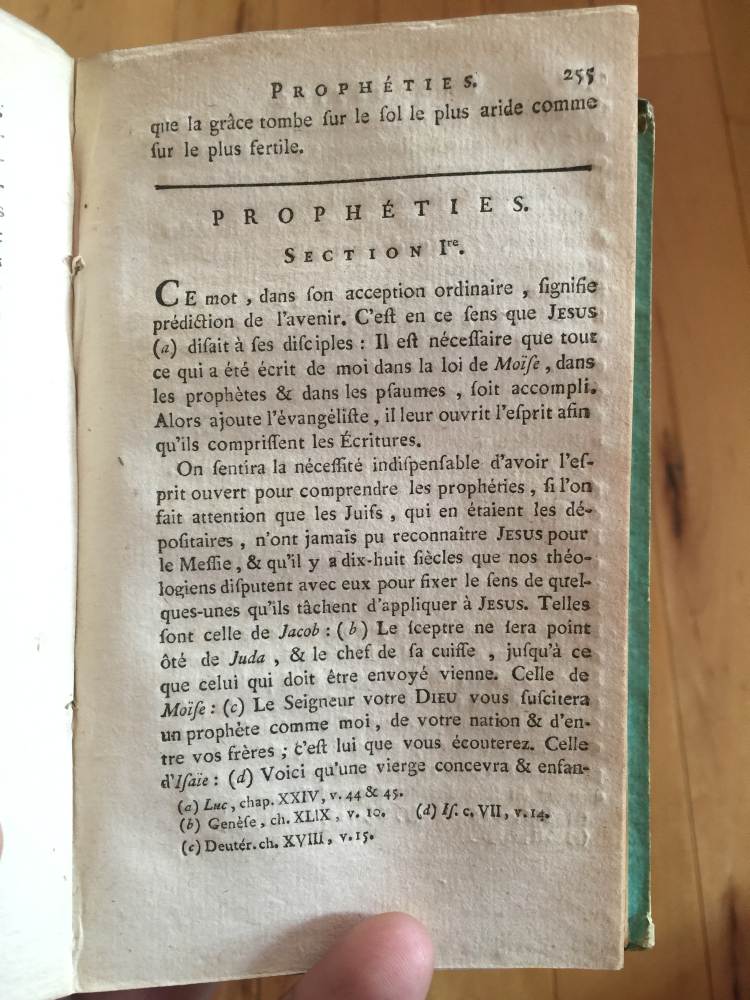 It is in that sense that Jesus told his disciples: it is necessary that everything that is written about me in the law of Moses, and in the prophets and the psalms, be accomplished. Added the evangelist: they will believe in their hearts as soon as they fully understand the scriptures.

We feel the need to have an open mind in order to understand the prophecies, if we note the jews, who were their recipients, never recognized Jesus as the messiah and there have been 18 centuries of our theologians arguing among themselves to figure out in what sense which of them apply to Jesus.

Voltaire was not an atheist, but he was much too observant to be a completely gullible believer, either.

I wonder what he’d have thought if he’d been able to learn about modern textual criticism. My guess is he’d have slapped his forehead, “Mon, uh, dieu!” and probably gotten busy on a textual analysis of Archimedes, to convince himself of the effectiveness of the process. He’d have certainly immediately understood the argument for why textual analysts believe the prophecies of Daniel were back-dated.

What I’ve never understood is why so few christians realize that if you reject Daniel’s prophecies for the fakes they are, the whole rotten edifice collapses.

Here is a prophecy:

In 1990, I predicted that a bush would emerge from a great contest, gore-covered but victorious. It turned out I was right!