How humans perceive the world is subject to interpretation. The stories we tell ourselves about the events we experienced or witnessed are distorted, biased, conveyed with an arbitrarily chosen vocabulary. Whenever some interaction between two sentient beings happens, both of them will interpret it so as to suit their own preferences. If it is an interaction between two humans, both will use arbitrarily chosen words in order to create fictional and inaccurate portrayals of what just happened. We aren’t thinking or talking about reality as such, pure and unbiased, instead we are filtering what we just witnessed, we are distorting our perception of reality. For example, “a man penetrates and conquers, a woman gets penetrated and surrenders?” Or maybe, “A woman engulfs and conquers, a man gets engulfed and surrenders”? Theoretically it would be possible to say it either way, it’s the culture that favors and enforces one possible interpretation over the other.

In the city where I grew up, the local zoo used to have a problem with visitors feeding the animals. Visitors would give animals all sorts of snacks, which were harmful for animals’ health and wrecked their diets. As a child, I once visited the zoo and heard one of the workers say the following:

“A bear is a smart animal, he knows how easy it is to tame humans. This bear has tamed zoo visitors to throw him a snack every time he lifts up his paw.”

That was the first time in my life I started contemplating how people manipulate language in order to create a specific worldview that suits their preferences.

Human/animal relationships are interesting. People may say that “dogs have masters, cats have staff,” but I have observed that even some dogs don’t seem to recognize concepts like “master” or “owner.” They don’t obey and do what they want instead. 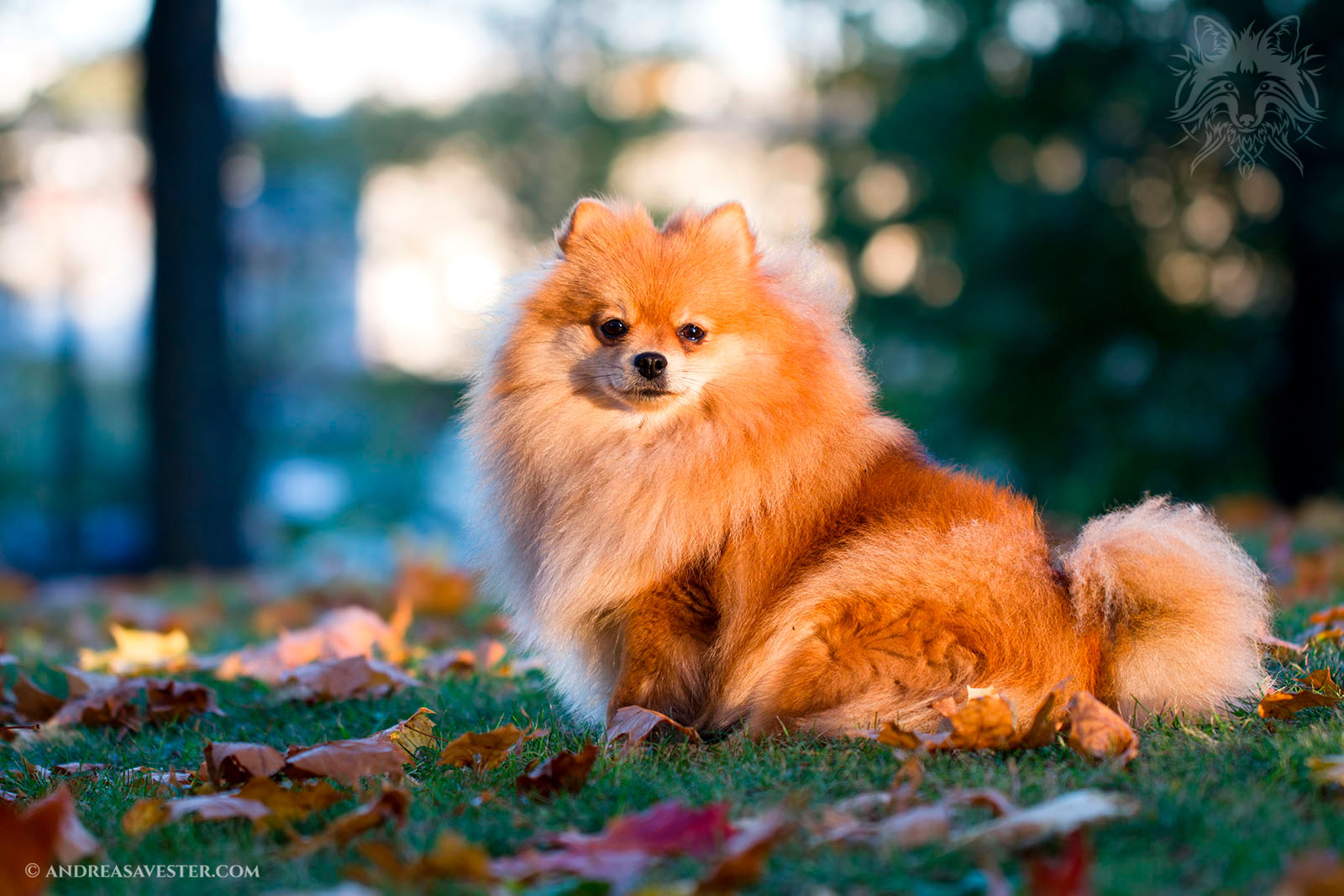 This absolutely gorgeous fluffy beast doesn’t seem to consider me her master. Some people might call her “poorly trained,” but who knows what the dog is thinking. Maybe she thinks that she is her own master and considers herself free spirited. (Here you can find more photos of my family’s dogs.)

When it comes to power dynamics between humans and gender roles, we all are familiar with a certain patriarchal worldview; for an illustration, Doug Wilson said the following:

When we quarrel with the way the world is, we find that the world has ways of getting back at us. In other words, however we try, the sexual act cannot be made into an egalitarian pleasuring party. A man penetrates, conquers, colonizes, plants. A woman receives, surrenders, accepts.

There’s a profound difference between an action itself versus some human-made interpretation of said action. After some war or genocide, history is always written by the winner who will present their preferred viewpoint. The same goes for language and vocabulary. Terms are chosen based on what better suits people who have power. It’s all about power dynamics. Why do we even use the word “penetration” in order to describe sexual intercourse? (“To penetrate”—active; “to get penetrated”—passive.) Why not use some different verb. (For example, “to engulf”—active; “to get engulfed”—passive.) In a patriarchy, people who happened to be in charge, aka men, chose words so as to better suit their personal preference, that’s all.

In order to control women’s sexuality, those with power (predominantly men) created a discourse that assigns specific roles to each sex. It was all about power and control. A man penetrates, conquers, owns, is in charge, initiates action, does things to his partner. He has the active role. A woman gets penetrated, surrenders, yields, submits, receives action, has things done to her, she has the passive role. A man’s needs and wishes come first, a woman only desires to please and serve him. Of course, the culture had to ascribe all of these imaginary characteristics and connotations to what is essentially a completely neutral action. “Insert part A into slot B.” Or maybe “place part B around part A.” Theoretically, it can be said either way. Why do men “fuck somebody,” while women “get fucked”? Because: patriarchy.

Let’s say a woman inserts a dildo in a man’s butt. It is possible to say: “He gets fucked and dominated.” Alternatively: “He experiences a prostate massage and enjoys himself.” One interpretation isn’t factually more correct than the other. It’s just that one interpretation is more widespread and culturally accepted as the norm. People are conditioned to imagine that in the given situation the woman enters, invades, occupies a precious place. Simultaneously, the man is getting humiliated, relinquishes a delicate and vulnerable part of his body to another person, lies open and exposed, surrenders to the other person’s desire, control, and wishes.

When somebody’s external erogenous zones (like a penis) are stimulated, then this person is conquering and fulfilling his desires. When internal erogenous zones (butthole, vagina) are stimulated, then said person is surrendering. Why? Just why? It’s illogical to think like this. All of these situations describe an identical action, namely a person’s skin is getting rubbed/touched/stroked. Why should it matter whether said skin covers an appendage or whether it lines a hole?

Next, let’s think about words like “top” and “bottom.” Whoever happens to be positioned vertically higher than the other person is somehow in charge? Why? Christians praise the missionary position, because the man is “on top.” So what? Why should humans ascribe meaning to how somebody’s body is positioned in terms of vertical height? Alternatively, the person who does the thrusting motion with their pelvis is somehow dominating and the person who moves less is submitting? Again: why?

Of course, this isn’t only about gender roles. The same principles apply whenever it comes to some situation that involves power dynamics, and it’s interesting to analyze the language people use. Let’s consider schools and universities, for example. “To teach”—professor teaches (active role), student gets taught (passive role). “To learn”—student learns (active role), professor helps with learning (support role). Depending on how professors and students perceive their roles, the learning environment can differ tremendously. Incidentally, whenever the professor doesn’t have a captive audience, it’s better to try to help students learn rather than teach them by delivering lectures with the aura of some kind of authority figure. My observation is that most students prefer to learn instead of being taught and lectured.

———
I’m reluctant to talk about myself and my sex life. Not because I feel like it is private information that I should hide. I have no qualms about publicly sharing these facts.

It’s just that I expect my readers not to care about my sex life and find such details boring. Whenever I read other people’s blog posts, I find such information irrelevant and not interesting. So, you are writing a blog post about sex? Great. Do you have a point to make? Some generally useful information? Any tips? Insights? Ideas? The reader probably doesn’t know the writer personally and doesn’t really have a reason to care about the writer. Thus the reader is more likely to appreciate information that is somehow useful for the reader. Hence my question to any blogger who chooses to talk about sex: do you have a point to make, or do you simply have the urge to publicly describe what sex acts you did last night? Since I’m not a good enough writer to create literary erotic fiction and get published, I might as well abstain from putting online poorly written descriptions of what I do in the bedroom.

When it comes to how I prefer to think about my actions, I’m strongly dominant. I hate the idea of surrendering or serving to fulfill the needs of another person. I consider the idea of being conquered as offensive. I am not a prize to be won, an object to be utilized for somebody else’s pleasure. I like to ascribe agency to myself, I prefer to think that I’m deciding for myself.

When it comes to what actions I actually enjoy, I like a lot of different things.

I will interpret the scene so as to give myself agency. I will be thinking, “I chose, I did,” instead of, “I was forced to, I was made to.” I will think, “I temporarily choose to follow the other person’s instructions and cooperate with him.” I won’t think, “I yield, I surrender.” I won’t see myself as fulfilling the needs of another person. Instead I will think, “The other person is pleasuring and entertaining me; I choose to allow the other person to put things into my body, because it feels good and I enjoy the physical sensation of having things in there.”

My tendency to interpret some scenario so that I have agency within it is also reflected in my choice of words. I won’t ask, “fuck me,” instead I will say, “entertain me.”

Obviously, I’m happy with various scenarios where I’m in charge and directing what I and my partner do. But I don’t necessarily want to be controlling every aspect of each scene every single time. I’m perfectly happy to think, “This time I’m here for the ride, you are welcome to do most of the work and entertain me while I just lie down and enjoy myself.” As long as I’m enjoying what the other person does with my body, I see no reason to complain. The key point is that I feel like I choose to temporarily obey the other person’s instructions in the given situation, I never think that I surrender or get conquered.

As long as I enjoy myself, I’m perfectly happy to let the other person decide what we will do. Only if something goes wrong and the other person does something that I don’t like, I start feeling the urge to grab the reins and regain control over what is happening.

On top of all that, I don’t even consider any sex acts humiliating. The way how humans ascribe meaning to specific actions is a fun topic. A while ago, I wrote about that here. The short summary: Humans arbitrarily assign meaning to various acts. There is nothing intrinsically humiliating or shameful about any situation a person can potentially experience throughout their life. All the humiliation is imaginary. For example, I don’t consider anal sex humiliating for the recipient. Alternatively—facials are something I personally dislike; but I don’t consider the practice degrading or anything like that, it’s just that it’s a big mess and having liquids near your eyes isn’t fun. Some people might imagine various sexual practices as shameful or humiliating, but it’s all in their heads, and I refuse to take seriously various cultural norms about what should or shouldn’t be considered shameful or degrading.

A Debilitating Fear » « Can We Talk About Sex? Part 2: Clueless Adults and Safe Sex