How do people find information? When it comes to safe sex, people are pretty much self-taught. Some had abstinence-only sex education at school. The few of us who got lucky to have evidence-based sex education probably only learned about how to avoid STIs and unwanted pregnancies. “Use condoms. If you are in a monogamous relationship and both people are STI free, you can use other contraception methods instead,” this was pretty much the extent of the sex education I got at school. And I was lucky. I know many people who, unlike me, weren’t taught even the very basics. At school nobody even mentioned lubricants and how to pick ones that are body safe. I wasn’t taught which sex toys are safe or dangerous to use. Nor did anybody tell me how to have anal sex without pain and injury.

The problem with being self-taught is that at first you won’t know what information to look for. Yes, the Internet is there. There are sex bloggers who have provided extensive guides about how to keep yourself safe and prevent injuries. But how is the average person supposed to stumble upon these resources? Firstly, you aren’t even aware that you need some specific information. Secondly, you don’t know what keywords to use for your Google search. Thirdly, there’s lots of misinformation out there in the Internet. How can you tell apart facts from fiction unless you are already familiar with the topic you are trying to research?

Let’s say somebody who has never used any sex toys decides to get a vibrator. What will they do? Probably open the webpage of some online store and order the first nice-looking thing that catches their eye. Most people won’t spend hours researching sex toy safety and materials before buying something. And that’s how you can hurt yourself. Majority of sex toys and lubricants that are available for sale are not safe for our bodies. The very fact that these things are being sold means that there exist countless uneducated customers who purchase potentially harmful sex toys simply because they don’t know about the problems.

Years ago I once bought some random condoms at the grocery store. I noticed that something was wrong already during use. A few hours later I had a fever. I was in severe pain. I felt like my vagina was on fire. The next day at least the fever was over, but the pain lasted for about three days. I’m not allergic to latex, so the problem was obviously with the lubricant on the condom. My body had reacted badly to some ingredient in it. After that disaster I got much more careful about what I was putting inside my body. I also went on a research binge about sex toy safety.

Let’s start with lubricants. Most of the stuff available for sale is potentially harmful. It’s not just that somebody can be allergic to some ingredient (as far as I know, I have no allergies at all). There are more things that can go wrong.

Firstly, a water-based lubricant should be iso-osmotic. A hyper-osmotic lubricant may feel nice and slippery at first, but it is extracting the moisture from your cells. That’s bad. Next, a lubricant should have the right pH, something with a low pH can sting and burn. Moreover, there should be no ingredients that are known irritants or promote yeast infections. Some of the most popular and widely available lubricants, for example the K-Y Jelly, have problematic ingredients in them.

Oil based lubricants are incompatible with latex condoms. Some natural oils, like coconut oil, can be used for some purposes, but you really don’t want to use any petroleum-based lubricants (using Vaseline is an awful idea).

Next problem—materials from which sex toys are made. If you want a soft sex toy, the only body-safe material is silicone. For hard toys there are more options—borosilicate glass, stainless steel, aluminium, wood (only with a proper coating that makes it non-porous), ceramics (if glazed and non-porous). Hard ABS plastic, a material that’s sometimes used for vibrators, is also safe.

The things you don’t want to use—TPR, TPE, elastomer, jelly, rubber, vinyl, PVC, Cyberskin, and so on. These are all porous and some are potentially toxic. Porous sex toys are a bad idea. Firstly, they cannot be fully cleaned and sanitized after use. Secondly, bacteria, mildew, or fungus can enter the pores of these materials. Once they make a home inside the sex toy, there is no way to sterilize the toy and get them out. There is almost no government regulation about sex toy materials. Each company can manufacture and sell pretty much anything. On top of being porous, PVC/jelly toys contain phthalates, which are used to make them soft and squishy, phthalates are not body safe and can cause chemical burns. Using toys that contain toxic chemicals can result is burning rashes, blistering skin, carcinogen exposure, allergic reactions, bacterial Infections. 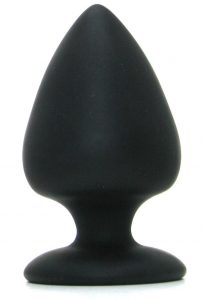 And some sex toys are just badly designed. Here’s an example. The top of this butt plug has a taper in order to make insertion easier. That’s nice. But the drop-off from the bulb to the neck also needs a taper. This butt plug can potentially turn into a literal pain in the ass. When removing a butt plug—especially a big one—you want a taper between the neck and bulb, otherwise getting it out of your body can be hard and even painful.

At this point some of you might be thinking that there is no need for such information to be common knowledge. Maybe you even think that I shouldn’t be writing about this in an atheist blog. After all, a person who isn’t interested in owning any sex toys doesn’t need to know about phthalates. Of course, that’s true. Unfortunately, the problem is that often people who are interested in trying some specific activity also fail to research potential problems in advance and end up hurting themselves.

For example, objects that are put inside the anus can easily get lost as rectal muscles contract and can suck an object up, thus nobody should ever insert into their rectum any object that doesn’t have a flared end. Some people aren’t aware of this, which is why doctors routinely have to pull various household items out of people’s butts.

By the way, inside people’s butts there are bacteria that you don’t want anywhere else in your body. Any object that has been inside somebody’s butt cannot be afterwards placed in a vagina without washing it or putting on a new condom. 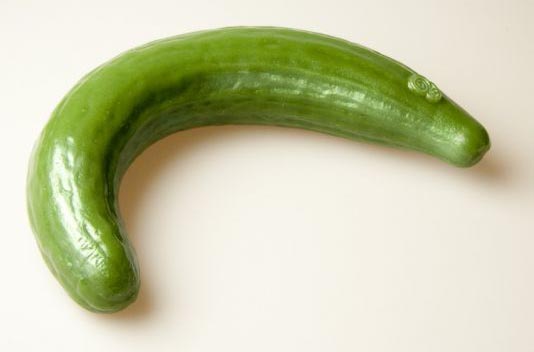 Here’s a silicone cucumber, made by a German company called “SelfDelve.”

And for atheists with a sense of humor, here’s a silicone crucifix. This one is made by a company called “Divine Interventions.” 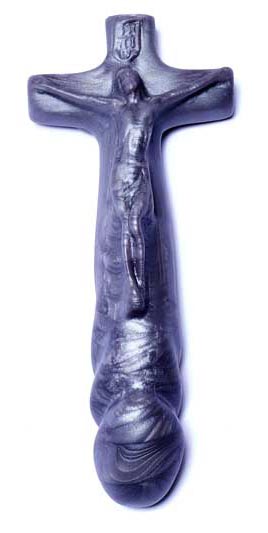 Of course, nothing is entirely black or white. Some sex toy/practice is never either absolutely safe or guaranteed to hurt you. That lubricant, which hurt me so badly, didn’t cause any problems for many other people who used it. It depends on your health, also on what exactly you do in the bedroom. Personally, I tend to be risk averse. Thus right now I’m recommending also other people to be careful and educate themselves before experimenting with new things.

Right now in our society a lot of people are poorly educated about sex. What’s worse, they aren’t even aware that their lack of education can cause health problems. How to fix the problem? One solution would be to normalize casual conversations about sex among acquaintances. Make it socially acceptable to mention these problems also in places that don’t cater to those specifically searching for sex-related content. Of course, I don’t necessarily want to see random photos of erect penises while browsing some news site or social media page. But I don’t like the current situation that even words like “vagina” are censored by many websites.

The taboo nature of the subject and a belief that polite people don’t talk about sex in public helps to spread myths and misinformation. People can’t openly talk about sex. Or maybe they are just reluctant. While browsing the internet, I can randomly stumble upon some information about how some food is bad for health. I’m much less likely to randomly find an article about how some lubricant is bad for your health. Hence this blog post. Maybe today some of my readers randomly found this blog post and learned something useful. For example, if you have heard that some sex toys are made from toxic materials and you are considering buying your first toy, you will at least know that you should research the topic.

About toxic sex toy materials.
About lubricants and why some of them can cause health problems.
About coconut oil (yes, it can be used as a lubricant, but only for some purposes).
Why some butt plugs are better than others.