This morning, Sam had a great big hunk of steel to thin down. Here’s where the process of “endless refinement” kicks in: you remove things carefully and consistently, shredding off everything that doesn’t look like blade.

I spent most of my time preparing a different bar for my own purposes, while Sam say in front of the belt sander, making dust. One thing that occurred to me is that the process is fairly beginner-friendly: you start off with something that you can’t really screw up, and by the time you’ve refined it to the point where a screw up will matter, you’ve got several hours of experience with the grinder. Mostly I spent my time advising on strategy, e.g.: “put it vertically on the platen and it will make distinctive scratches where the metal is sticking out too far.” There is also a learning curve regarding the speed with which things happen; the metal doesn’t disappear quickly and you have plenty of time to think about what you’re doing. When you start trying to straighten the edge to finish the blade, things happen a lot faster – if you hit the edge wrong with the grinder, you can take a great big divot out of it. 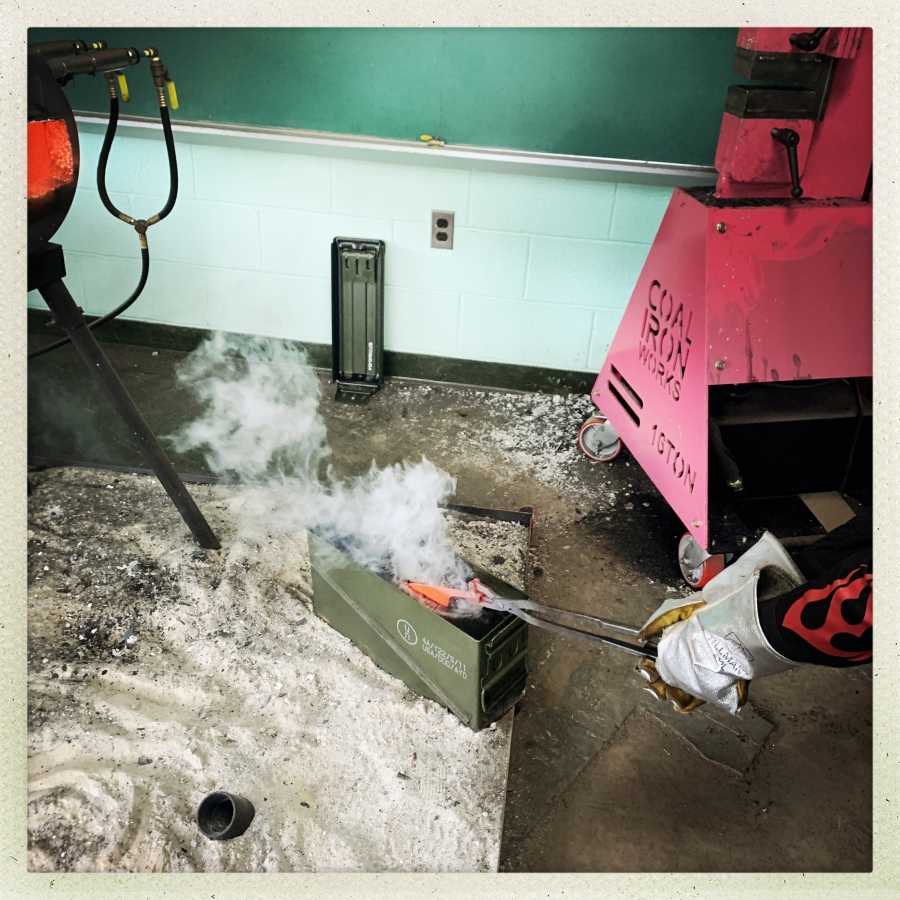 Quenching the blade is a dramatic way-point: you shape the blade down, then heat it and dunk it and then… wipe it off and go back to shaping the blade even more. “That’s it?” Yep, that’s it: thin it out then thin it out more then polish it (which thins it out) and sharpen it (more thinning) then put a handle on it.

We did a short walk-through of my wood collection and Sam decided wisely on ebony bolsters with white maple handles. It’s going to look very traditional.

There’s just a lot more thinning and shaping to do. 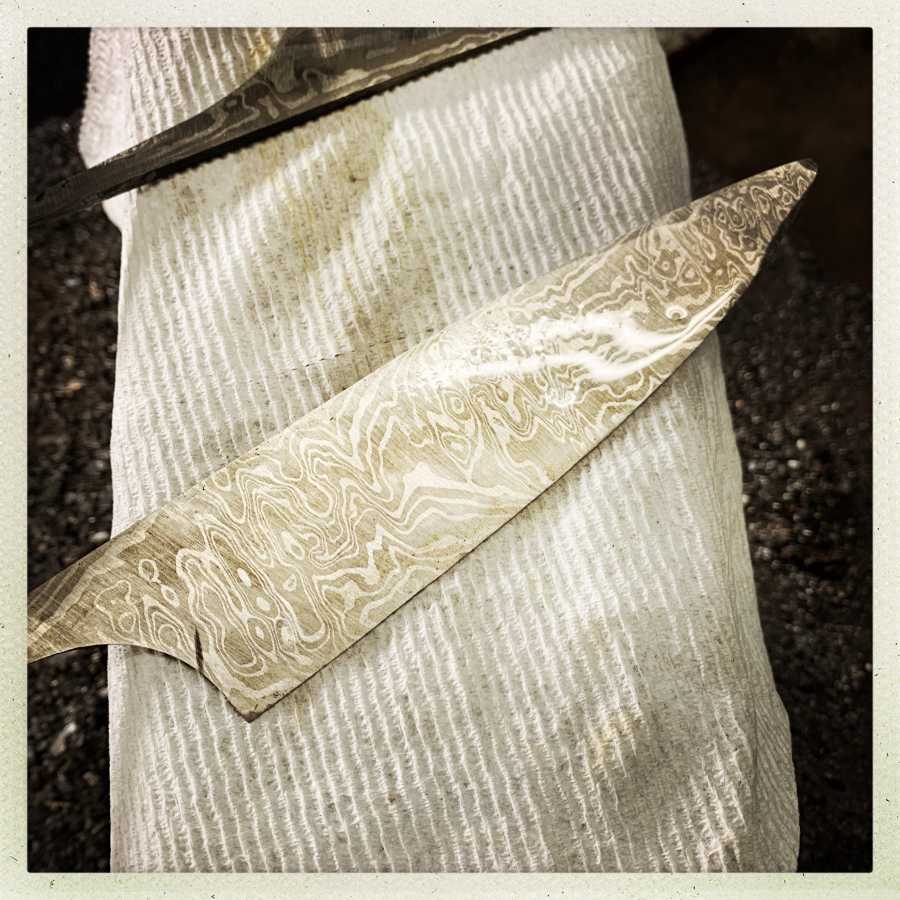 Right now, the edge of the blade is about as thick as 3 or 4 sheets of paper. Tomorrow, Sam’s going to do a little more shaping and thinning then it’s time to switch to getting the scratches out of the steel. The plan is for that to be the morning, then I’ll talk him through broaching the bolster and drilling the handle then home for burgers on the grill and hard cider, and gluing the handle up. Saturday morning should be just shaping the wood (very quick!) and then Sam’ll be off on the road, heading toward the next way-point in his life.

Related but unrelated: the suminigashi carbide holder I sent to Australia has suddenly re-surfaced at its destination, with no warning to me. The USPS appeared to think it was in Chicago, but I got an email that it had arrived, then checked the USPS site and it shows it was delivered. I suspect whole parts of The System have been breaking down due to the coronavirus; the tracking system probably purges items from its database if they haven’t moved in over a month or something like that. Anyhow, I’m happy that the bar that was lost has now been found!