Besides, it was for a good cause. Etc.

The psychologist (I have to get that in) responsible for the CIA’s torture program has been testifying at the trial of one of his victims. It’s interesting because the government is trying to argue that any evidence gathered against the terrorist is still valid, because he confessed. Meanwhile, the victim is saying “I’d have confessed to anything.” That’s the problem of torture confessions in a nutshell and the US government appears to have been so collectively vicious that they simply overlooked that in their blood-lust. [nyt]

Shown a chain with a red lock and built-in blue metal device, Dr. Mitchell said it looked like something you could “cinch up like a horse collar” but declared the device “completely unfamiliar to me.”

His answers were much the same as he was confronted with questions about other accounts of how the prisoners were treated. Dr. Mitchell said he did not recognize a screeching rendition of the heavy metal song “Let the Bodies Hit the Floor,” which detainees claimed was blasted at them in isolation. He disputed the fictional portrayal in the recent film “The Report” of Mr. Mohammed being violently waterboarded.

In Mitchell’s book, he delves deep into the torture-pornography descriptions of what he did; i.e.: the whole book Enhanced Interrogation is a confession to crimes. [wc]  Remember: torture is a capital crime in the US and under US law if you commit torture in another country you are still subject to being charged for the crime, here. Naturally, Mitchell’s not worried about any of that; Obama’s moved on and Bush has forgiven himself, and Gina Haspel sits at the left hand of the gibbering goon in the white house.

Why are they getting into absurd questions like whether or not he recognizes “Let The Bodies Hit The Floor” or whether the song was “Highway to Hell” – Mitchell clearly says that they played loud music at their victims as part of sleep deprivation and in an attempt to break their will.

I’m also a bit nonplussed that there is no better description of the chain and metal device; Abu Zubaydah has provided sketches of the various things that were done to him, and there has been plenty of time for the plaintiff’s lawyers to determine what the device was for. Mitchell’s probably lying. I think that they should perhaps waterboard him until he remembers.

Mr. Mohammed “didn’t scream, grunt or do anything,” Dr. Mitchell said, citing his recollection of the 183 times he waterboarded him in March 2003. Mr. Nevin responded to Dr. Mitchell’s account by reading from a C.I.A. cable that described Mr. Mohammed letting out a “whimper, whine and moan” as guards led him to the waterboard. 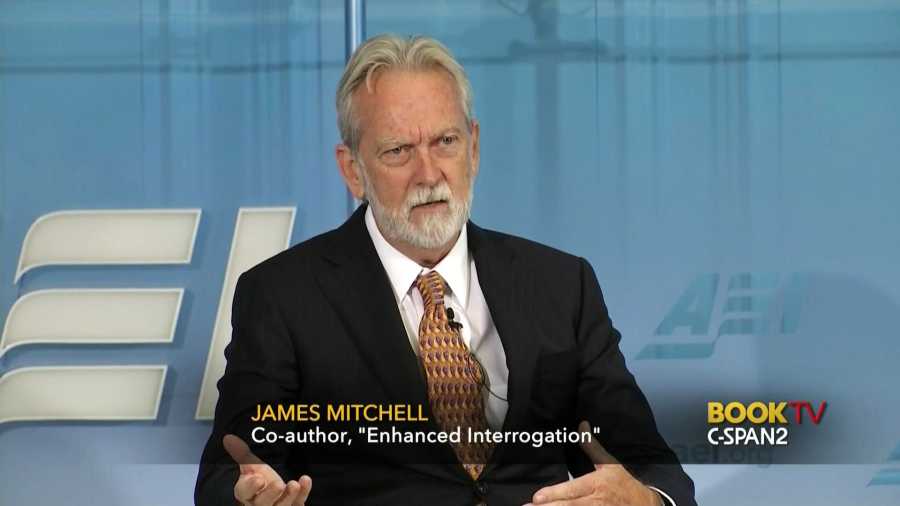 This illustrates a serious problem with the judicial process. Mitchell’s testimony is presumed to be true, but he’s confessing to a capital crime; why wouldn’t he be willing to maybe lie a little bit on top of that? One of the things that worries me is that they may have granted him some kind of immunity in return for testimony. I’m sure his lawyers are on that. Mitchell and Jessen made over $160 million running the torture program for the government, and now he forgets? They should review the invoices; Mitchell’s the kind of douchebag who’d have claimed “3 feet of chain, $9.40” on his expenses.

Mitchell and Jessen were already aware of what they needed to conceal: [courtroom news]

In another, the interrogation team wrote to CIA headquarters demanding assurances that if they did not kill a detainee, he would not be allowed for the rest of his life to speak to another person not involved in his interrogation. The team also made arrangements to cremate the detainee’s body if he died in custody to hide evidence of torture.

Catch that? This is the same guy who testifies that he thought that their actions were approved and were legal. If you don’t think you’re doing something criminal, why would you go out of your way to try to hide your crimes? [Obvious reference to Trump impeachment deleted]

By the way, this is what you need to do to qualify as a CIA interrogator:

During a deposition, Ladin asked Jose Rodriguez, a former director of the CIA interrogation program, about the due diligence he did on Mitchell and Jessen before hiring them.

Rodriguez replied he did “nothing” to vet them. “I just took it for granted that they knew what they were doing,” he said in the videotaped testimony.

Rodriguez was the guy who ordered the torture tapes destroyed because he “didn’t think anyone would ever need that material.”

The current case is about Khalid Shayk Mohammed, who was involved in the planning of 9/11. Mitchell and Jessen tortured plenty of other folks (as Obama might say) including a lot of detainees who were nobodies that got swept up in the CIA’s “cash for insurgents” program. [Basically, if you were in Afghanistan and didn’t like your neighbor you could sell them to the CIA and get paid to have them removed]

But the tone changed dramatically on Monday, when Dr. Mitchell testified that he threatened to kill one of Mr. Mohammed’s sons if there was another attack on America.

He said he did so after he consulted a lawyer at the agency’s Counterterrorism Center about how to make the threat without violating the Torture Convention.

He said he was advised to make the threat conditional.

So, before telling Mr. Mohammed “I will cut your son’s throat,” Dr. Mitchell said, he added a series of caveats. They included “if there was another catastrophic attack in the United States,” if Mr. Mohammed withheld “information that could have stopped it” and “if another American child was killed.”

In a just world, Mitchell would be hanged for that. And, as they put the noose around his neck, some lawyer would intone solemnly, “this is what you get when you don’t back-check dodgy legal advice.” There is no provision in the torture statute that says it’s OK to threaten to kill someone’s child as long as it’s conditional. Threatening to kill someone, or setting up a mock execution, those are the crimes that are specifically prohibited. Then, when they pull the lever, and he drops, the rope would snap and he’d land on a nice soft stack of plywood or something, while everyone laughed. OK hand me my Milwaukee drill and a 1/2″ forstner bit, this time I’m not joking.

Hey, isn’t practical hands-on stuff like torture the domain of Psychiatry not Psychology? Stupid Marcus doesn’t know the difference between the fields.

Machinists appear to be more moral than psychologists; I haven’t heard of a machinist setting up a torture program. But if they did, holy shit…

Through history a lot of torturers were drafted from the ranks of blacksmiths. I guess that’s because there’s a lot of overlap in the gear. I guess if a blacksmith was a failure at metal-work some lordling would come along and say “grab your tongs and hammer and come with me, I have work for you.”