The right, at this point, is simply suicidal. 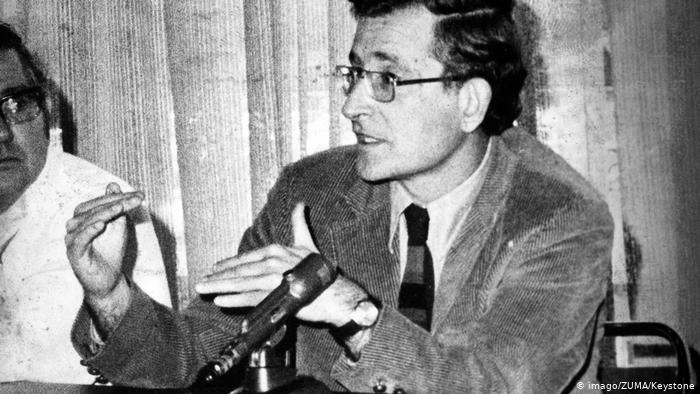 And not in the long term. The Paris agreements, a couple years ago – they weren’t fabulous, but they were something, at least. Their original intent was to create a treaty in which there would be verifiable commitments to some measures, to avert the huge threat of global warming. Couldn’t get a treaty; it had to be a voluntary agreement. Why? Republican senators wouldn’t accept it.

Take the Republican primary of 2016. Every single candidate without exception either denied that global warming was taking place or said “maybe it is but we don’t care.” John Kasich, the governor of Ohio, who was considered the real moderate of the group said, “yeah, we recognize that global warming is taking place and it’s serious but we in Ohio are going to use our coal and we’re not going to apologize for it.” That’s the moderate Republican.

It’s far from the best interview I’ve seen with Chomsky. The poor fellow is starting to sound old and tired, and I felt bad for him, getting asked the same questions that he has been answering since the 1960s. The interviewers were not well-prepared and some of their questions were downright stupid, i.e.: “what do you think of postmodernism?” At one point they asked him about Jordan Peterson and he was deliciously dismissive. Chomsky remains a consistent and thoughtful voice of dissent. It’s got to be depressing for him to see how the world has veered into authoritarianism in the last decade.