Controversy swirls around Trump’s declaration that US troops will leave Syria, where they have been sitting as a buffer between Turkish troops and Kurdish irregulars. [stderr]

What’s amazing, to me, is that the military-owned members of congress are suddenly in the unusual position of having to pretend to care what happens to the Kurds. Presumably that’s because they can’t come up with any other actual good reason for US troops to continue to illegally occupy part of another sovereign state – that’s the kind of naughty thing that Russia does, not us, so let’s not discuss that part of it.

I think the understood thing that Trump is refusing to recognize is that there’s a giant US special forces/CIA drone base somewhere up in there, and it’s conveniently located strategic real estate that the US intelligence/military apparatus intend to hang onto for a very long time. Unlike Iraq, which got pesky and asked the US troops to leave, Syria can be treated as a failed state that nobody has to listen to. The Iranians can allegedly move troops and gear in, and the Israelis can allegedly bomb them, and the US can allegedly call artillery strikes in on Russians that are allegedly not there either – it’s hell’s play-ground and the military and intelligence community are making their own foreign policy. How dare Trump interfere with them? It was OK when his crooked buddies were messing around in Ukraine but Afghanistan and Syria are “where the iron crosses grow”; there are still a lot of people to be shot and bombed. Who cares if there is an actual, militarily achievable, strategic objective? 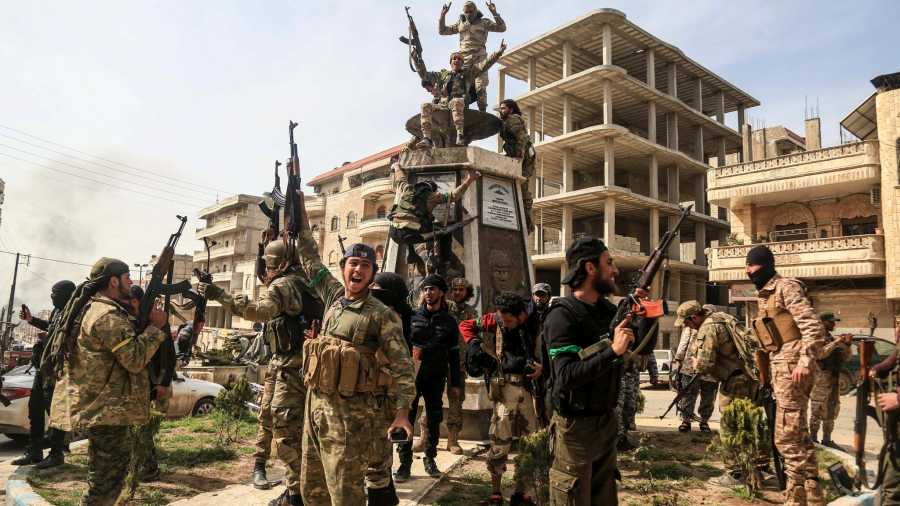 Turkey is already making a land-grab; Afrin is under Turkish control but it’s a city in Syria.

It’s odd that suddenly Trump is the one who is talking sense about strategic reality, but you know what they say: even a broken clock is correct twice a day, if only briefly. There is no point in being in Syria; it’s just expensive murder. I’m baffled that Trump is bothering to pretend to care about either of those things.

The establishment and press are describing the situation as Trump knocking “US foreign policy” off the rails, or something like that. Is that supposed to imply that US foreign policy regarding Syria is “on the rails” and going smoothly? US foreign policy is what opened the gap in which ISIS grew in the first place; it’s not impressive. In fact, it’s downright incompetent and has resulted in Iran growing more powerful, the rise of well-armed and hardened insurgent factions throughout the region, and it opened the door to land-grabs like the Turks have been doing for the last year-plus. 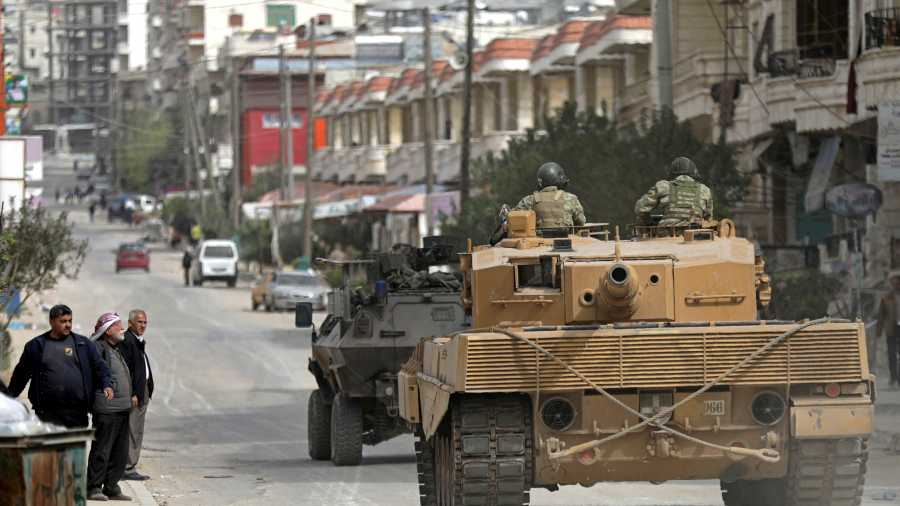 A Turkish M-1 Abrams, Made in Detroit, prowls the streets of Afrin

Having a bunch of US troops blocking Turkish troops from grabbing more land is going to accomplish exactly nothing; what, are they going to do, stay there forever? The US is obviously not going to stop Turkey, or they would have done it by now, and proto-dictator Erdogan is already past listening to appeals for kindness toward the Kurds.

As usual, I’m shocked by Trump’s vulgarity; speaking of the Kurds as though they were Uber drivers that he was going to shaft by not leaving a tip.

There are two things of value that come from this:

One, nobody in the US military can claim any longer to believe in what they are doing. They must accept that they are not there to “help” anyone and are mere servants of an imperialist power. I believe that it ought to have been impossible to feel that participating in the US military, after Vietnam, was plausibly a service or a good thing, but now that sham needs to be put away for good. As the hippies used to say in the 60’s: “baby killer!” To be a US soldier means to mostly spend your time killing defenseless civilians.

Two, no other nation should believe the US’ “we’re here to help!” bullshit. The US should be recognized internationally as an imperial power with a completely nihilistic foreign policy; our policy is “might makes right!” Naturally, there will still be plenty who choose to work with the US, but they should not kid themselves – it’s a relationship of expedience and they are merely servants.

Book Review: Mechanizing Proof » « I Don’t Even Know What This Is