This was an experiment in hammer-shaping and leaving the blade spine rough. It turned out that it started to look OK, so then I couldn’t just toss it in the scrap box; I had to find a person for it and finish it. Fortunately, one of the models I used to photograph has taken to doing SCA/reenactment stuff, and I thought she could probably use an everyday seax. That meant it had to be safe to carry, in spite of being absurdly sharp. 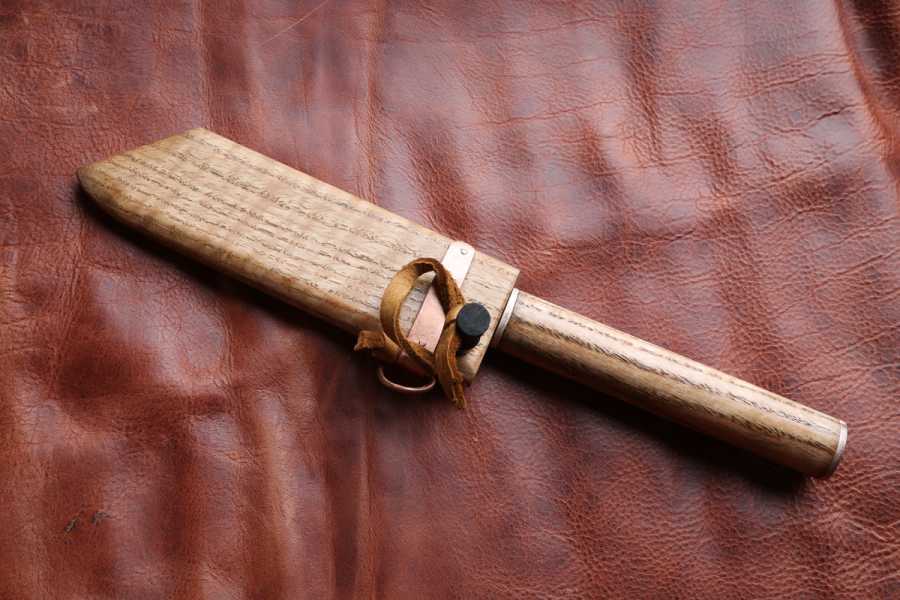 The scabbard’s rigging makes more sense when you see it in action – the wood is heavy enough that it balances the handle/blade pretty evenly. The carry ring (soldered copper electrical wire) is at the balance-point of the whole assembly, so it will hang nicely from a belt or cord. The ebony peg goes through the scabbard and locks the blade in place.

I was particularly happy with the ebony peg, since it marks the first fully worthwhile thing I’ve turned on my new wood lathe (I upgraded from an old Sears Shopcraft to a newer and safer Woodtek).

This is mostly made from scraps. The steel of the blade was a piece of cable bar that started coming out too thick for a nice cooking knife so I decided to try a seax shape. The bolster and end cap are the last pieces of my big mokume’ gane billet that I made (which I mostly sent to kestrel) so I was able to use up a lot of bits and pieces and make a carry-worthy camp knife. 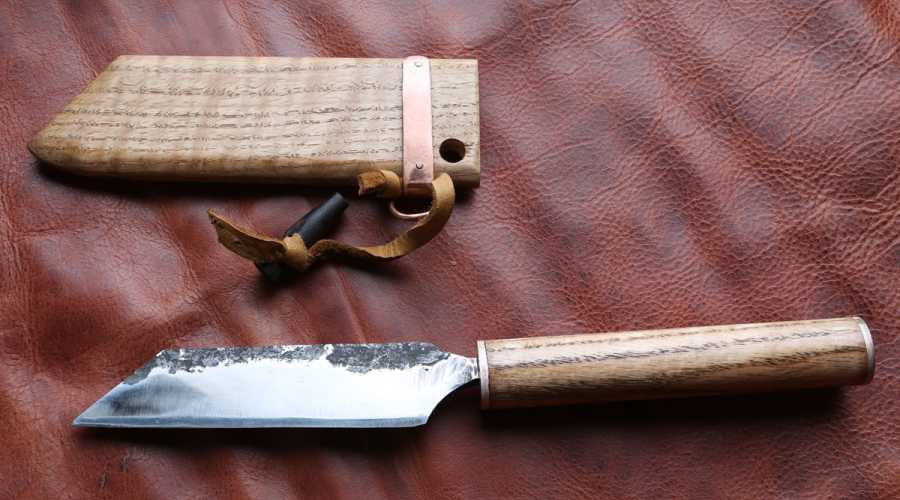 I came to appreciate the seax-style grind: it’s very easy to do. And it results in blades that can be absurdly sharp and strong. In fact, I did something I usually don’t do, which is: I gave the blade a secondary bevel (clearly visible in the photo above) that keeps the edge thick enough to be tough for chopping and whatnot.

My grandfather was a violin-maker and I inherited a few of his tools. One of those was a reamer for shaping the holes in the neck for where the tuning pegs go. I was very happy to be able to use that to adjust the angle of the hole through the scabbard, and used it as a model for the peg while I was lathing it. Everything came out just right, which was quite a surprise!