The belltowers at Notre Dame are basically a medieval version of one of those barbecue charcoal-lighter cylinders. During the fire, you could see that the pompiers were trying to soak them down thoroughly. Apparently, they succeeded.

At one point, there was a picture of the left tower, with flames clearly shooting up between the floors. It’s the other tower that houses the great bells, including Emmanuel, a 13-ton bronze monster that was cast under the reign of Louis XIV. You may recall that bronze-casting was reaching its apex in Europe, as the cannons used by the Sun King’s empire were standardized, which led to their dominance on the battlefield under Napoleon Bonaparte.

I was hoping to find an illustration of what it looked like when they installed the bells (Diderot’s Encyclopedia lets me down!) but it must have been quite a fraught undertaking. Presumably the floors of the tower were removed and a hoist was mounted at the top, then, it was wafted up to its resting-place. 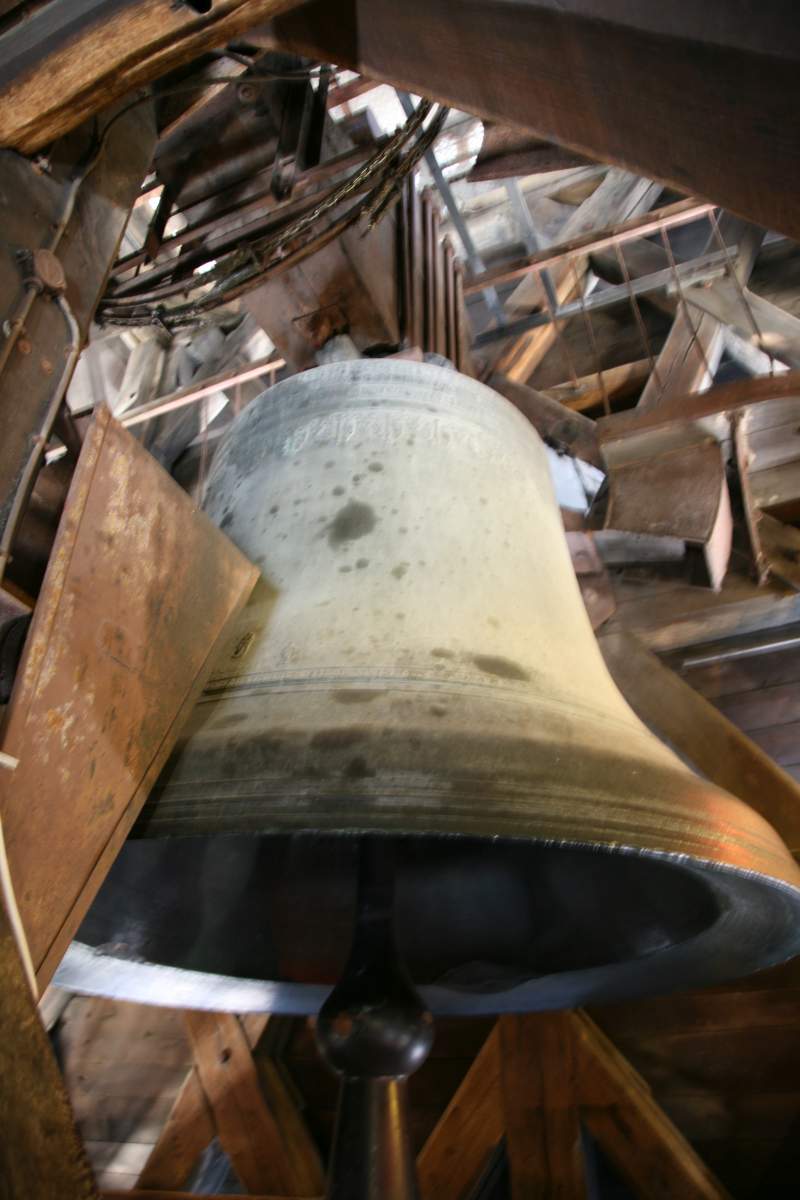 The bells of Notre Dame were(are?) beautifully tuned and make a characteristic peal that says “Paris” to me. The role of cathedral bells in history is fascinating – not only did they call the faithful and mark the hours, they were an alarm to call people back to the town’s walls if the English attacked, or the Germans, or the allied troops had liberated the city. On 9/11, they rang the bells in sympathy for the suffering that was going on in New York City.

Look at the dent the clapper made in the inner edge of the bell. That’s some sustained impact!

When I was a kid they used to have tours in the attic, the long gallery of wood that burned. This is going to sound stupid but I’ll say it anyway: it reminded me of a cathedral. Inside of a cathedral. Probably also a carpenter’s nightmare, though I can’t imagine any carpenter who built something like that could feel anything less than pride at the accomplishment. Some of the beams up there were as long as a football field; making the ‘frame’ consumed an entire forest. Now that they are talking about restoring the cathedral, I wonder where they will get the trees. The world has no trees like that, any more.* 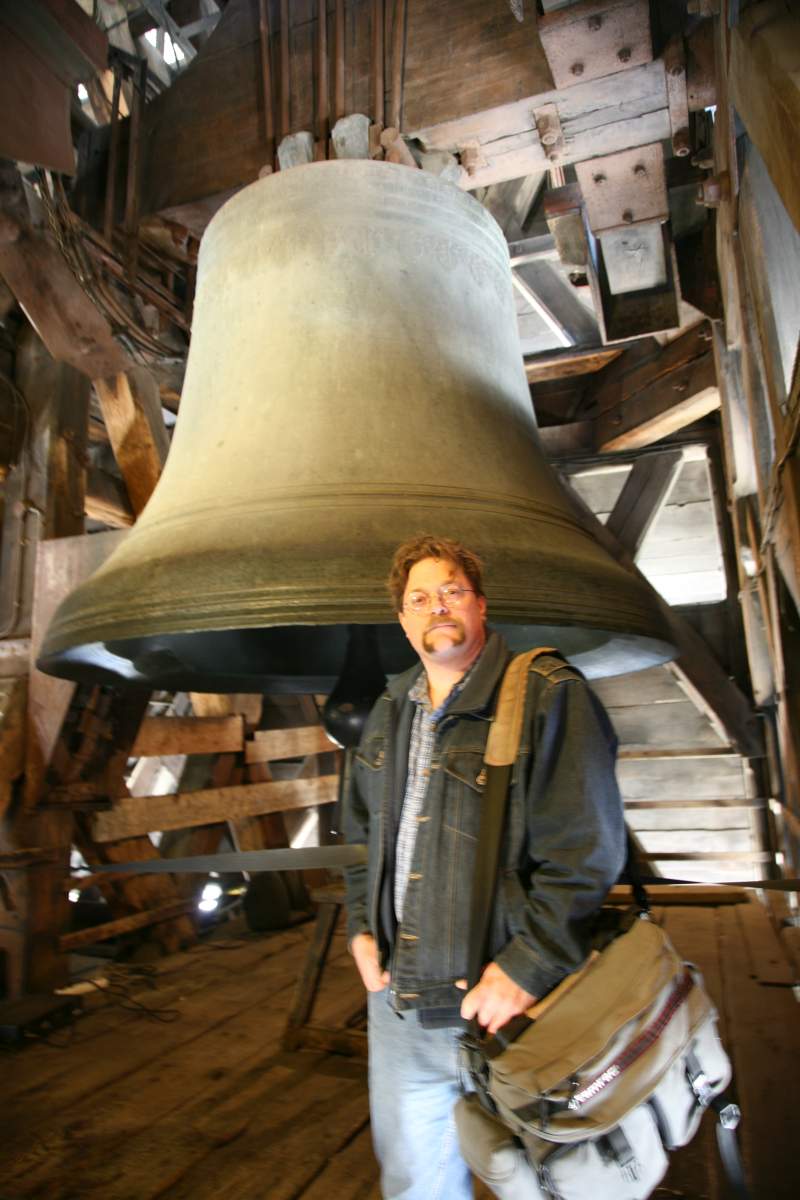 I looked at the picture of me and burst out laughing. That was when I was still in my “haul a camera bag” stage; I took a ton of gear with me everywhere I went. That bag probably weighed 25lb and hauling it up the stairs would have been a good workout.

Diderot’s Encyclopedie was a huge catalog of industrial processes. When I was a kid, pages from it would sometimes show up at rare bookstores, when some bastard broke apart a copy to sell individual plates. It must have been a hugely risky process and incredibly time-consuming to make that mold and heat and pour all that bronze. 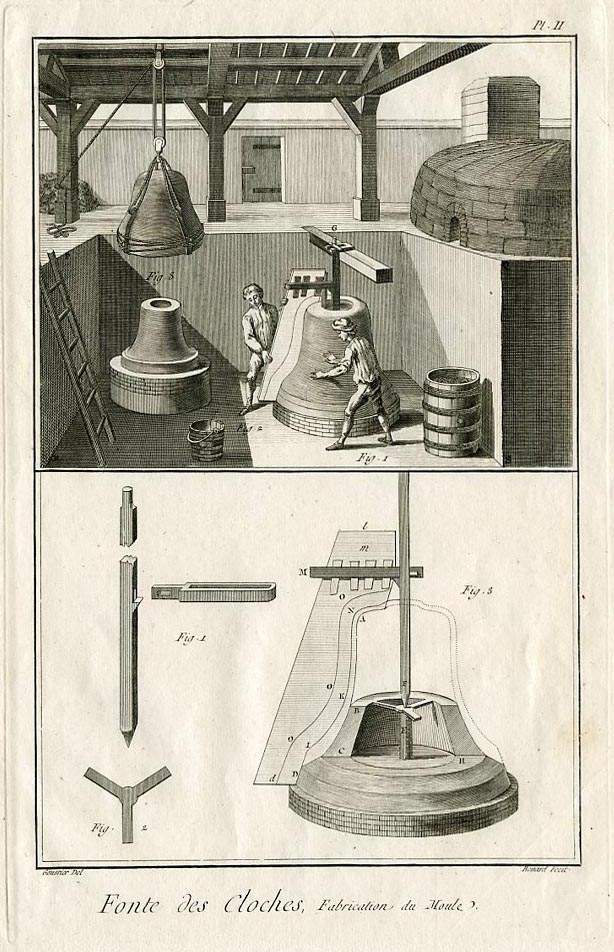 Meanwhile, Everywhere Else in the World » « Sympathy