When the mistral wind from North Africa blows up into the south of France, the summers are hot and dry and cloudless. I forget the year, but I was around 9 or 10; the rest of the situation was unforgettable.

Things got so dry that some of the springs in the village dried up. That had not happened in my memory, but I was a kid. The farmers were worried because their sheep and cows needed water, but I was worried about something else: the tadpoles in the watering-trough. There was a community watering-trough at the edge of the village where the water table was lower, and the cows and sheep drank it dry; there was only a bit left at the bottom and it was a writhing mass of tadpoles dying against the drying stone.

I was horrified and ran to dad to ask for help. That was when he explained to me that sometimes things were inevitable and the tadpoles were probably already fatally injured from the partial dehydration. What was I going to do, scoop them out with my hands and carry them somewhere? I asked if I did that, whether he’d give me a ride in the car to the river (about 4 miles) and that’s how that went. I’m sure my dad was right, and they died, but we made the effort. As we drove back, he said, “You can never save them all. There are going to be other places, elsewhere.” Obviously, it was an unforgettable lesson. I had dreams about the tadpoles for weeks afterward.

As I write this, I’m dealing with some unexpected headaches. The water company called me and said “you’re 12,000 gallons above your normal consumption; maybe you need to get your pipe checked…?” Oh boy. I immediately thought that maybe one of the construction trucks had clobbered a standpipe or something like that. So I went out and walked the line across the fields and into the woods. I don’t see anyplace where 12,000 gallons of water might be hiding but the damn stuff goes down because the earth here is very good and soft. I’ve got calls in for help but I am not sure what to do and it’s still running. But that’s not what this story is about. This is about walking the pipe-run looking for signs of a fountain.

There are some natural springs in the woods, where the water oozes up and under the driveway and down eventually to Deer Creek. There was no sign of additional water upwelling (as if I’d know) or silt in the water. But I noticed: 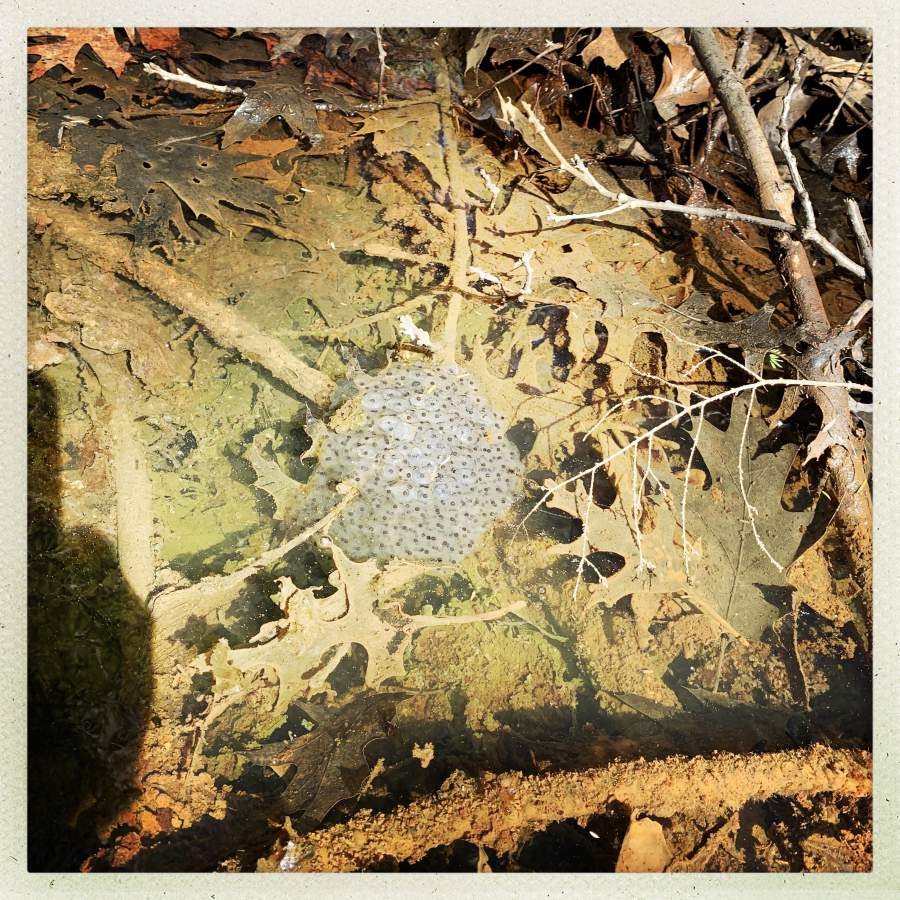 Way to plant your genetic legacy Ms Toad. Then I realized that puddle isn’t going to last into next week. That’s melt-off from the snow and rain; it’ll be dry soon.

I’m sure dad would have come along if I’d asked him to, but he’s 86 and he’s 4 hours away. So I walked back to the house and got the truck and a scooper. Let the childhood trauma drive, we’ve been short on toads the last few years, so if I can boost the population I’m all in. 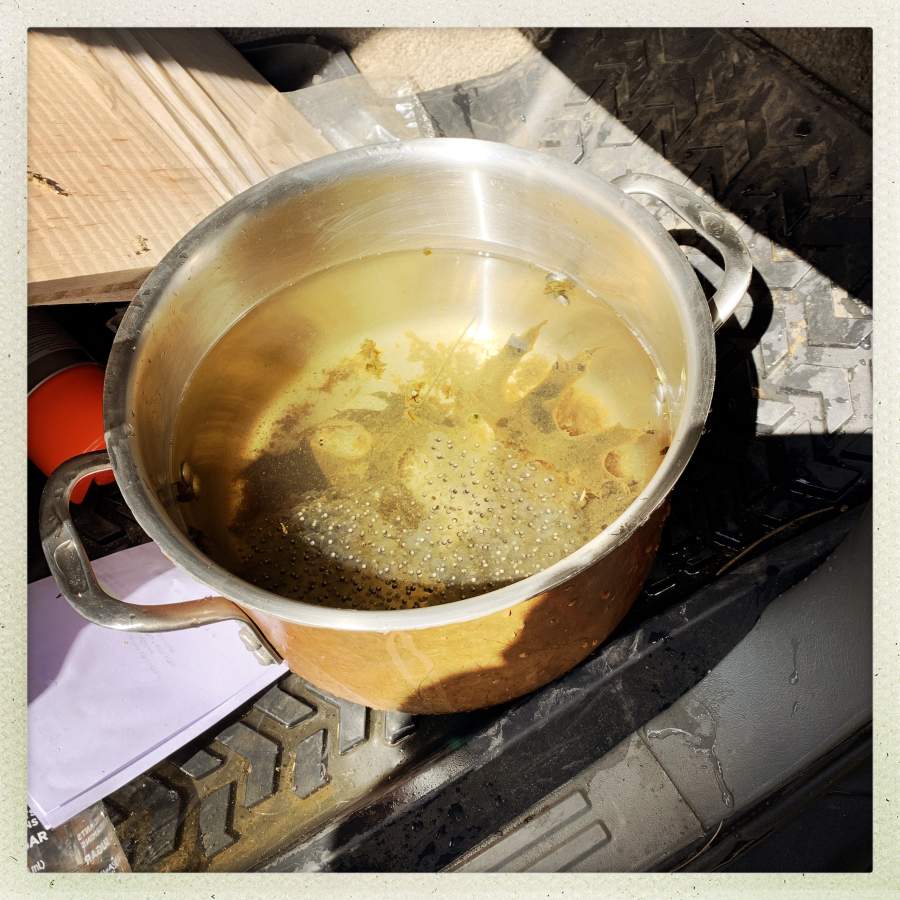 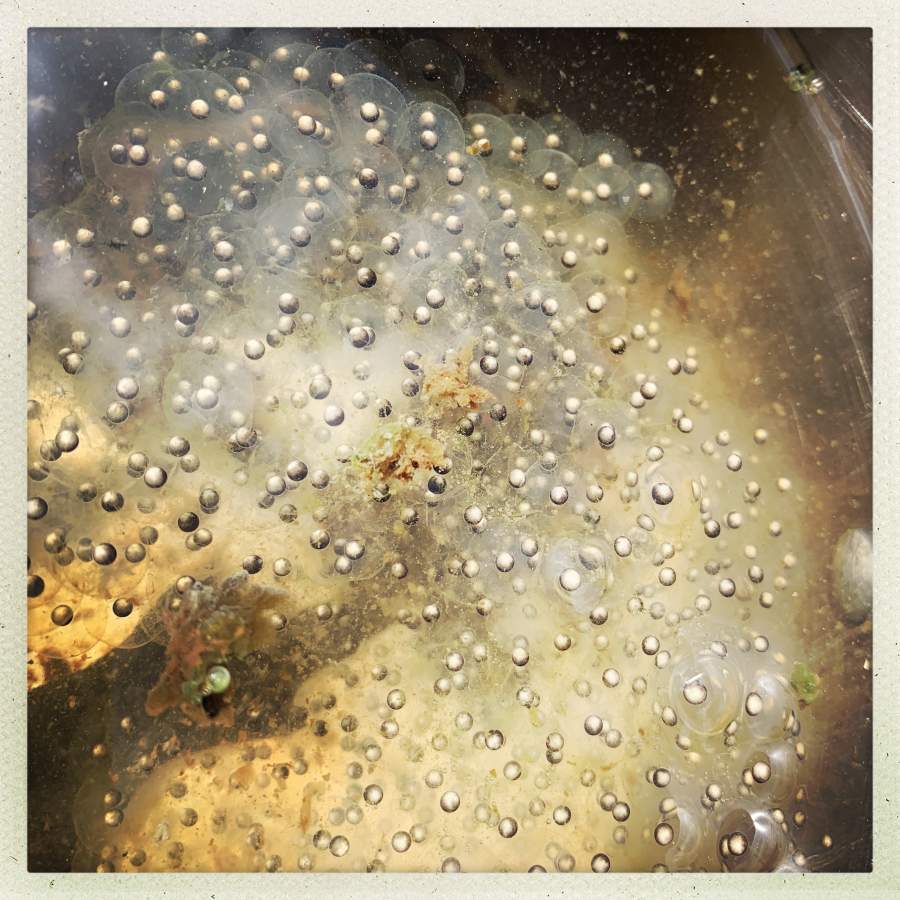 I can’t tell what they are, really. They might be salamanders or something else. I don’t really care. I know they’re going to probably hatch and eat eachother. I know that birds and bugs and bacteria will feast on them. Maybe one of them will survive. It doesn’t take much to try to help, even if the help isn’t going to work in the long run – the point is that it says more about my childhood traumas than about whether toads have some kind of right to live or not. I think tadpoles and salamanders are super cool and they eat mosquitoes (not many of those around here, actually) so they are welcome. 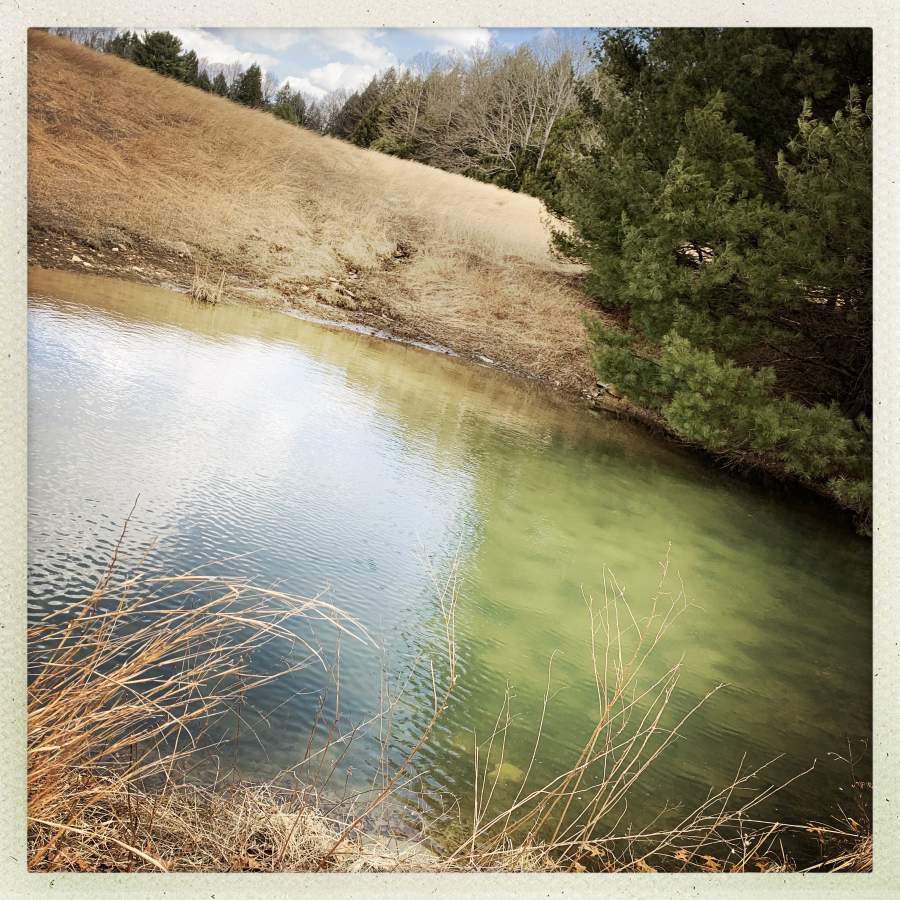 “Obviously it was an unforgettable lesson” – I remember when I read The Silence of the Lambs I flashed back to that moment, as I thought about how such lessons can inhabit our nightmares for a lifetime.