I think it’s pretty progressive that the town of Fair Haven, Vermont, elected a mayor who is a Nubian … 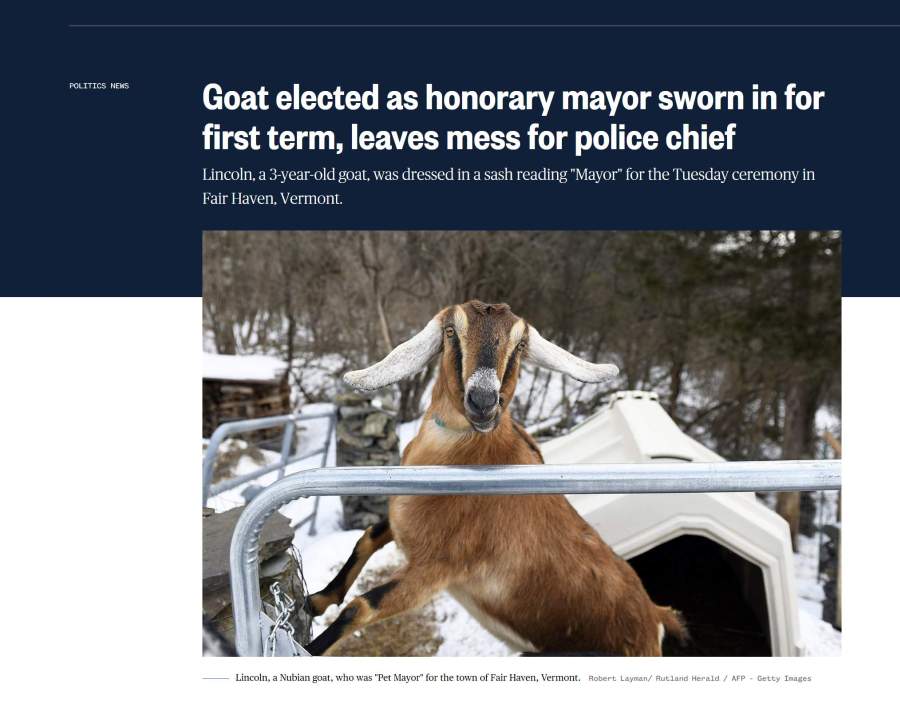 Apparently one of his first official acts was pooping on the floor.

Surprisingly there was no outcry from conspiracy theorist republicans asking to see the goat’s papers, to make sure he was a Nubian Goat from New Jersey, or something. There’s humor hidden in this mass of absurdity but I’m having trouble finding it. 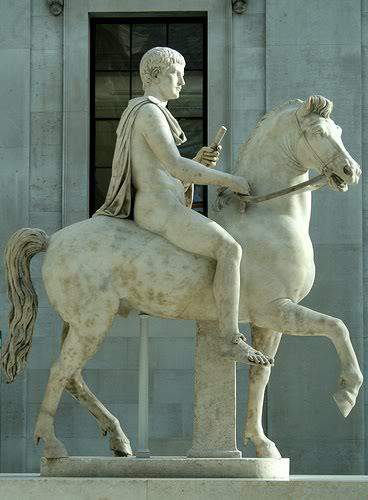 Wait, no, I found it: this is Caligula’s horse Incitatus 2.0, who was elected to the Senate. Incidentally, is the name “Incitatus” related to “Incitement”? This seems to be a manifestation of political ennui. It’s hard not to look at Donald Trump and wish he could be replaced with a horse or a goat. Although, in terms of liking the sexy-time, a goat probably would probably only be an improvement in competence, not profligacy.

I guess the only happy news I get from the story is that the police chief apparently had to clean up literal shit from the mayor. That’s a precedent I approve of.

That sure is a handsome goat.

Worth Its Weight In Steel » « Wow, That’s a Turkey