Water and computers mix notoriously badly; that’s why shower faucets tend to be purely mechanical designs. Imagine my puzzlement when I got to my hotel in Stuttgart and discovered that someone had, obviously, spent a great deal of money and effort to make the bathroom shower more complicated than it needs to be.

The controls are, at least, labeled. The top button is “on/off” which turns on the water. The temperature (helpfully stuck on Celsius instead of Freedomheit) is displayed on a little LED bar (not pictured). The buttons with the dots on the top and bottom are “hotter” and “cooler” and the button at the bottom switches the output between ‘tub spout’ and ‘shower head’; there’s no option for more/less water; that’s assumed to be 100% on or 0% off. 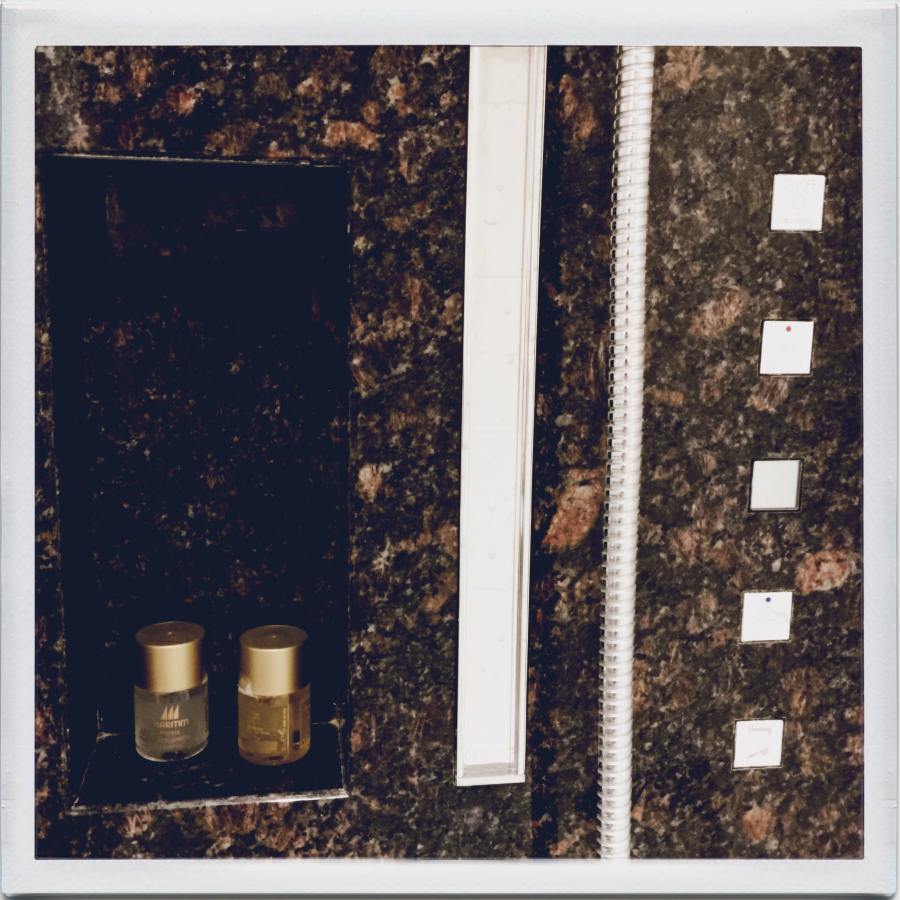 But, why? There’s obviously a computer (of some kind) behind the panel, to drive the LED display and control a temperature feedback loop through some settable output on a solenoid-like thing on the hot/cold feeds. The funniest part about the darned thing is that it still doesn’t address two basic problems of showers:

There is a category of art that seems to seek to establish value by doing things the hard way. Turning shower faucets into a software problem seems to be a case of doing it the hard way.

I’m waiting for someone who loves software to make an app-controlled showerhead, which encourages you to take your expensive $1000 iPhone X into the shower with you.

Naturally, I searched Amazon for “app controlled shower faucet” but there don’t appear to be any. On the other hand, whatever controller gear the German shower faucet has to drive the LCD and feedback loop is pretty much what you already need – just add a WiFi interface and an app. How then do you peer your phone with your shower? Probably bluetooth. Just shoot me.