It turns out that bad cops work well with other bad cops, encouraging misbehavior. Normally, I’d consider that obvious; it seems to be a general rule of organizations.

It is my opinion that organizational dysfunction follows two paths: 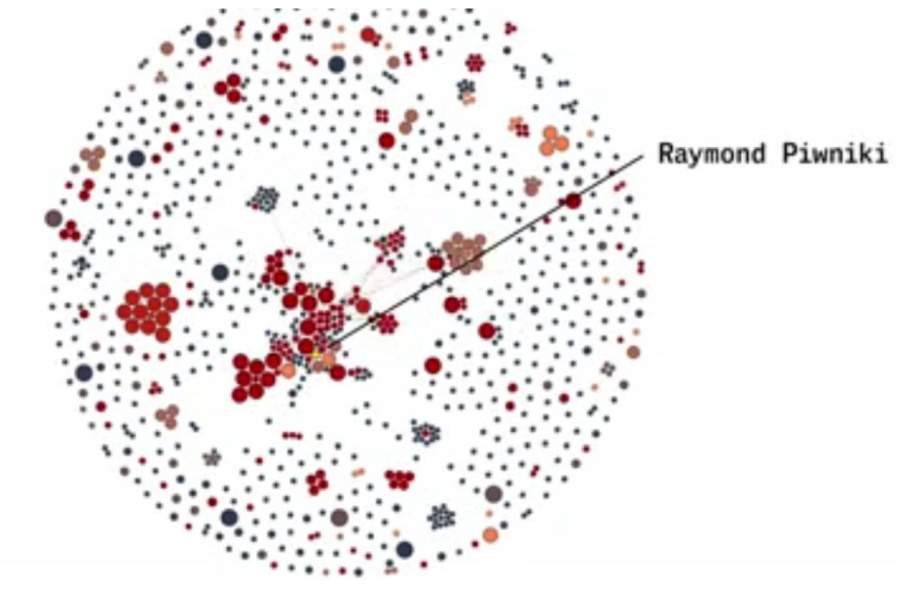 In the case of the second, the police unions exist to maintain a separation between internal discipline and hiring. Once a corrupt person gets hired, they tend to prefer to bring in more of their kind. I have seen this happen in two organizations where I’ve worked: my army reserve unit back in 1984, and a software company that managed to hire an entire cadre of programmers who were good at drinking coffee and not much else. “The buck stops here” is the truth, when it comes to hiring practices and bad management: either the managers don’t know who they are hiring, or they do and they just don’t care.

A friend of mine is currently involved in a case regarding a corrupt, incompetent, racist police chief – and it’s exactly the same situation. There are sayings “fish rot from the head” and “one bad apple spoils the barrel” and they’re true about organizations as much as food.

From The Intercept: [int]

Many of the most egregious examples of police misconduct arise from tightly knit groups of officers like these. That’s no accident. Recently released data from the Chicago police department shows that misconduct spreads from officer to officer like an infectious disease. And the same behavior that leads cops to violate the rules often predicts whether they will participate in a shooting.

In 2009, the Invisible Institute sued the city of Chicago to reveal in-depth information on the complaint histories of selected Chicago police officers. After a drawn-out legal battle, the Invisible Institute prevailed and acquired the complaint histories of all officers since 1988. They then processed, standardized, and augmented that data with information on police shootings, uses of force, and a complete duty roster of all officers. In total, the data covers more than 30,000 officers and almost 23,000 complaints between 2000 and 2018.

Because complaints can list multiple officers at once, it’s possible to determine that more than one cop was present at the scene at the same time. Complaints listing multiple officers link those cops together, and by assembling thousands of officers across tens of thousands of complaints, it’s possible to build a giant social network of police interactions.

The first question that comes to mind is “why a protracted legal battle”? If they didn’t do anything wrong, they’ve got nothing to hide.

That’s a serious question, though. The only reason an organization would try to protect itself from embarrassing exposure would be if the surviving management hierarchy knew about it (or was in on it) and is trying to shorten an investigation. Don’t these people know how to drain a swamp?

About 1,300 of Chicago’s cops fall into clusters of linked police officers who together have been the subject of at least 100 citizen complaints against them. The list of police within this group reads like a Who’s Who of Chicago police misconduct: From Jerome Finnigan, who led a corrupt unit of cops and plotted to kill a fellow officer, to Raymond Piwnicki, who harassed black citizens using racist language. Officers within this group show not only higher rates of complaints, but also participate in more uses of force and even more shootings. On its own, such a pattern could simply mean that these particular officers are more likely to be street cops or assigned to high-crime divisions. But these central officers are also more than five times as likely to figure in an incident that results in a civil payout by the city for misconduct, according to data on lawsuits involving police officers gathered by the Chicago Reporter.

Humans have been doing organizational corruption long enough that, at this point, we ought to be able to walk in and see the danger signs: internal disciplinary processes, lack of oversight, lack of financial and material tracking, opportunities to collude, etc.

It would be fascinating to take the data set and see if there is a correlation between the individuals that get the most complaints, and the failure-rate of their body cameras. Such metrics wouldn’t necessarily predict corruption but, again, if you’re not doing anything wrong, you’ve got nothing to hide. Anyone who has any experience in human organizations and how corruption happens, should be able to take one look at some of these police departments, and hoist a warning flag.