I had the idea of using a small stainless steel hatchet as a cut-off tool for forging. It seemed like a good idea – stainless is not very sticky and it’s pretty tough stuff. 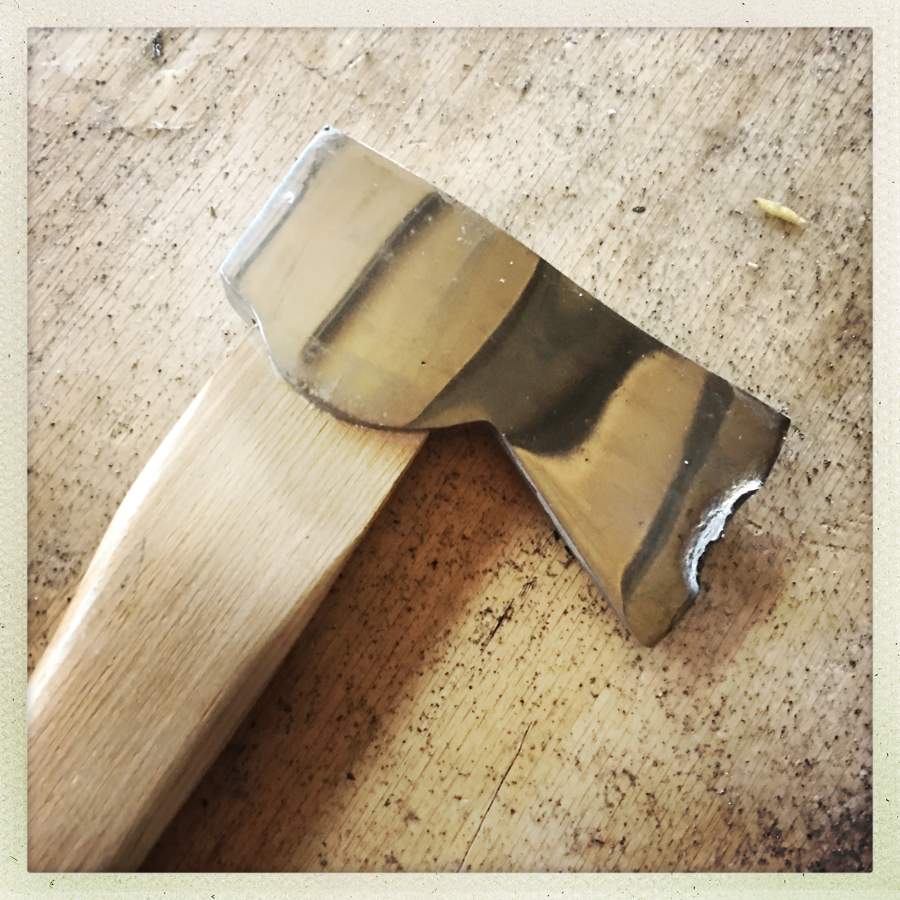 Physics doesn’t show mercy to anyone; that’s why you should always want to have physical law on your side like a proper taoist.

The problem in this case is that the thinner edge of the hatchet heated up faster (because it’s less thermal mass) when in contact with a larger thermal mass of much much hotter wrought iron. I gave it two taps on the back with my hammer and it appeared to be going into the iron. When I took it away, there was a little scratch in the iron. This is why blacksmiths tend to constantly be worried about the melting temperature of their gear – it actually does melt sometimes.

If you’re interested in blacksmithing stuff, there’s a fellow named Torbjorn Ahman, [youtube] who does very good videos of blacksmithing processes. He is very meticulous, and all of his work is based on a deep consciousness of the underlying time/temperature/toughness of the materials and the working. Often, he makes his own tools, and I’m watching the video going, “why is he making that out of hardened S7 tool steel?” Well, this is why.

The US Continues To Slide Into Madness » « Grass! (Formerly GMO) -more