Router-snake used to live on my T-1 router in the basement; it was nice and warm. Now I believe it lives under the freezer chest, so it’s no longer router-snake; it’s just generic “basement snake.”

Yesterday morning, this was lying in the yard right by the front door steps. The snake was a typical black rat snake. 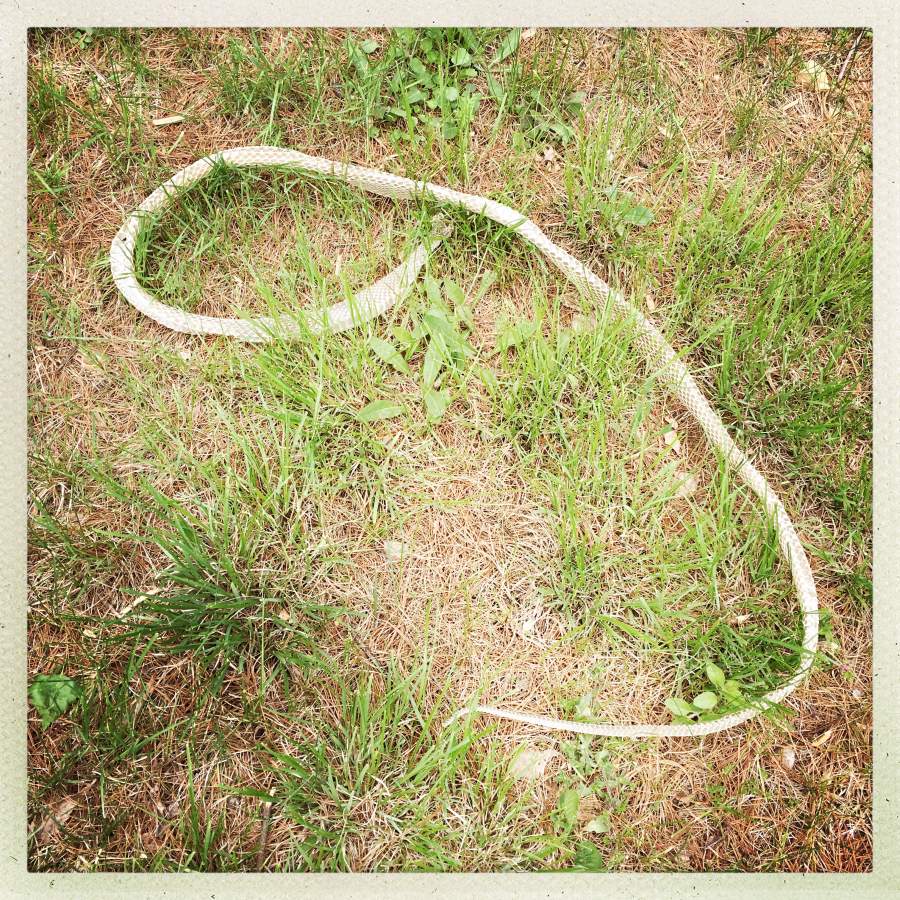 One of my favorite things about snake-molts is the eye covers: they have these built-in beautiful portholes, which are also discarded along with the rest of the skin. 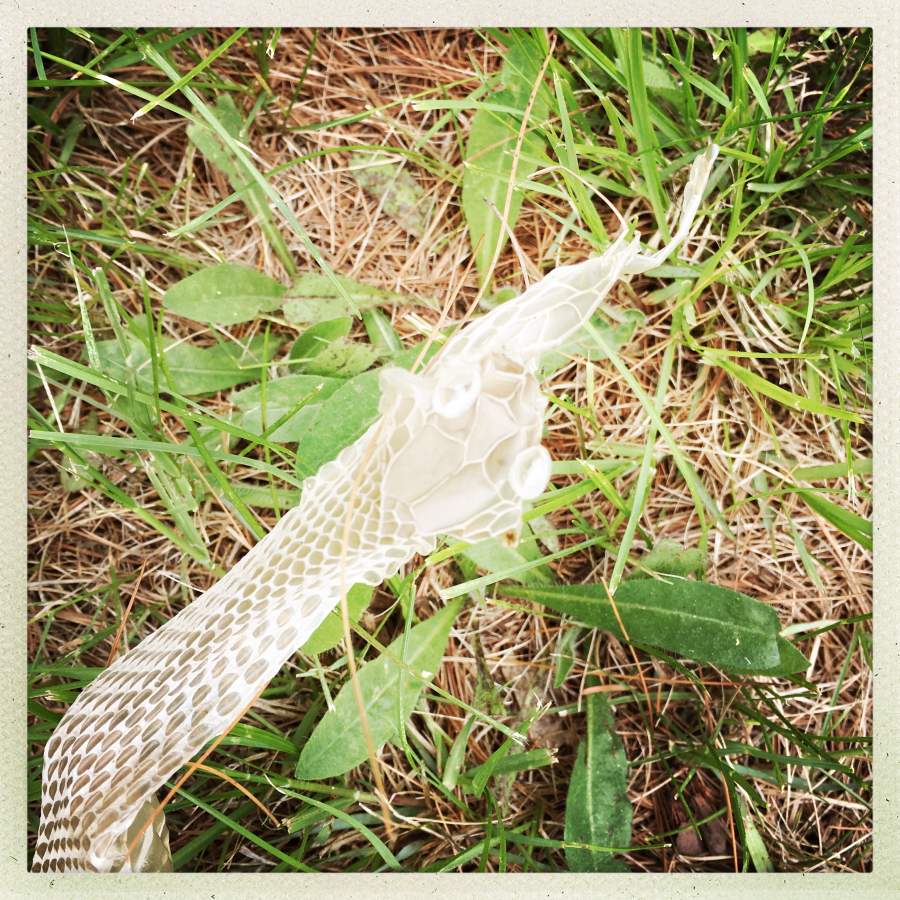 I have mushrooms. Where’s the badger?