People aren’t naturally capitalistic. There isn’t a gene for capitalism. It’s good to know these things; it’s encouraging to know what potential there is in people, what people can do, what people have done from time to time.

In order for war to prevail, in order for an unfair, unjust, irrational economic system to prevail, in order for their policies to prevail (you know what I mean by “their” – “Them”) – they have to obliterate history. They have to get people so that people don’t remember, don’t study – don’t remember even what happened ten or twenty years ago. Don’t remember that the women’s movement was a great surprise. There too: no help from The Constitution, no Equal Rights Amendment, no help from the White House. no help from Congress. The Supreme Court only comes through with Roe V. Wade after a women’s movement has grown up in the country and changed the atmosphere. 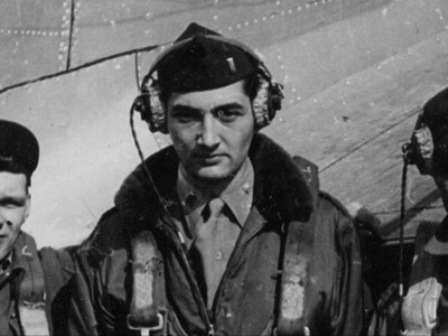 Help him. Help the bombardier.

It’s important when you begin to get depressed – a lot of my friends are depressed – I don’t know if they’re depressed because they’re my friends. I think they’re depressed because they read the state of the world through the eyes of CBS News, which does everything it can to obliterate historical perspective and to have us all be born yesterday. If you’re born yesterday you believe anything that’s said to you because you have no way of checking up on it. So somebody says, “we’re fighting this war to liberate the Kuwaitis – well – of course – but if you knew a little bit of history, if you remember how we went into Cuba to liberate the Cubans in 1898, if you know how we went everywhere to liberate everybody, and what the consequences were … Just a little bit of history will put you on guard against the statements of the political leaders and of the media.

It helps to have some perspective no matter how tough things look and what terrible things are happening. to look at what a jury does in Los Angeles, and the manifestations of racism… It’s very easy to draw up a whole list of terrible things to get us more and more depressed. But the fact is, there are things that are going on in this country, there is a consciousness in this country today about many things that did not exist thirty years ago. For example, the amount of discrimination against gay people: thirty years ago you didn’t even talk about gay people. You discriminated against them quietly, not openly. Now, the police chief of Portland Oregon hires his lesbian daughter as an officer on the police force, and to show his support for her, marches in two gay/lesbian parades. The Chief of Police – frankly I used to be a little prejudiced against Chiefs of Police – but it shows how narrow-minded I was.

When Zinn says “political leaders” (Just a little bit of history will put you on guard against the statements of the political leaders.) it’s in the tone of someone spitting rotten meat from their mouth.

Many of Zinn’s speeches are delivered with deep sarcasm. There are moments when he sounds like Shakespeare’s Mark Antony, “… And Brutus is an honorable man.” Of course he had a tremendous amount of practice at speechifying, so he had plenty of chances to refine his timing and tone.