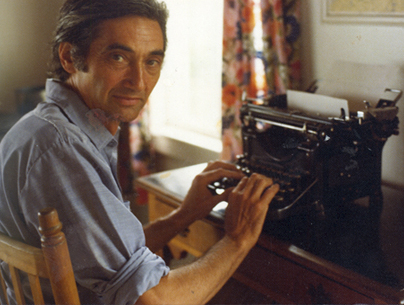 In order for freedom of speech to be real, that is: in order for you to have an opportunity to be a critical citizen of whatever’s going on in the society – you need information which does not simply come to you through the government, or through the controls of the major media. And that’s a serious problem because the government and the major media have, in general, in collaboration with one another (and by this I don’t mean four people on each side getting together and planning this) – you might say the “collaboration of the free market.” In what is called the “free market” people can do whatever they want. If they have the money to do it.

The government and the media withhold information from the public. The most recent example was the gulf war. The gulf war was a very vivid illustration, coming in the year of the bicentennial, of what happens to free speech in time of war or when the public is deprived of information. Because of not just government censorship but media collaboration, during the gulf war there were important facts which people were not told. Which then helped create, I think, the overwhelming public support for the war, and which distinguished it from the case of Vietnam, where the war lasted long enough and where assiduous reporters and investigators and inspectors began to get out to the public what was happening in Vietnam, which affronted the American people. Because the American people are not naturally desirous of inflicting brutality on other people – the American people are as humane and kind-hearted as anybody else – they do not want massacres to take place, they do not want atrocities to take place – when they started happening in Vietnam they created a great national movement that helped to stop the war. This did not happen in the gulf war.

– Howard Zinn, from a speech entitled “Virtual Optimism” given in 1992. Some places, Zinn cuts himself off in mid-thought, which makes sentence structure difficult to assemble. Where that happens, I tried to reflect the tone and rhythm of Zinn’s words. Any transcription errors are mine. 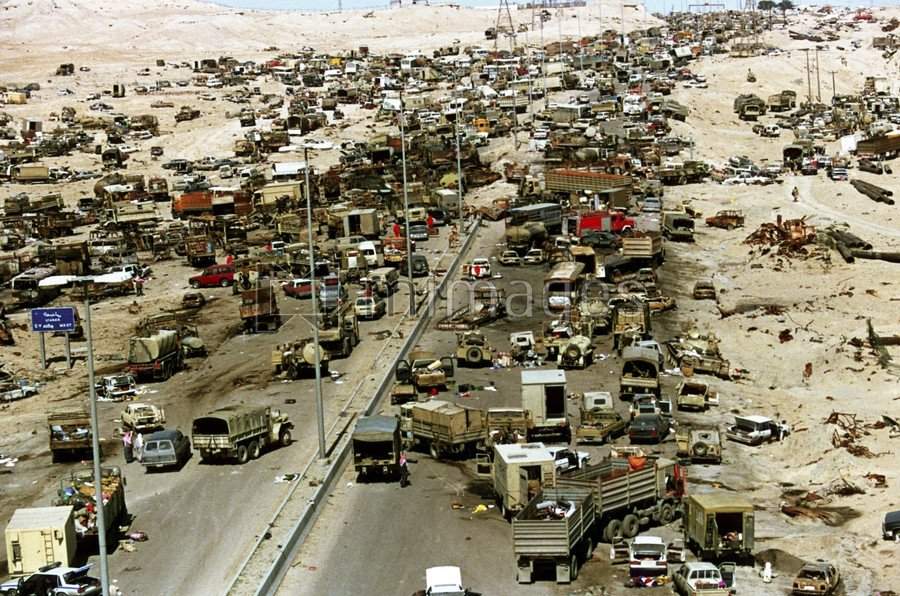 There was never any question that the US-led coalition would easily destroy the Iraqi army. Iraq only invaded Kuwait because Saddam Hussein mistakenly thought that he had permission from the US. The US State Department, incompetent as usual, did not get a sufficiently strong “no” to him in time, so he launched his catastrophic invasion. I remember when the US media pretended that it was a big question whether the war would be winnable, but that was bullshit: the Iraqi army never had a chance. Some of my military historian buddies still think that Saddam was set up: they tacitly encouraged him to lose his entire army. And that’s what happened – the Iraqi army was basically a rabble of thugs, and the US Air Force caught them retreating from Kuwait city, then dropped mines at the head and the tail of the column, then A-10 ground attack aircraft flew back and forth all day, machine-gunning and cluster-bombing like kids playing a video game. No quarter was given; Iraqi soldiers tried to flee on foot and were herded into minefields and cluster-bombed. It was an act of terror warfare that would have been familiar to Julius Caesar: demolish the enemy so thoroughly that their fate serves as an example and a warning to anyone else.

I think Zinn is a bit optimistic about the character of the American people. Accounts I’ve read of the carnage on the “road of death” have air force pilots whooping and cheering and practically flying into each other in the crowded airspace over the slaughtering ground. The Iraqis had nothing that could touch the US aircraft, and most of them discarded their weapons and tried to run.

The US media still has vapid war-monger talking-heads who will cheerfully repeat every lie they are told. Even when those lies are in the service of aggressive nuclear war. [stderr]

No anti-war movement has materialized. The US Government has learned how to control the media and control the ability of soldiers to convey back information about what is going on. Most Americans probably have no idea that we are, presently, fighting 7 wars that are all wars of aggression in contravention of international law. All we are doing is building up a reservoir of justified anti-American hatred – basically, we’re busy proving the Osama Bin Laden was right.