For me, projects proceed in fits and spurts – you clear one obstacle and that reveals the next obstacle. But when it’s a creative project the process is a bit different: you clear the obstacles and suddenly, you’ve got what you wanted and there’s clear roadway ahead. Now it’s all up to you.

I have two different modes in which I engage with projects; one is obstacle-oriented and the other is a sort of directed trial-and-error that’s kind of like sloppy science. There’s a distinct feeling of shifting gears when I switch modes. It’s because I am no longer constrained by my lack of ${whatever} I am now free to explore. 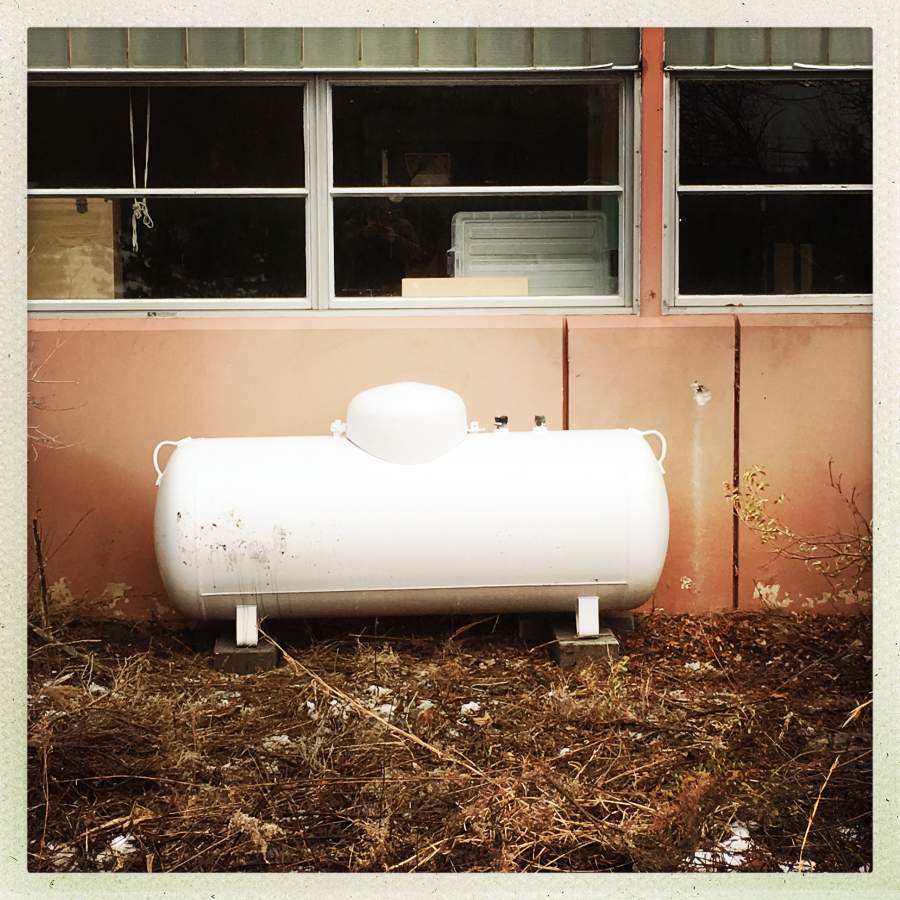 I felt terrible for the poor propane tech, because he had prepared a connector/regulator pipe based on the thickness of the wall (measured by another tech) and I drilled the wall at an angle. Thus the pipe was 2″ short and we had a choice of either: run and make another pipe or run and drill another hole. He drilled. He said a bunch of nice things about “the customer is always right” which, as a technical person, I understand as “you screwed up, stand back, I fix.” 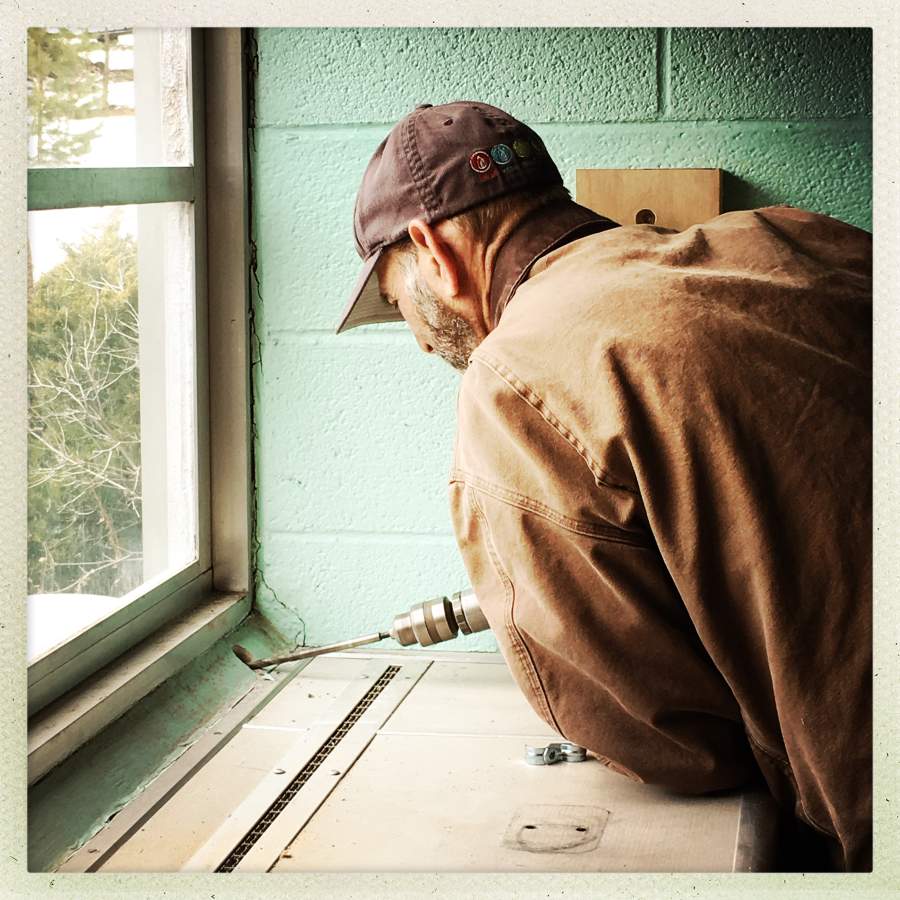 We test fired it and – not surprisingly – it works just fine. There’s not much to a forge except for a mechanism for delivering propane, depressurizing it, and mixing it with air.

Welding temperature is around 2300f/1260c so it was getting close to the ballpark. That was running at 7PSI of pressure; I think I needed to crack the valve a bit more and just be patient. 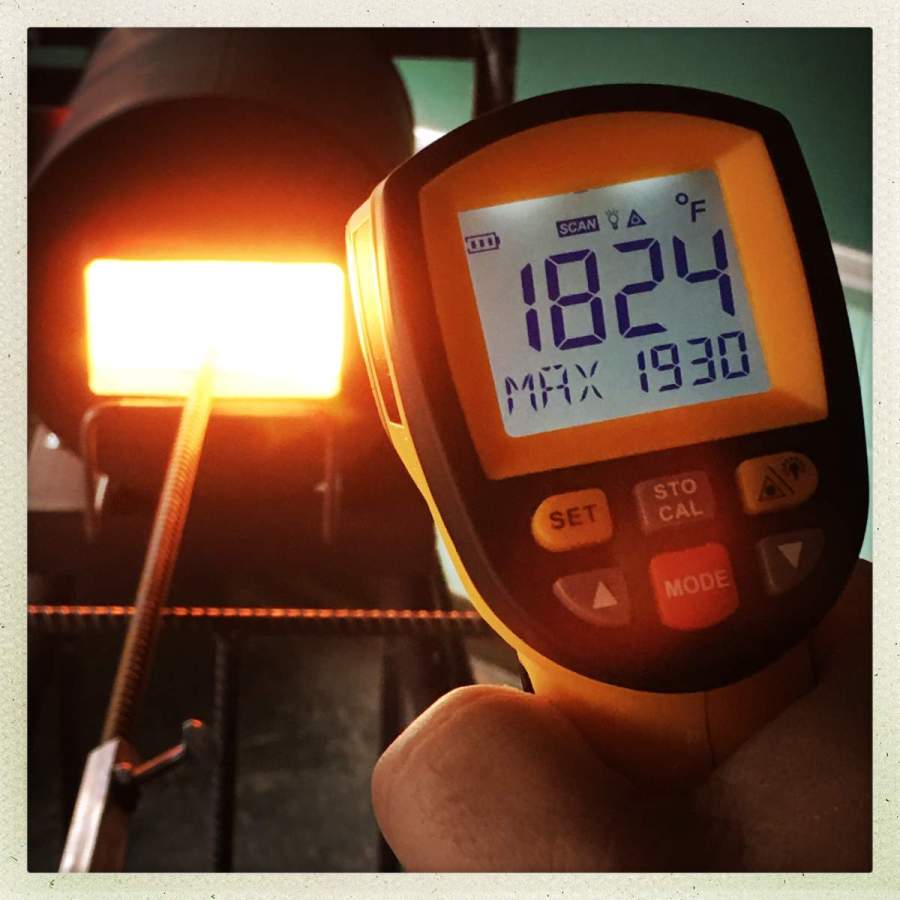 I immediately realized there are changes I need to make to my set-up – I have the forge positioned between the pressure regulator at the wall. So, to turn the gas off, you have to walk right past the mouth of the beast. That’s not too awful but I realized there’s a nightmarish scenario where one of the forge stand’s legs fail or one of the burners pops out and starts waving around like one of the flamethrowers from ALIEN – and I’d have to get past it to reach the cut-off. I’m going to be moving everything down a few feet to remedy that, and may build a steel baffle that protects the room from both sides of the forge. One nice thing about having a welder (if not welding skills) is that you can make something like that pretty easily. Bzzt!

As the engineer from the propane company was leaving, I discovered a neat thing about the design of the forge – we had shut the gas off and it was cooling down, so I thought I’d re-light it and turned the ball valve on the burner instead of slowly raising the pressure at the regulator… boom! The poor engineer came back in a hurry and I admired his professionalism because he must have already marked the locations of the fire extinguishers and was carrying one when he ran back into the room. That was when I came to appreciate the design of the forge: having the controls on the sides of the unit means you are not standing in the path of the fire-ring it blows across the room. Do not do that.

Also: thermal mass. It takes a long time for an object to cool from 2000 degrees to room temperature; do not annoy or touch it in that time! I have set up a little squirt bottle full of water that I can ping on things to make sure they are friendly before I try to pick them up – bubbles == “hell no”, steam == “no”.

Suddenly I am no longer “waiting for ${whatever}” and the path is clear ahead of me to make my own experiments. Where do I begin? I think I’ll try welding some cable, and I have a knife handle project I want to finish up, too. There is no need to rush, now. Which means I need to let it sink in that propane-powered anything is a bomb and this is as dangerous as a bag full of chainsaws; if I’m not feeling meticulous and careful, I should stay home instead.