Hey, it’s Marcus – your tactical consultant – here with another necessary bit of tactical stuff to protect you against all the various threats of the modern world. This is something that, well, if you need this, you’ve got some serious problems about being in the wrong place at the wrong time.

Bulletproof jackets and whatnot all have a common problem: once someone realizes you’re wearing one, they’ll try to shoot you in the brain. That, in a nutshell, is a spoiler for the final plot-point of the otherwise forgettable Harley Davidson and the Marlboro Man [imdb] – bad guys wearing ridiculously huge kevlar trench coats to gunfight in the Arizona sun – then getting shot in the head. #Sad. 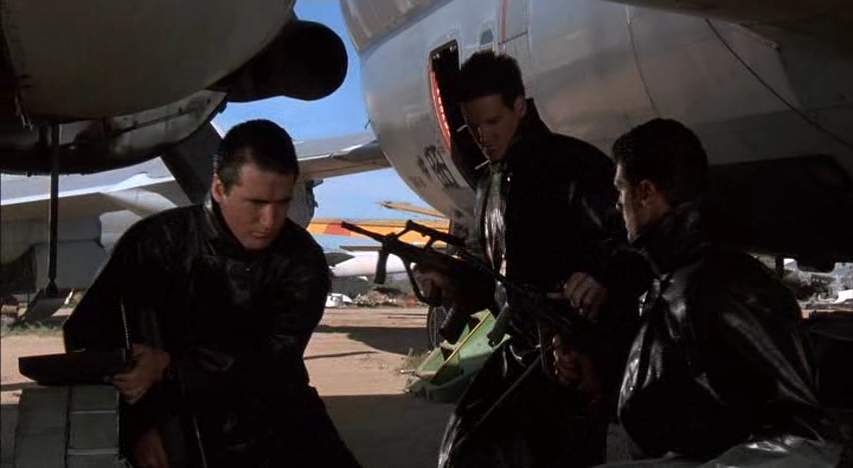 But you don’t have to suffer a world of ignominy, you can spend a great deal of money on a custom Devtac Ronin bulletproof face thingie. 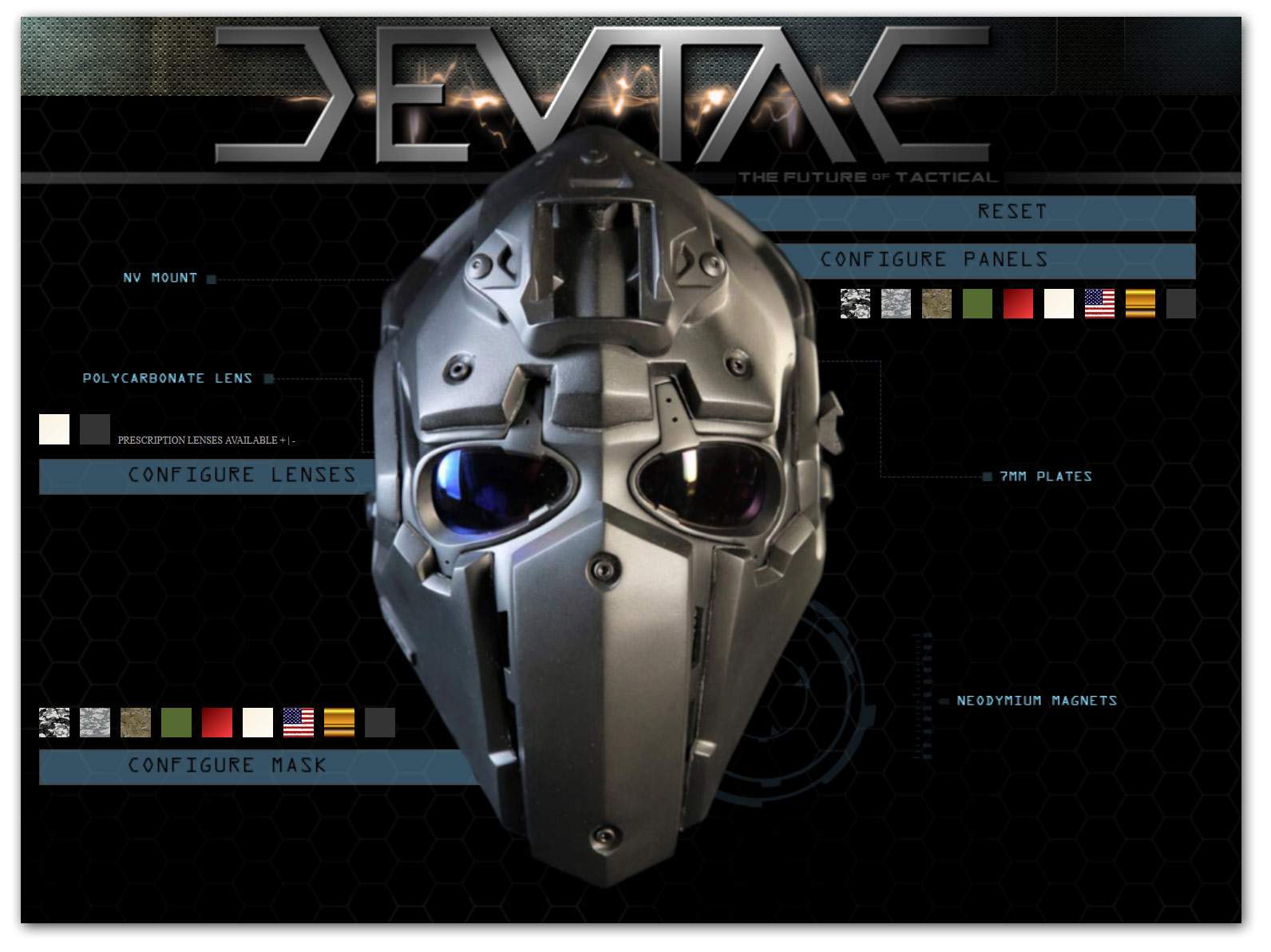 I think we need to show awe where awe is due – that’s a darn cool-looking and scary thing. It’s plausible that it might be able to take a shot from something relatively mild, which is still a huge advantage in a stand-up fight.

Now imagine the “home invasion” scenario: ${bad guys | DEA agents } have kicked in your door and are coming up the stairs, guns drawn. You roll out of bed, grab your tactical spork from under your pillow before you hit the floor, then start pulling on your bulletproof helmet (presumably you have a kevlar/terrycloth embroidered bathrobe with chinese dragons on it, to match…) as they yell “come out!” you reply with a muffled, “hang on, one mrrgphl …. I’ll be mmphm!” or something like that.

Naturally, since you never know when they are going to attack you, you need to have the helmet on pretty much all of the time. Imagine how useful it would be when you’re flying on a commuter flight and some gomer with a backpack swings and hits you in the head. You’d just grunt, and smile (not that they could see your cold, hard, smile) and say “watch it.” It’s available in various colors, too, so you could get it to match your favorite sharkskin double-breasted suit.

The Devtac website is a thing of beauty. They have some really badass theme music [devtac] and links to videos that don’t work – but, the music is really great.

I still wouldn’t want to get hit in the head by anything fired out of a gun, or, well, anything else, either. When I was an undergraduate, I was part of a medieval reenactment group that did fratricidal fighting and choreographed routines with practical steel weapons. One time when I was playing frat fight, I went up against a guy who was an artiste with a mace. That pretty much cured me of the idea that crusader armor was really that good – basically, the armor of the period was oriented toward not being everything-resistant as much as giving you an important edge over the other guy. Well, the artiste with the mace had a trick of whopping people with a deliberate glancing blow on the helm, so that it would spin their helm around on their head. If you’re wearing a crusader-style barrel helm and it rotates 60 degrees, you’re blind. Game over, man. He even had a little song he liked to sing, to the tune of Amazing Grace:

“A grazing mace,
how sweet the sound,
that felled a wretch like thee…
Thy helm now flat, where once ’twas round,
done in by my mace, and me.”

I am still with Bruce Lee: practice the art of “fighting without fighting.” Or, as Trent the Uncatchable would say: “The best way to win a fight is to run away.”