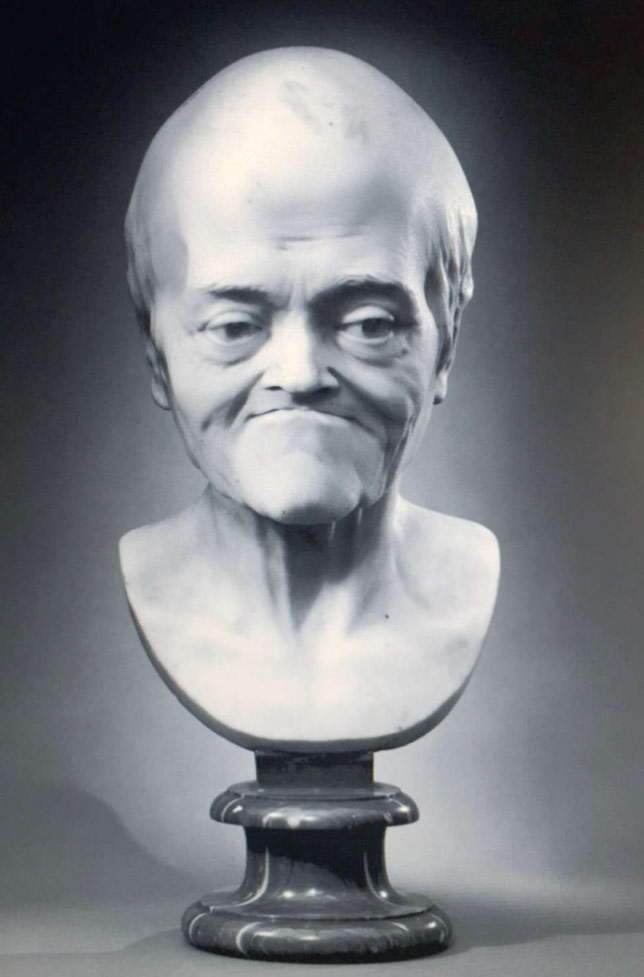 Owlmirror [stderr] pointed out a reference to an article about Voltaire’s possible involvement in the slave trade. [aeon] There are others: [blog] I’ve done a bit more digging and there isn’t very much I could find. It seems to me that the people who write biographies of Voltaire are rather more Voltaire-fans than not, and didn’t dwell on it very much.

Voltaire was hardly a paragon of virtue, he was racist, antisemitic, an aristocrat who preferred the preservation of the ancien régime to its destruction, in spite of its massive inequality and anti-republicanism. Unusually for a philosopher, he had started off in a minor estate but made himself very wealthy, by the rather scandalous means of beating a badly structured lottery. And that seems to be one of the fulcrums of our story: he had money to invest and diversified into companies that were involved in the triangle trade.

Per Christopher Miller The French Atlantic Triangle: Literature and Culture of the Slave Trade [amazon]:

Further in the background, allegations about Voltaire’s investments in the slave trade appear to have emerged in the 19th century as part of a religious attack on the Enlightenment. Thus Eugène de Mirecourt published a letter that he claimed was written by Voltaire – as Seeber points out – “with no indication of its source” (Seeber, Anti-slavery Opinion in France, 65n) – in which “Voltaire” gloats over gains from the slave trade. See Eugène de Mirecourt, Voltaire, Ses hontes, ses crimes, ses oevres [mjr: Voltaire, his shame, his crimes, and his works] (Paris: Bray et Retaux, 1877, 172) This rumor was then repeated but the title of de Mirecourt’s book gives his show away. Clarification of the entire issue comes from Emeka Abanime, “Voltaire, antiescavagiste,” Studies on Voltaire and the Eighteenth Century 182 (1979) 237-51. In an authentic letter (D104 in Besterman’s edition, 1:117) dated April 1722, Voltaire states that a good part of his wealth is invested in the Compagnie des Indes, which for a long time had a monopoly on the trade in slaves. His actual investments in the slave trade thus appear to have been through the Compagnie, which traded in many things, including slaves. Voltaire could not have been unaware of this, yet he held on to his shares in the Compagnie for more than fifty years.

The Compagnie did stop trading in slaves in midcentury but continued to be deeply involved in colonial, and thus slave-based commerce. (On the Compagnie des Indes and the slave trade, see Stein, The French Slave Trade 18-21) On Voltaire’s attitudes, Abanime concludes: “Voltaire donne l’impression d’être plus touche par le sort des ‘esclaves’ français que par celui des esclaves noirs” [mjr: Voltaire gives the impression of being more affected by the fate of the French ‘slaves’ than by that of the black slaves.] (Voltaire antiescavagiste, 243) The enslavement of Africans seemed more justifiable to him than the serfdom of peasants in France; he seemed to see slavery as “un mal nécessaire” [mjr: a necessary evil] In 1775 his shares in the Compagnie were still making money for him.

The American “founding fathers” all reeked of slavery, smuggling, and profiteering off the trade in human misery.

Do we step back and say “he was a man of his time” or do we recognize him as another wealthy elite who was a hypocrite (like the American founding fathers) when he spoke of liberty? My inclination is to say both. Voltaire was a genius and a great wit and his obvious flaws don’t change that. It just leaves a lingering stink; it would have been quite easy for him to invest his wealth elsewhere but he chose not to, because he didn’t care that much.

I was tempted to translate the dictionary’s entry on “Slavery” (there is one) but it seems a bit diversionary. 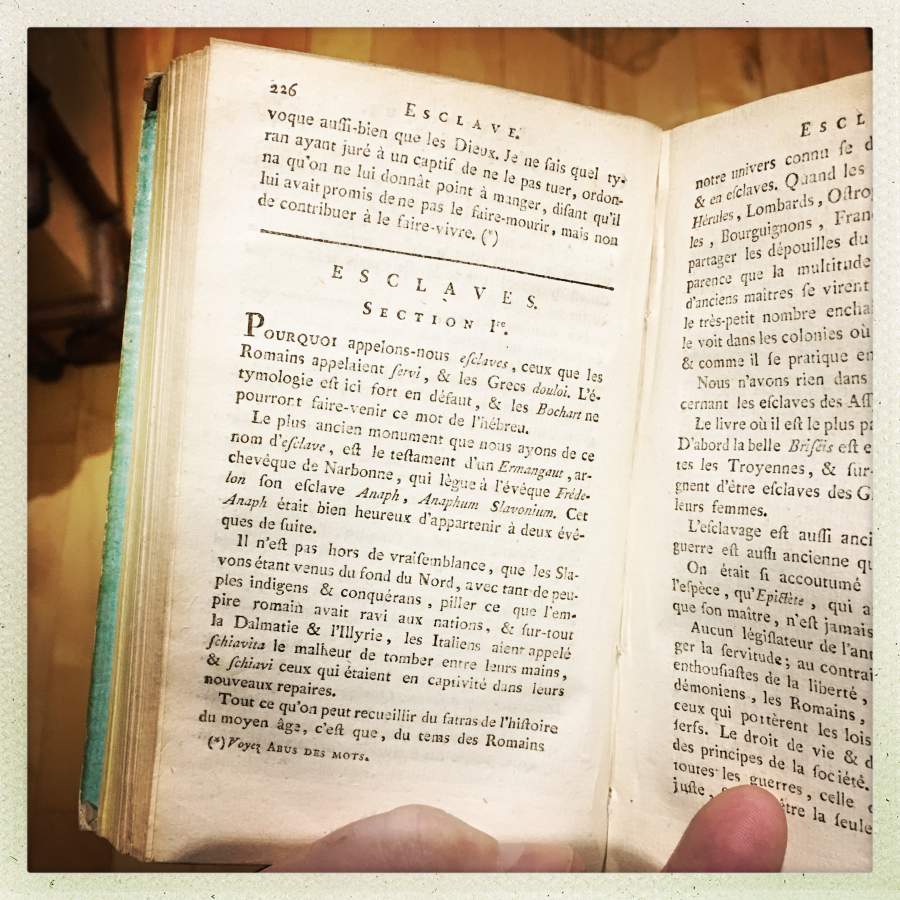 Why do we call “slaves” those that the Romans called “servi” and the Greeks “douloi.”

He explores the etymology of the term. It seems irrelevant to me now.

Tactical Head Gear » « A New Achievement in the Annals of Hypocrisy