Internet security is complicated and there are lots of dependencies – usually if you ask an internet security practitioner “is ${this thing} safe?” they’ll tell you “if you’re trying to do ${this} or ${that} then…” and carry on for a half an hour in that vein.

Another problem with communicating about internet security is that it has a lot of wonk appeal but most people seem to be dismissive of it. That’s the reason why security practitioners often say (behind closed doors) that the main pleasure of working in security is being able to say “I told you so.” In my case, as someone who consults on high-profile breach response, I get to charge my clients an awful lot of money to say that. Sometimes, very, very, rarely I get a call from an old client, “Hey, that thing you told us to do a couple years ago? We did it, and it just saved my job.” I love those calls more than the more typical, “can you get on a plane out here for a couple of days? We have a situation.”

So, here’s a site [securityplanner.org] you can point your ageing parents at, if you don’t want to have to explain it to them point-by-point. I’ve reviewed its suggestions and I think they are generally excellent. Of course, they’re things I’ve been saying for years: use password vaults, don’t use the same password anywhere, use random passwords, store some in devices and some vault-only, use two-factor authentication on web sites that offer it, that sort of thing. 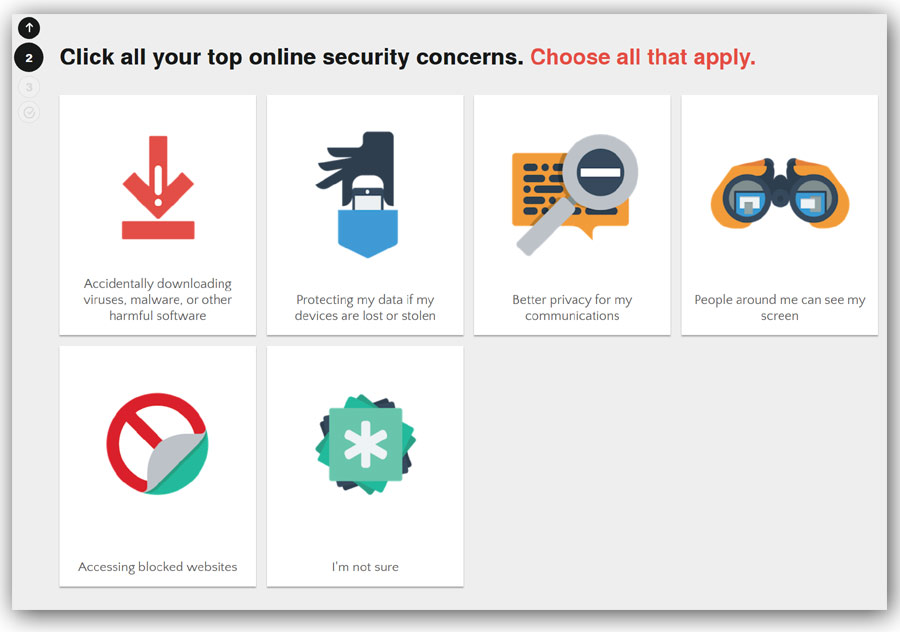 One of the nice things about the site is that it asks you about your concerns – what we security wonks would call “threat model.” Usually, if I were dialoguing with someone, I’d be asking them similar questions, off a long-established decision-tree that’s in my head. Here, it’s been turned into javascript. (I guess that’ll teach me not to think highly of what’s in my head)

Once you tell it what you’re worried about, it builds you a punch-list of recommendations, sorted from most important to least. 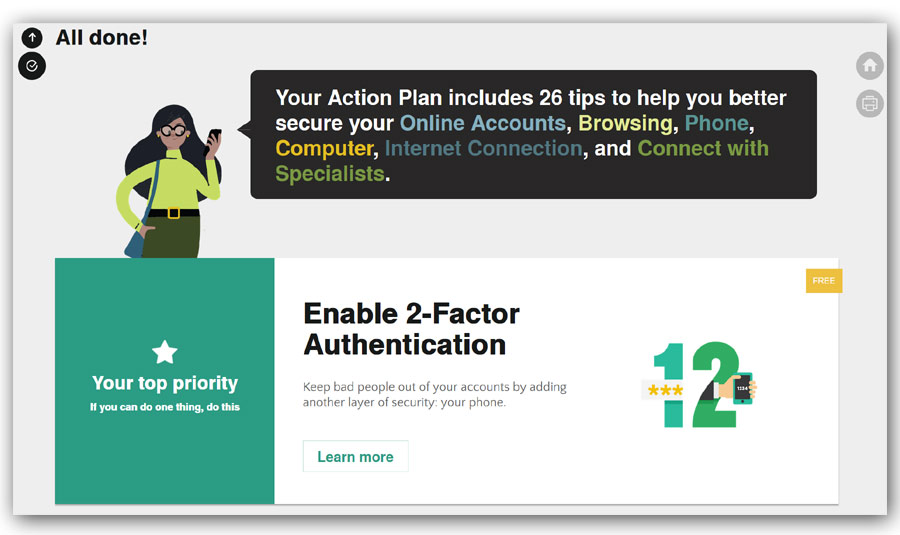 It also gives you links to all the details for how to do whatever it recommends. That’s pretty cool – it’s a single-point reference instead of a great big shopping list of recommendations.

If you don’t want to be stuck in the role of IT security consultant for your friends – point them at the site. [securityplanner.org]

Usually, when I post suggestions for computer security-related practices, there’s at least one of you who says, “… yeah, but that doesn’t apply to me.” Sure, yes, I get that. Here’s how it works: sometimes you get lucky, sometimes you don’t. I’m always happy to see someone get lucky, but nearly 100% of my clients didn’t. Your perception of risk is probably based on your having used the internet for years (decades, even) with no problems – if you’re one of the lucky ones. My perception of risk is based on having to do damage control on disasters for decades. It’s a lot of “I told you so.”

Hat tip to abbeycadabra [stderr] who suggested I review the site.

I would consider these recommendations to be “consumer grade” security – good suggestions for most purposes, but if your threat model includes CIA/NSA/Mossad/CSE/GCHQ/FSB, consumer grade security won’t do the trick. In fact, I’m not sure anything will.