“Tyrannos” used to mean a person who had achieved the highest authority; like the King or basileus, meaning the one who was charged with bringing matters before the Senate. 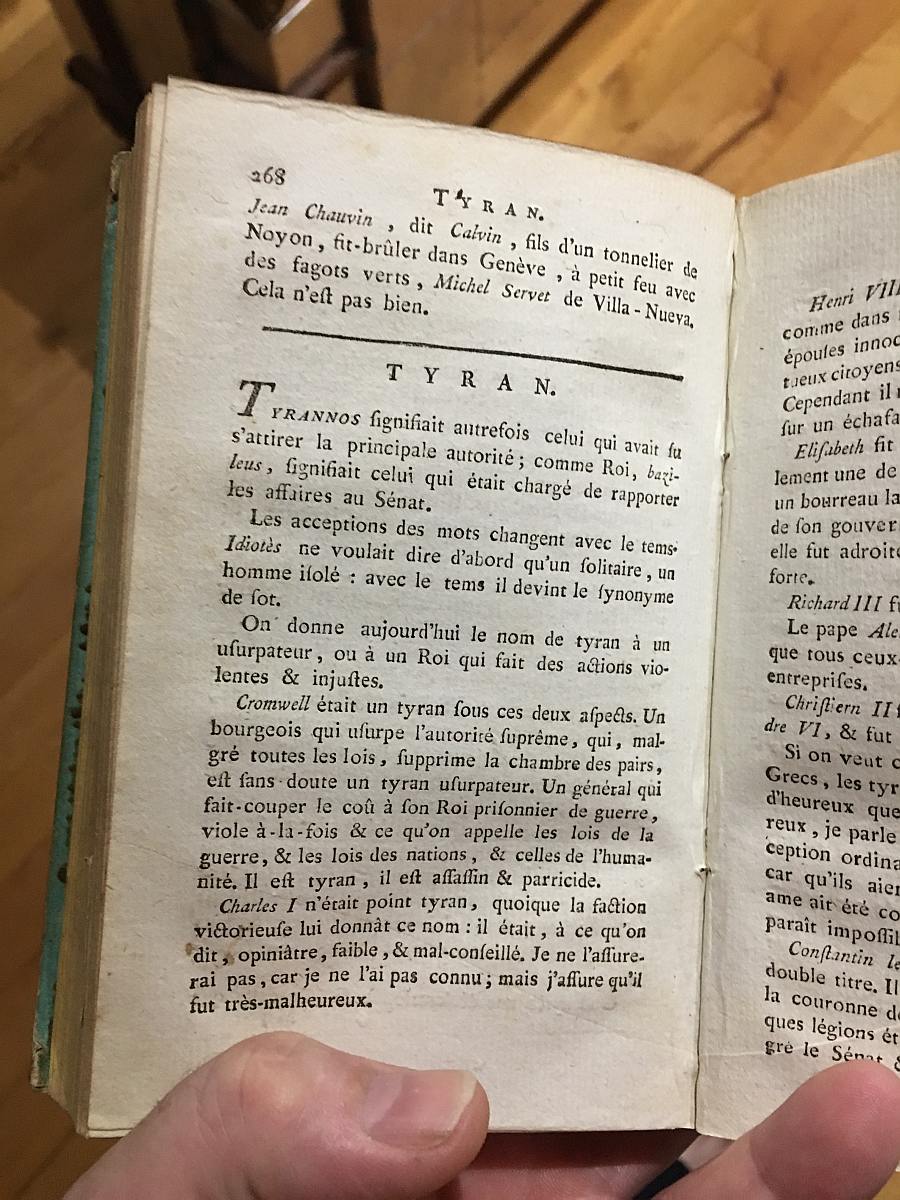 The accepted usages of words change with the times. “Idiotes” used to mean a hermit, a holy-man; over time it became synonymous with a sot.

Today we give the name “Tyrant” to a usurper, or to a king whose actions are violent or unjust.

Cromwell was a tyrant under both aspects of that definition. A bourgeois who usurped supreme authority, who in spite of all the laws overruled the house of Parliament, is doubtless a usurping tyrant. A general who has his king’s head cut off, when the king is a prisoner of war, has broken simultaneously the laws of war, the laws of nations, and the laws of humanity. He is a tyrant, an assassin, a parricide.

Charles I was hardly a tyrant, despite the winning faction calling him that. He was, we are told, opinionated, weak, and ill-advised. I can’t be certain, since I did not know him, but I assure you he was very unfortunate.

The US has been taken over by a petulant, corrupt, mountebank. I have to remind myself occasionally that he’s not really a tyrant, he’s just a very naughty boy. Some of the tyrants through history, from Sulla to Mussolini to Idi Amin – they were a mixed bag but they were generally smart and capable, at first, and showed their flaws most clearly once power had a chance to corrupt them.

I saw Cromwell when I was a kid, and wasn’t sophisticated yet to see him as a good guy or a bad guy. Of course, the movie portrayed a more balanced view than Voltaire does. As a member in good standing of the ancien regime (in spite of his lighting the fuse that destroyed it) Voltaire would have been automatically horrified by anyone who killed a monarch.