I’ve never understood anti-vaxxers, except as a phenomenon driven by ignorance and fear; I’ve always been content to stand back and assume, “it’s something we don’t understand, yet, let’s let science crunch away at it.”

Granted, I don’t have any emotional stake in the issue, so it’s easy for me to advocate taking a “wait and see” attitude. I have two friends who have children on the autism spectrum. One of them blocked me on facebook back in the day, when I told her that Andrew Wakefield was a charlatan. The other has been raising her child and they’re both quite happy together and they’re both learning a lot; she sounds like she’s a great mom, I think her child is lucky.

It seems that science has been crunching away. Researchers from Harvard were looking into whether there was a relationship between ovulation-inducing drugs and ASD [Harvard] and it appears there is some linkage. There also appears to be a linkage between the age of the parent (particularly the male), which might actually support the Harvard study (or the other way around). Meanwhile, I learned about Kristen Lyall, et al’s study on organophosphate insecticides and PCB (Polychlorinated biphenyls) exposure. The Lyall study seems pretty credible. [pdf at NIH] The conclusion is pretty strong:

Conclusions:
Our results suggest higher levels of some organochlorine compounds during
pregnancy are associated with ASD and ID. 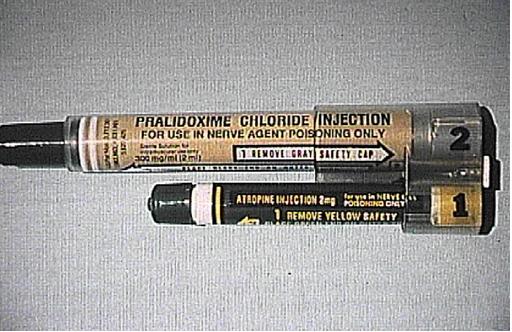 That sure makes a whole lot more sense than the vaccination theory: most organophosphate insecticides work by destroying the nerves of the insect – that’s why when you spray bugs, they twitch a lot; it’s their little nervous systems being demolished by overdosing on acetylcholine left in their synapses once the acetylcholinesterase that is supposed to remove it is unable to work.

“Neurotoxin” and “fetus” are two words that you do not want to put together in the same sentence.

Acetylcholinesterase inhibitors scare the shit out of me, and should scare the shit out of you, too: it’s what Sarin does; it’s how Sarin works. And I remember (I had finished a semester of neuroanatomy in college exactly one month before) listening to a U.S. Army instructor lecture on chemical weapons and how we were expected to shove a great big self-dispensing load of Atropine into our own leg, if the guys around us started foaming and twitching. I remember thinking the whole thing seemed really sketchy. We had two injectors: “try one and if that doesn’t work, try the other.” Dosage? Uh, can I have some morphine, too, so when I die I’m smiling?

Chlordane, a branded mix of organophosphate insecticides, was taken off the market back in 1988 because it appeared to be carcinogenic and had a bad habit of building up and lingering in fatty tissue. [Thimerosol was discontinued in 1992] Unfortunately, chlordane lingers a long time, and a great deal of it was used as termite poison – there are houses pumped full of the stuff, and it’s there to stay. Unlike Thimerosol, there’s a good chance some kids, lots of kids, are being exposed to various organophosphates all the time, still. And, if you want a perfect bad guy: it’s a fine product of the great American company Monsanto. 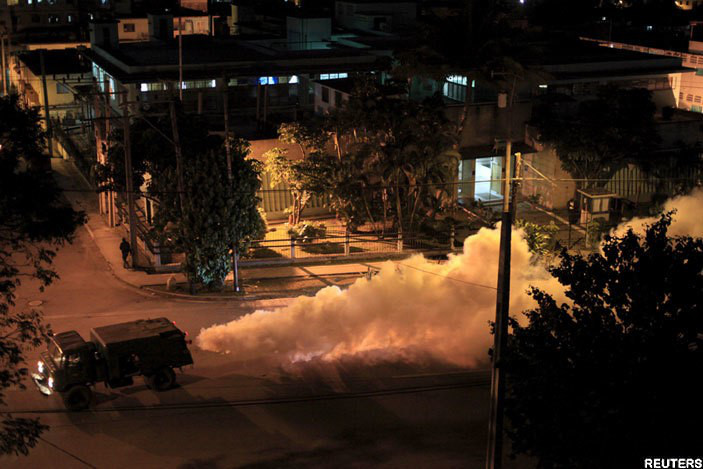 My first in-laws, back in the 1980s, had a large supply of Chlordane laid in, when it was removed from the market. “Because that stuff really works.” Arrgh! I know people who laid in supplies of trichloroethylene, too, because “it works great!” and wow, it sure could dissolve stuff. Including brains. Anyhow, if you’re knocking around an old farm barn and you go back in the weedkiller and bug spray collection, you may find the stuff, still. It’ll be toxic for at least another couple decades; make sure you wear a breath mask and gloves and triple bag it if you’re getting rid of it. And, oh, I have no idea how you get rid of it safely. This isn’t just pointing at Chlordane, of course – there’s a whole family of organophosphate insecticides of which Chlordane was just one formulation. Malathion [wikipedia] is another organophosphate: you know, the stuff they sprayed all over the place to kill mosquitoes to cut back on the Zika virus? That’s Malathion. Sometimes they use another organophosphate branded as Naled [wikipedia]. Chlorpyrifos is another organophosphate that was banned until the Trump Administration’s EPA lifted the ban, presumably in order to make America great again. [src]

Typical reporting of Malathion spraying reads something like this: [san diego tribune]

It was the second time such treatment happened in this region; the first took place in mid-August in the nearby community of South Park. Similar operations have unfolded in neighborhoods across the nation as public-health departments fight to keep mosquitoes from becoming infected with Zika and then transmitting it to people, particularly pregnant women because the virus can cause neurological defects in newborns.

Pregnant women worried about Zika totally makes sense. Spraying where they live with organophosphate neurotoxins that cross the placental barrier may not be a great idea.

Lyall’s paper is very cautious; there’s plenty of good sciency explanation of method and prior work.

Although both PCBs and OCPs have known adverse effects on neurodevelopment (Korrick and Sagiv 2008; Ribas-Fitó et al. 2001; Rosas and Eskenazi 2008), only a few studies have examined prenatal exposure in association with risk of ASD specifically. A nonsignificant association for total prenatal PCB exposure was suggested in one small pilot study (Cheslack-Postava et al. 2013), while conflicting findings were reported for gestational exposure to PCBs and other endocrine-disrupting chemicals in association with autistic behaviors in another small study (Braun et al. 2014). A few additional studies have more indirectly suggested associations between ASD and exposure to these chemicals, as estimated by parental occupations, proximity to agricultural organochlorine pesticide use, or postnatal exposures (Felicetti 1981; Roberts et al. 2007; Rossignol et al. 2014; Windham et al. 2013). A number of investigations have examined OC exposure in association with a range of cognitive and developmental outcome measures, as reviewed elsewhere (Jurewicz et al. 2013), though work examining the diagnosis of ID (intellectual disability without autism) is limited. Thus, sufficiently powered studies examining ASD and ID risk in association with OCC exposure using biosamples collected during developmentally relevant time periods are lacking, leading us to conduct the current analyses.

The conclusions, though, are not waffly at all:

The results of this large, population based case–control study suggest that exposure to PCB congeners in utero may influence risk of ASD in offspring. This is one of the few studies to date examining prenatal exposure to OCCs, with exposures assessed from biospecimens collected during pregnancy, in relation to ASD and ID diagnoses. Our findings add to potential neurodevelopmental concerns surrounding these chemicals.

A study in 2010 by Boyd Barr et. al, identified organophosphates as implicated in ADHD [berkeley news] – there are many papers by Barr et. al, on NIH’s website.

Children who were exposed to organophosphate pesticides while still in their mother’s womb were more likely to develop attention disorders years later, according to a new study by researchers at the University of California, Berkeley’s School of Public Health.

The new findings, to be published Aug. 19 in the journal Environmental Health Perspectives (EHP), are the first to examine the influence of prenatal organophosphate exposure on the later development of attention problems. The researchers found that prenatal levels of organophosphate metabolites were significantly linked to attention problems at age 5, with the effects apparently stronger among boys.

What amazes me is that nobody seems to be talking about this stuff, but antivaxxers have all heard of Andrew Wakefield.

Mild disclaimer: I believe that the source material I’m writing about is pretty clear and comprehensible to a layman, let alone someone with a couple of semesters of neuroanatomy and testing methods. Based on my understanding circa 1985 this all seems pretty clear. I am not saying “panic!” and I am not trying to be the next Andrew Wakefield – do not go running around, based on this, telling people to freak out. I do think that it’s a study worth tracking, and I’ve got a google news search set up so if anything more on this story drops, I’ll know about it. If one of you brings more/better knowledge to the table than I do, I welcome being corrected even if it’s roughly.

Drexel University has a more layman-oriented description of the study. [Drexel]

I was curious what may have caused the spike in interest regarding Wakefield, who ought to be thoroughly “has been” in April 2016. It appears that the spike in interest corresponds to the announcements about the movie “Vaxxed” [stat] – the Hollywood treatment of Wakefield that was promoted, then pulled, by Robert DeNiro.

I believe they are mostly abated, now, but PCBs used to be in the liquid oils used to cool transformers. I probably wiped my share of them in my hair and on my face back in my “disassembling electronics” days. The big transformers at power stations used to be full of them (I took one of those apart, once; they’re really cool!)

In case you’re worried, most insecticides in use nowadays are permethrin/pyrethrin or related; they work by screwing up a cell’s energy pump; they aren’t neurotoxins. But they’re probably still nothing you want to bathe a fetus in.

The Union Carbide plant in Bohpal, India, which killed ~2,500 people was a plant making insecticide. Methyl Isocyanate was the particular toxic chemical that leaked and did the damage; the plant made carbaryl, trade name: Sevin. [wikipedia] It’s another acetylcholinesterase inhibitor insecticide.