I came late to this particular party, since I had my head up in the clouds of my own cyber-despair. I don’t know how you are collectively feeling, but I feel like there’s plenty of despair to go around. And, living up here in the deep dark south, like I do, Transgender Visibility [wikipedia] is definitely a problem. So let me tell you about something that happened in 2004, which made me feel so good about a few of my fellow human beings. I can only hope it was a positive moment for them, too, but I didn’t spoil it by asking.

One of the software engineers I used to work with in the 90s went through some degree of gender/Trans change. I hope I’m not screwing up the terminology. If I have, please correct me in the comments and that way everyone can learn a bit how to talk about this right (and so can I). Anyway, as far as I could ever tell, other than being a really really great programmer, he was pretty typical: program computers, liked Vietnamese pho (a lot), cooked well, taught me how to make Szechuan style tomatoes and eggs [stderr], had a 427 Shelby Cobra he had restored/built in his garage – that kind of thing. If you’d asked me, I’m sure I’d have said “He’s one of the guys” and left it at that.

Years later, the company went the way of all things, we went our separate ways, I heard he got married and I heard he got married wearing a long white dress. I thought that was pretty cool, actually, because people should do whatever floats their boat at their wedding (part of my agenda to destroy “traditional marriage”!)  And in the summer of 2004 he called me up out of the blue and asked if he could hang out for a couple days because he was having problems at home. I said, “sure!” and neatened up the guest room and laid in ingredients to cook for a guest. When he showed up he looked just the same, a little older (as I did!) except he had breasts. I didn’t know if I should comment, or how, so I just opened some beers and we rousted the dogs and went for a walk.

The next day was the Centre Hall Steam Fair, and I suggested that’d be a good way to spend some time, so we planned on that for the afternoon.

Now, let me tell you about one of my neighbors. He’s not one of the ones that flies a confederate flag. He’s one of the most honest and helpful people I’ve ever met – a deep-dyed southern baptist of some strain or other – I’m quite sure I could go to him and say “Hey, I’ve got this chest of money, I haven’t had time to count it. I got it all legally but I need to hide it for a couple months, would it be OK if I stuck it in your garage?” and he’d say “sure!” and he’d never touch it. This is a 70-something guy who started working at the strip mines at an early age when his father died and someone had to be the breadwinner. He’s amazing with heavy machinery: I remember one time that I replaced the starter on my 1945 Ford 2N tractor and I called him up and said “It’s not starting…” and he said “hold the phone over by it and hit the starter for me.” So I did and he told me to turn the starter a quarter turn to the right and try again. It started right up. He’s not got a lot of book learning but he’s serious about that book – once when I made a bunch of baked beans with Jack Daniels in them, he shook his head and said “I know the alcohol’s boiled out but that’s not the point.” His wife of many years is also cut from the same cloth: they’re the kind of people who’ll spend all afternoon in the sun helping you bring in the hay, or who’ll casually save your life if you need it. If you’ve ever known someone in your life that makes you periodically think, “can’t thank them enough” that’s who I’m talking about. 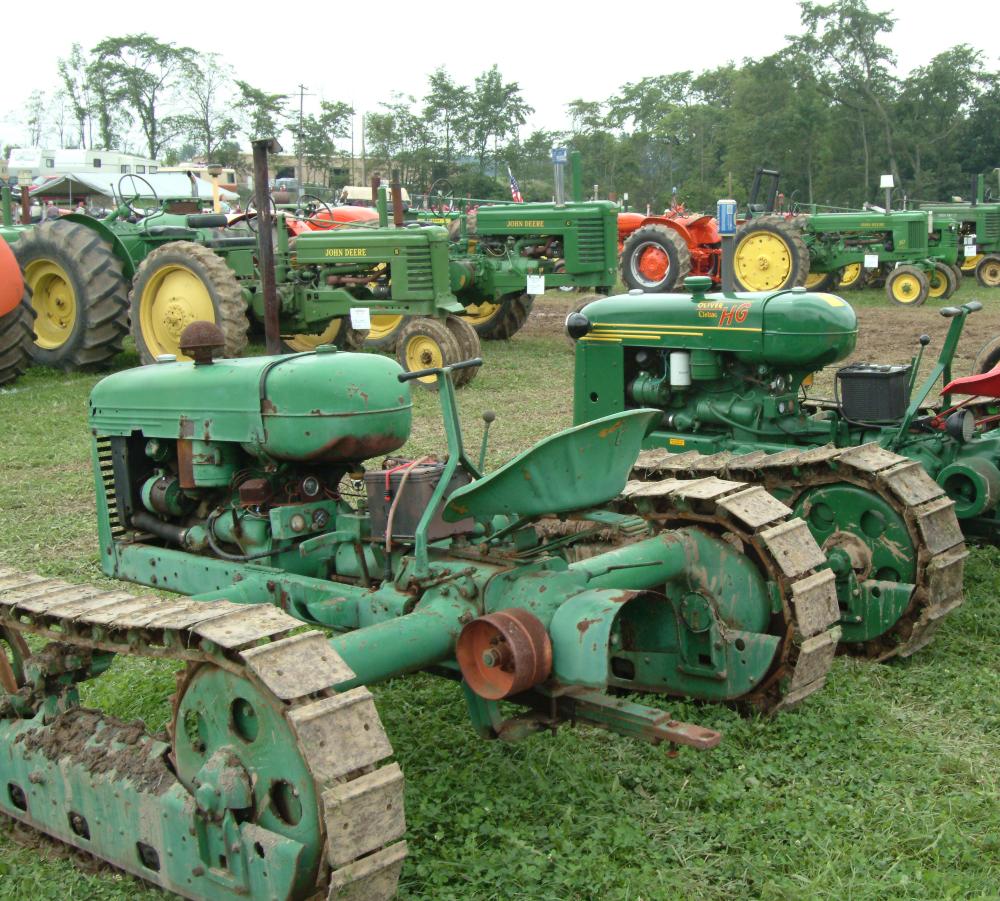 So my friend and I got in the car and went to the steam fair. He caught a few stares and I saw a couple kids get hauled aside for gawping. Mostly, we looked at tractors and stuff like that – I remember I was particularly entranced by an automatic rope-braiding machine (I still want to make one…)

Then, down the row, walking toward us was my neighbor and his wife. They were the first people we’d seen there that we knew and suddenly I was worried – I don’t like conflict – I don’t want anyone to get hurt – I don’t want to lose respect for someone I care about. And my neighbors stopped and waved and I introduced my friend and everyone shook hands and there wasn’t even a millisecond of awkwardness as my neighbor said, “You’re Marcus’ friend from Ann Arbor that built the 427 Cobra, aren’t you? What were you thinking!?” and we were all walking through the rows of heavy equipment together, and the gear-heads were talking some mysterious language and it was all good. My neighbor is well-known in the community and we stopped pretty frequently to say “hi” and chat with other clusters of gear-heads and everyone was very happy to see and meet everyone. I got some fun poked at me as “the guy who’s good with computers, but who can break a tractor just by touching it.” Later we all had burgers and shakes and went back to my neighbor’s garage and my friend got to crawl around and under his immaculately restored ’57 Bel Air, which wins 1st at every county fair in the area, and his Farmall C which he doesn’t take to the fair any more to give someone else the chance to win a prize. 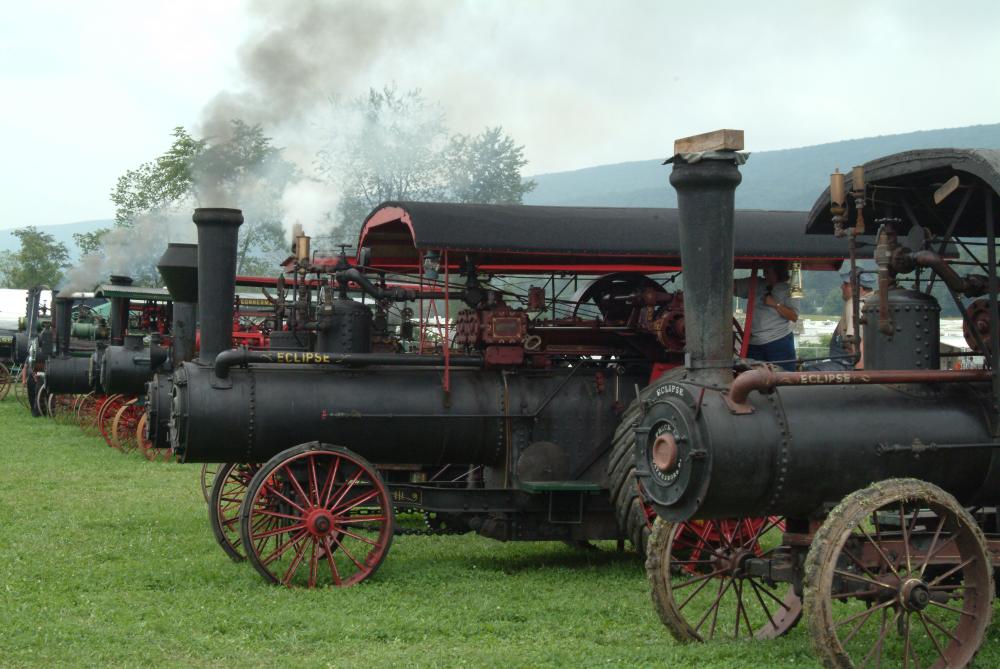 I’m not sure I know the right way to acknowledge trans issues, other than to leave the door open and be prepared to support my friends (corollary: crush my enemies) and otherwise, to just remember that we’re all stuck in this little vale of laughter and sorrow together. It’s always seemed to me that the vast majority of people understand that everyone’s got stuff going on – and everyone’s got wins and losses, things they love, things they hate, fears, desires – and most of all, they’re all just people. That’s why I get so fucking angry when some people reach out – go out of their way – to make someone unhappy about their self, uncomfortable about what they are. If there’s no point in life, as I think there isn’t, there also is no point in reaching out to break something.

As far as trans writers I can recommend, I don’t know many! I know our own Shiv (of course) and Ania Bula (from Women in Secularism)  Ania writes about making a bodyform (I wish I had been able to offer some advice! hint: cotton batting soaked in hydrocal!)

So what I am going to do is bust a scroll of google for “trans writer” and then “trans performer” on youtube, brew a big cup of coffee and read.

I did know that Wendy Carlos (who wrote the amazing soundtrack for The Shining, and Clockwork Orange) is trans. Did you?