Back in the early 20th century, a remarkable woman got interested in crime. Though she was never a member of the police* she significantly improved police responses to crime-scenes. 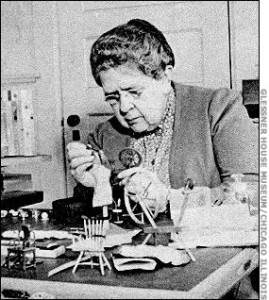 Frances Glessner Lee, also known as “the mother of forensic science” was a wealthy heiress who got interested in police methods. In order to help them think about crime-scene analysis, she built an amazing series of dioramas of crime-scenes.

Anyone who’s ever built doll-houses knows it’s painstaking work. What Lee made were dollhouses with murders in them.

There’s a lovely coffee-table book by Corinne May Botz called “The Nutshell Studies of Unexplained Death” with beautiful photographs of the rooms. Currently they reside in my old home-town, Baltimore, MD – I am not sure if they are accessible to visitors or not. There’s a walkthrough of them on the web, here and a more in-depth article about them here. 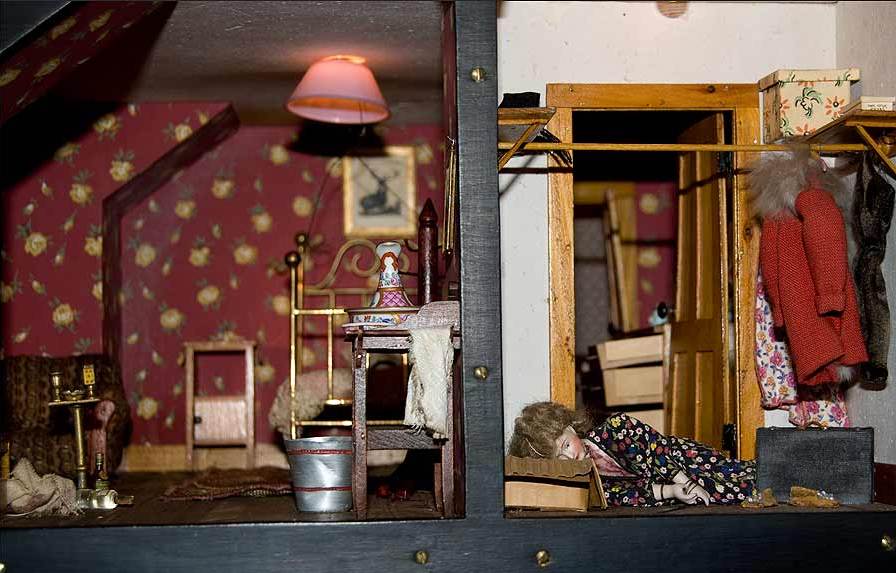 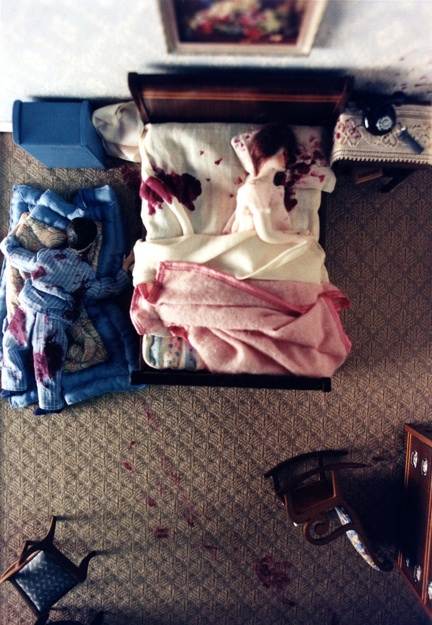 There are impractical dioramas of death, too! Via Atlas Obscura** I learn about Abigail Goldman’s murder scene dioramas. She uses model railroad components to build her crime scenes; they’re a bit less practical than Lee’s and have a bit of grisly humor to them. 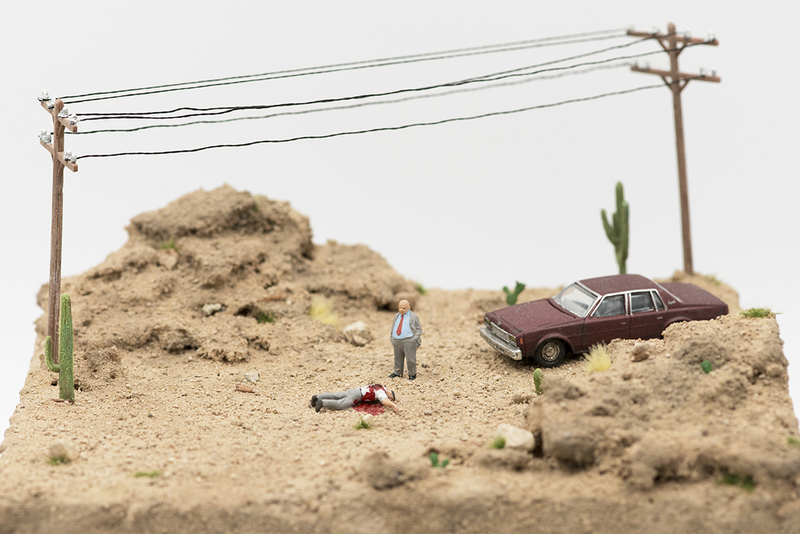 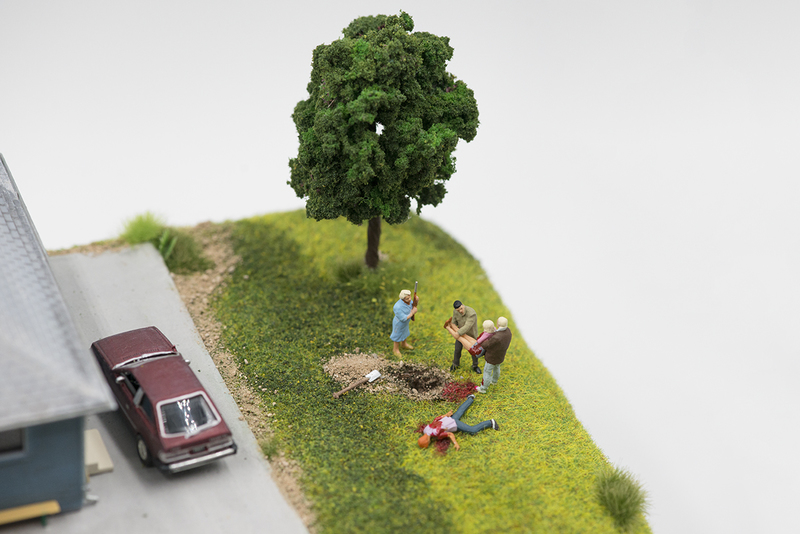 Disposing of the body

You can tell that one’s intended to be humorous: no self-respecting murderer drives a Pinto.

I can’t go into all of the many sites I’ve stumbled across that have small dioramas of accidents and murders, but here’s a lovely one. It represents a great deal of effort.

I’m good at technical stuff but I couldn’t paint if you stuck a threatening thing to my forehead and threatened to activate it. But it seems that some of us are just a bit macabre – ever since I first saw Thomas Kinkade’s paintings, I wanted to do Kinkade-style pictures of farmhouses, but have something slightly off: the outline of a murder going on in the window, or a pair of feet emerging from a pond, etc. Macabre humor makes me giggle inappropriately. 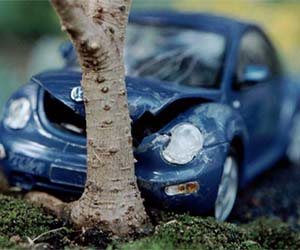 If you’ve read this far, here’s a small contest: I happen to have a spare copy of the book “The Nutshell Studies” that I bought to give to a friend who had the misfortune of dying, first. So, if anyone posts in the comment section why they think they should have it, I’ll send it to whoever’s reason I think is the best, after the comments close in 2 weeks. It’s a shame to have such a lovely book sitting on my shelf still in the plastic. Drivers: Start your engines!

PS – I do note a distressing lack of googly eyes in these dioramas.