I’m a bit over the moon, if not “at the Lagrange Point” about this.

Perhaps you recall my 2020 expedition [stderr] to Rome, NY, to dig for pyritized trilobites at a famous rock-pit (the Charles Emerson Beecher 1893 pit) that tends to exhibit a couple of unique things: the chemistry of the silt that went on to become the sand encasing the poor little dead trilobites is such that they form pyrites in the areas where the critter died – so you get a “fool’s gold” impression/death-casting that is quite unique. Also that same silt is exceptionally fine, comparable to the stone at the Burgess Shale, and it generally captures soft tissue impressions as well as the general outline of the critters.

At the time, I mentioned that by definition fossils from this particular pit are rare and collection/museum-worthy. My concern is not whether they’re worth $, or something like that, but there’s a better question, namely whether these things should sit on the curio shelf/memory box of some old goober, or whether I should try to get them into the hands of someone who runs a collection of fossils at some museum or something like that.

Let me show you: 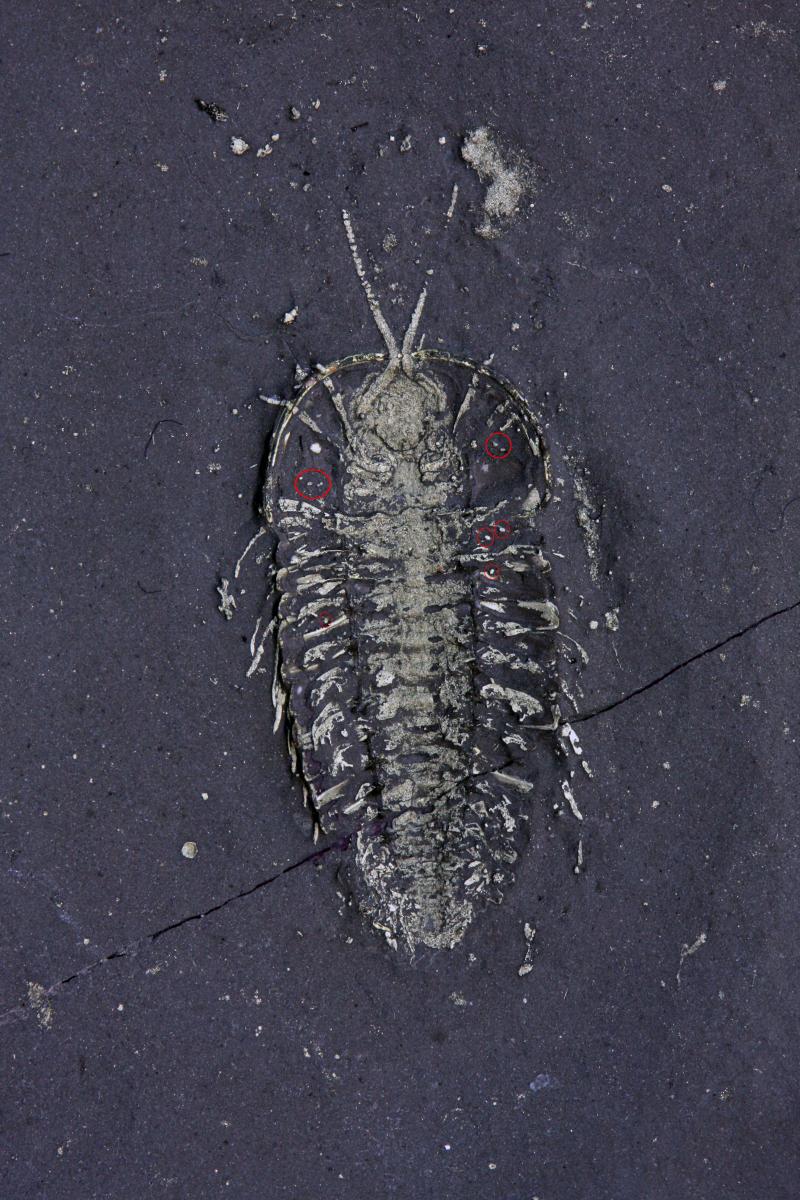 Scientists have recently [nature] concluded that trilobites laid eggs and appear to have carried them behind their heads. Horseshoe crabs are probably not surprised to learn this, “it’s tradition for us.” I’ve also got to mention that the illustration of the trilobite in the Nature article – my trilobite is better – see what I mean? There are a bunch of eggs in a little cloud surrounding that poor long-dead lady trilobite. You can also see how fine the shale is that she wound up stuck in 450+ million years ago. The current odds-on bet about what happened is either a mud slide or a pond that got a “gully washer” which deposited a great deal of silt on top of/around a busy trilobite shopping mall. Actually, compared to more busy trilobite fields out west, this particular area had a fairly low population, which makes them more interesting.

In case you’re wondering why I didn’t post these earlier: blame COVID-19. The fellow who owns the pit has a smallish crew (he is a fossil hound who makes trips all over the country) of kids that are good at cleaning fossils without damaging them. They use the same methods a paleontologist prepping a fossil for a museum would. Apparently a lot of the kids’ work winds up in museums, so they must be pretty good at it. It’s a lot of looking through binocular microscopes and using a very small pressurized air knife to gently blast off the stuck bits of shale. Because of COVID, the fossil-cleaning operation was shut down for a while. [If I had been able to do a job like this in high school, I’d have been overjoyed! I spent my free time wiring burglar alarms which was also pretty darned cool] 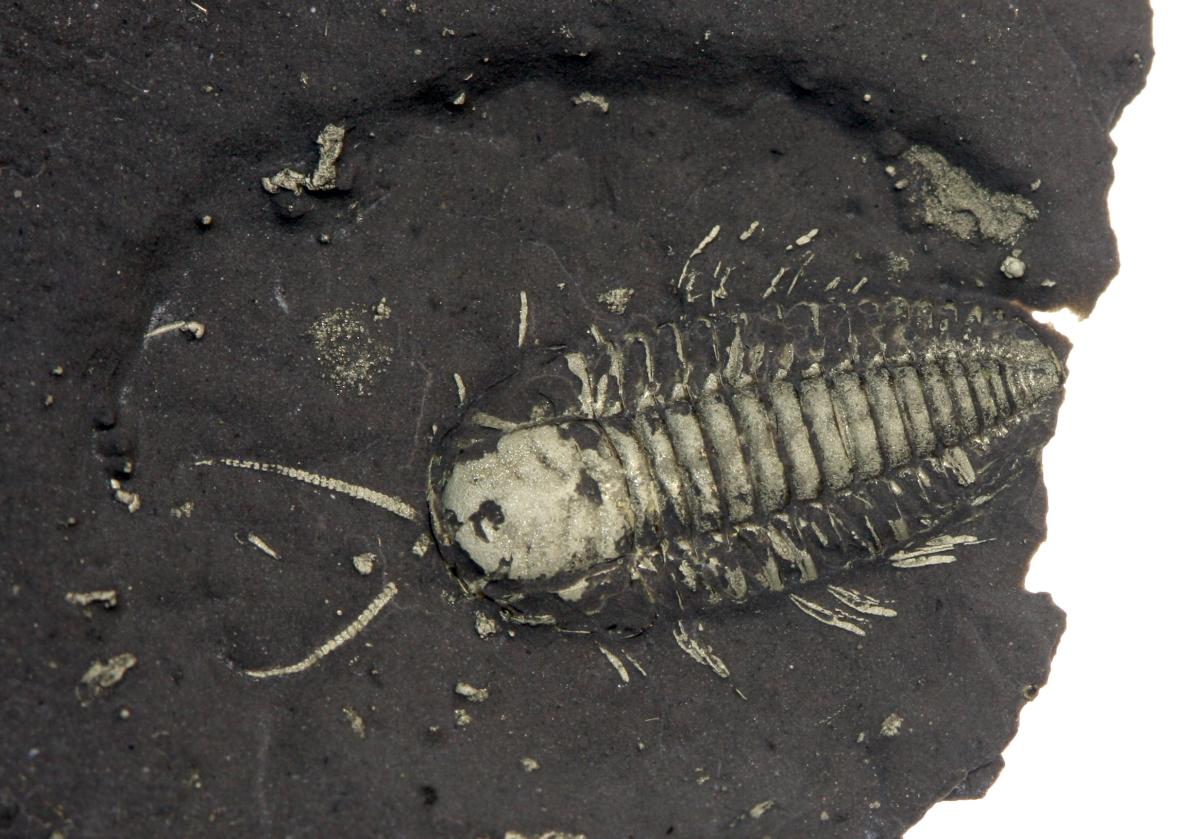 In terms of scale, these are not very big: 3/4″ or thereabouts (22mm) so they’ve obviously been photographed with some magnification. And, why not? A trilobite with both antennae in natural pose is good for someone who wants to be able to make inferences about how they hunted for food, etc. (and a couple more eggs with this one)

#3 is a bit more smashed up. Since it looks a bit smashed, I’ve named it “Rudy Giuliani, America’s Trilobite” 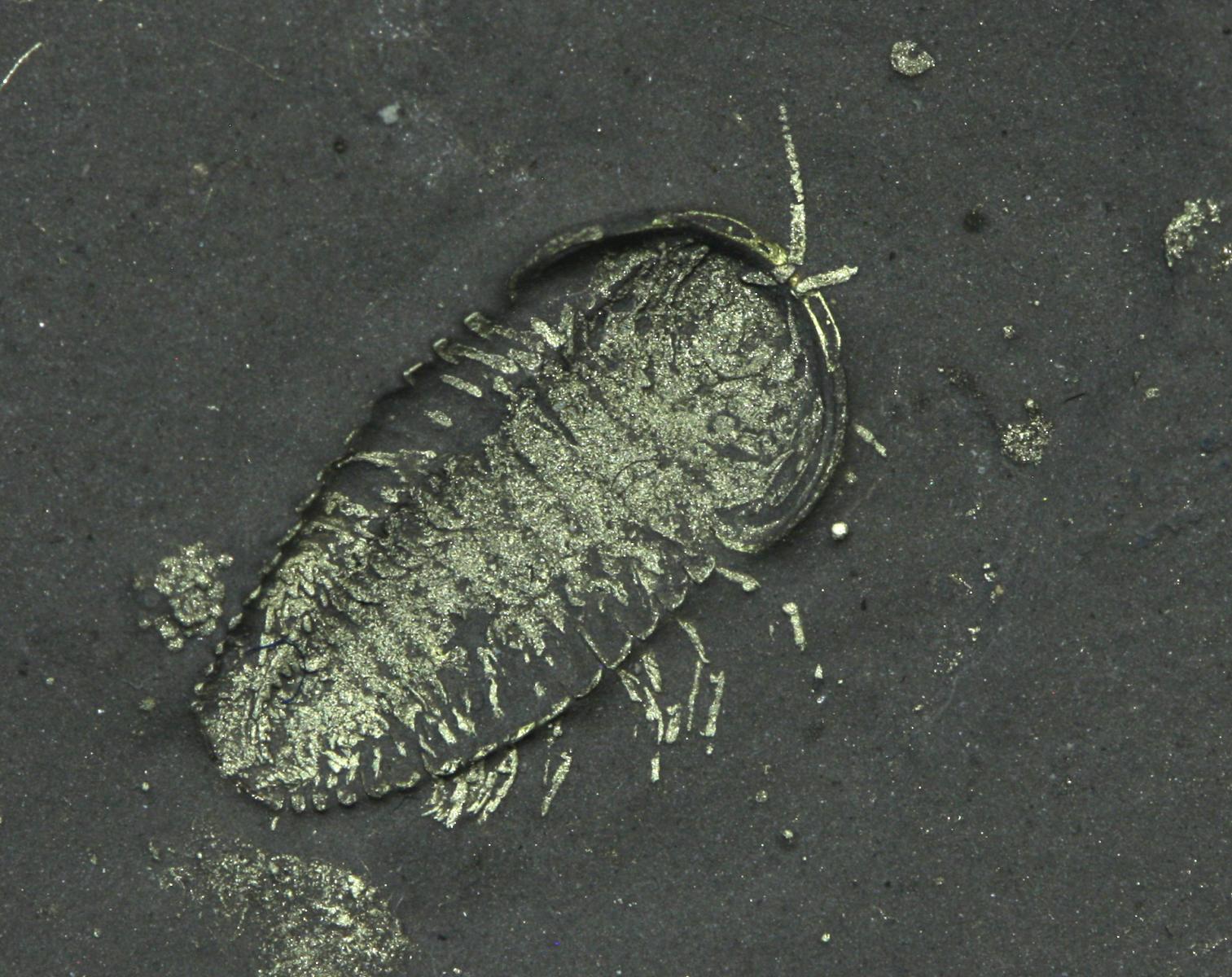 Right now they’re in a box in the hands of FedEx, and I’ll have them here in a couple days. I’m not sure what I’ll do with them, though I like #2 a lot. I’ve been thinking of making a small oak box for it and mounting the rock inside, with a removable cover so it’ll be dust and paw-free for its long nap in my dining room cabinet.

Basically this is as close as a normal person can get to digging at the Burgess Shale. If I had a choice between doing this and being shot into space with Jeff Bezos, it’d be a tough call, but only because I wonder if I could beat the shit out of someone in zero G.