I think that with a procurement program like the F-35, there’s too much money at stake for anyone to point, and say out loud, “OK, this is not going to work.” 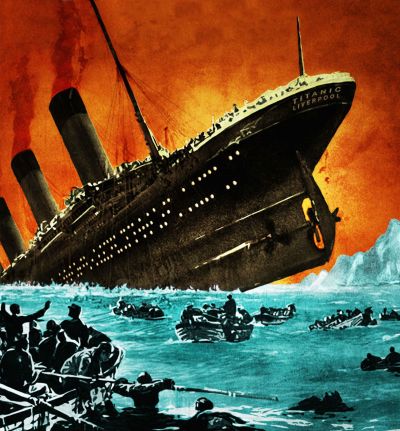 You can point at this situation and say, “OK, there’s the moment when the disaster fully bloomed.” It’s got something to do with seeing those monster propellers against the sky: things are obviously horribly wrong and are not going back to a semblance of normal.

Because the money-pump driving the F-35 program has not yet started sucking air, the program is going to die the death of 10,000 cuts. Basically, that’s what happened to the F-22: it was too expensive, too late, didn’t have a mission that matched “air superiority dogfighter” and they started cutting the program back until it became clear the planes were unmaintainable; then they transitioned to air shows and occasionally dropping bombs on defenseless insurgents.

Today, the “propellers in the air” moment came for the F-35 program, as far as I am concerned. It’s appearing from multiple sources, which means either that it’s being quoted and re-quoted, or it’s a fait accompli that is being announced in the form of a leak. [ukdefence]

“An order for 90 more F-35 Lightning combat jets is to be cancelled in favour of the Tempest fighter, built in Lancashire, while 24 older Typhoon fighters will be retired early. Whole fleets of aircraft will be taken out of service as drones become ever more common.”

It’s hard to turn “F-35” into a “brexit” term: F-35fexit? It doesn’t dance. But even the long-term lapdogs of the US defense industry are giving the F-35 the heave-ho, preferring to spend their massive amounts of money on local products. I think that leaves Israel holding the bag, but generally the US military/industrial system gives stuff to Israel, by giving Israel large amounts of money earmarked for spending on US weapons. I.e.: “Would you buy this car if I gave you the money to buy it?” It’s an offer you can’t refuse. It’s an offer that is barely comprehensible, really.

The British cutback is likely to trigger a cascade of other cutbacks. I’m sure the US taxpayers will be tapped to artificially lower the foreign cost of F-35s, because having the Brits cancel 3/4 of their expected complement is going to affect those “economies of scale” that are allegedly bringing the price of the aircraft down. This is completely not shocking to anyone who follows this stuff: Lockheed Martin Northrup Grumman Boeing have realized that they can charge $130+ million for a single jet fighter, and that’s going to be be the baseline price of a jet fighter forever more. Sure, there will be more expensive jet fighters, but there won’t be cheaper ones unless it’s part of a shell game (buy the fighters for only $50mn each, but the annual maintenance is $50mn) Naturally, the British defence industry looked at all that money going by and said, “waittaminit wots all this then eh?”

The propellers are shining against the night sky.

Meanwhile, in other F-35 news, an F-35 managed to join the exclusive club of “aircraft that have managed to shoot themselves.” [ars] This happens more often than you’d think – which is to say, that it happens at all is kind of unexpected. The F-16 survived: it was shooting at some targets, went into a shallow dive along the flight path of the bullets, which sped the plane up such that it arrived at the same piece of air where the bullets were going, and took some substantial damage. In 1956 an F-11 test pilot shot his own plane down, the same way. It’s an exclusive club and I wonder if they gave him a “confirmed kill” for that incident.

The underside of a U.S. Marine Corps F-35B Joint Strike Fighter was significantly damaged when a round fired from its underbelly 25mm gun pod exploded shortly after leaving the muzzle of the cannon mounted within. The accident, which occurred over the Yuma Range Complex in Arizona earlier this month, did not injure the pilot of the jet, who was able to bring the aircraft safely back to base.

As has been mentioned elsewhere, a “gun pod” for a “stealth fighter” is “fucking stupid.” But Air Force pilots just gotta have their guns because they’re so darned … gunny. Seriously, it’s just another American gun fixation. If you need to shoot something from a plane, nowadays, you use a terminally guided “bullet” called “an air to ground missile” e.g.: a Maverick or something like that. It’s a big, expensive bullet, but it works and it does not come with a collection of contradicting engineering challenges like: “make a great big gas-blast right next to that stealth paint job” and “maintain stealth while dropping a stream of hot brass casings.” The whole “gun pod” design is a give-away: it means they couldn’t practically add a gun to the plane, so they decided to attach a gun in a removable container. I bet a dollar to a donut that it has a mechanism for rapidly discarding the gun pod (i.e.: throw it at someone) in the event that an actual fast thing like a ground-to-air missile comes hauling up on an F-35 and the plane suddenly needs all the maneuverability it can get.

There’s going to be some glorious finger-pointing over this one, but it’ll probably be classified to keep it from being too embarrassing. It would appear that a round that is not expected to arm itself or explode until it’s away from the plane did explode – and exploded right next to the gun itself. That must have been a bit of a shock for the pilot. Instead of “Brrrrrrrr brrrrrr” they got “BrrrWHAM” (I imagine that Air Force pilots secretly make little boy lip noises when they do the pew pew pew because that’s all they are, in their hearts: big expensive little boys)

Let me explain, so you can contextualize this better: the gun pod is because the F-35’s internal gun doesn’t work: [ni]

In particular, the F-35A – the land-based version flown by the U.S. Air Force and other nations – has a problem with its cannon, which is mounted internally inside the aircraft. “Units flying newer F-35A aircraft discovered cracks in the outer mold-line coatings and the underlying chine longeron skin, near the gun muzzle, after aircraft returned from flights when the gun was employed,” DOT&E found in its annual FY 2019 report.

Compounding the problem is that the F-35A’s cannon can’t hit the target, a problem that has been reported in previous years. “Based on F-35A gun testing to date, DOT&E considers the accuracy of the gun, as installed in the F-35A, to be unacceptable,” said the audit. “F-35A gun accuracy during SDD [the System Development and Demonstration phase of the program] failed to meet the contract specification. Investigations into the gun mounts of the F-35A revealed misalignments that result in muzzle alignment errors. As a result, the true alignment of each F-35A gun is not known, so the program is considering options to re-boresight and correct gun alignments.”

Rather than go “Hey this gun is broken, fix it!” the Air Force apparently reached for a strap-on.