The theist exclaims, “Be careful not to worship the ferocious and strange God of theology; mine is much wiser and better; He is the Father of men; He is the mildest of Sovereigns; it is He who fills the universe with His benefactions!”

But I will tell him, do you not see that everything in this world contradicts the good qualities which you attribute to your God? In the numerous family of this mild Father I see but unfortunate ones. Under the empire of this just Sovereign I see crime victorious and virtue in distress. Among these benefactions, which you boast of, and which your enthusiasm alone sees, I see a multitude of evils of all kinds, upon which you obstinately close your eyes.

Compelled to acknowledge that your good God, in contradiction with Himself, distributes with the same hand good and evil, you will find yourself obliged, in order to justify Him, to send me, as the priests would, to the other life. Invent, then, another God than the one of theology, because your God is as contradictory as its God is. A good God who does evil or who permits it to be done, a God full of equity and in an empire where innocence is so often oppressed; a perfect God who produces but imperfect and wretched works; such a God and His conduct, are they not as great mysteries as that of the incarnation? You blush, you say, for your fellow beings who are persuaded that the God of the universe could change Himself into a man and die upon a cross in a corner of Asia. You consider the ineffable mystery of the Trinity very absurd Nothing appears more ridiculous to you than a God who changes Himself into bread and who is eaten every day in a thousand different places.

Well! are all these mysteries any more shocking to reason than a God who punishes and rewards men’s actions? Man, according to your views, is he free or not? In either case your God, if He has the shadow of justice, can neither punish him nor reward him. If man is free, it is God who made him free to act or not to act; it is God, then, who is the primitive cause of all his actions; in punishing man for his faults, He would punish him for having done that which He gave him the liberty to do. If man is not free to act otherwise than he does, would not God be the most unjust of beings to punish him for the faults which he could not help committing? Many persons are struck with the detail of absurdities with which all religions of the world are filled; but they have not the courage to seek for the source whence these absurdities necessarily sprung. They do not see that a God full of contradictions, of oddities, of incompatible qualities, either inflaming or nursing the imagination of men, could create but a long line of idle fancies.

Today’s deist might reply to Meslier that he is strawmanning their god; a god might create the universe in all its vastness then go take a long long break at Starbuck’s and more or less forget about it. There is no need for such a god to be concerned with justice and right and wrong – it’s the “god that walked away.” I’ve never had much respect for that opinion, either, since such a god is a useless god and serves simply as a placeholder for the coward who cannot cope with the idea that the universe has no meaning other than what we assign, and it very much appears to have sprung into existence rather suddenly billions of years ago – and the laws of physics are what shape and constrain it. “Where did those physical laws come from, then?” We may never know, and who gives a shit, anyway?

I have discussed this with deists, who declare that it’s a reasonable position for a skeptic to take. But I think it’s not – a more reasonable position for a skeptic to take is that there is no god at all, because there is no sign of one and never has been. The universe does not require a god to poof it into existence – it appears to have done that fairly well on its own. The skeptical deist should be able to offer evidence that their god exists, which is better than the evidence that black holes exist. Poor benighted deists wind up worshipping the universe itself.

Finally, deism becomes a god of the gaps argument – there must be something because nothing comes from nothing. That’s just human small-mindedness; how can we look upon something as Sagittarius A* and say “something as awesome as that cannot have simply created itself by absorbing stars and light and dust!” Yet, that’s exactly what it did. If there is a deist’s god, it did not create the universe for us, anyhow, it created the universe for the black holes. The god that walked away sure loves some black holes. 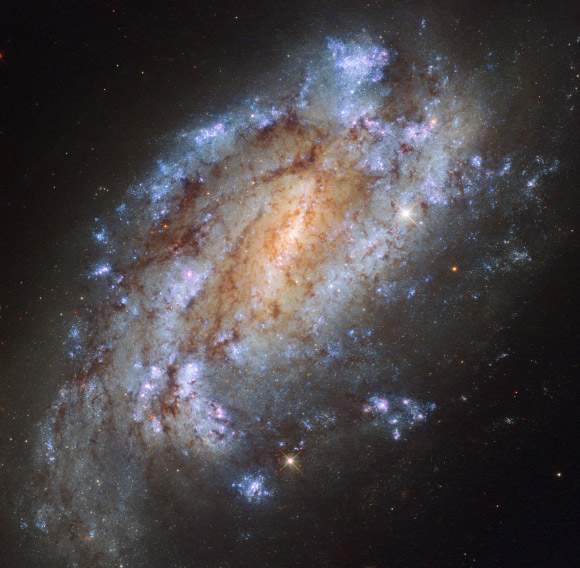 There is a thing at the center of that mass of suns, that weighs so much that the entire mass orbits around it. Perhaps the deists’ god wandered into a supermassive black hole and that’s why nobody has heard from it since the big bang.

This Important Research » « A Silver Lining