I nearly made skid-marks just reading between the lines of this one:

An F-22 Raptor pilot taking off from Naval Air Station Fallon, Nevada, in April had incorrect takeoff data, reached inadequate airspeed and prematurely retracted the landing gear, causing the stealth jet to slide down the runway, according to a new accident report.

Oh, ow. I’m glad nobody was injured, except for the taxpayers. 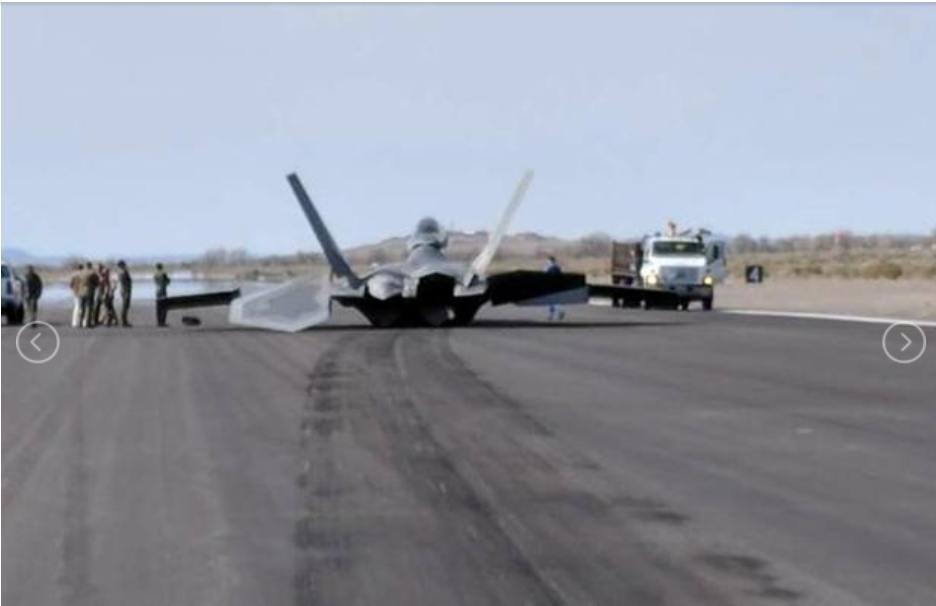 “But, wait…” I started to realize, if the landing gear retracted just before it should have then it probably retracted near the F-22’s take-off speed. It would have been moving pretty fast, right? Around 200mph.

The Raptor slid down the runway for 6,514 feet until it came to a stop.

I do not regularly read Fox News; it’s just that sometimes my F-35/F-22 searches on google news give me pointers to those sites.