At this point, you should assume your smart phone is a tracking device – albeit one you pay for, which you can buy a nice case for.

The Register reports on a study in which researchers analyzed the amount of traffic going to/from an “idle” Android smartphone. [dc] [reg] I doubt highly that Apple is any better; they’re just able to be more secretive about what’s going on because their system is more proprietary. 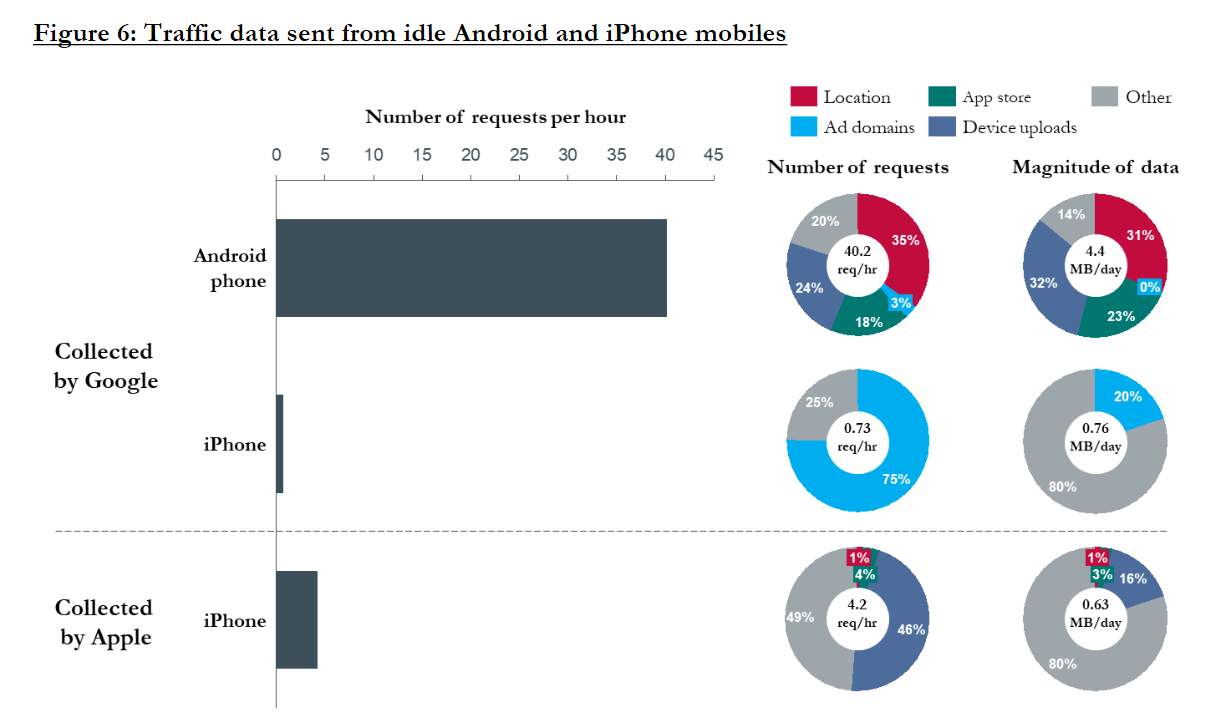 40 request per hour is close enough to “constant” – they’re tracking your location and what you’re doing, down to the minute. How far can you walk or run in that amount of time? Note: that is an inactive phone. As soon as you start doing anything with your phone, then all the servers you’re talking to (for whatever reason) have loads of other things they can infer about you. Who needs spyware? If you’re doing minimal activity (defined by the researchers, loosely, as “moving around and not doing much) it jumps to 1.5 requests per minute.

As you probably are expecting, this is mostly adsense traffic. Because it is oh-so-important that all important content be delivered to your receptive eyeballs. Apple makes its money selling overpriced hardware, so they don’t have to work as hard to “monetize” their user base. But don’t worry – if the Apple gravy train ever shows a sign of slowing down, that’s going to be one of the first things that they reach for.

If you ever wondered why battery life is so short, now you know.