This episode had some creepy pastor who was using a child as a ventriloquist’s mannequin (watch at 0:27). That was the childhood of Marjoe Gortner, who was a young “child preacher” trained by his mom using operant conditioning techniques like smothering him with a pillow and beating him where the bruises wouldn’t show. Marjoe eventually took a form of revenge by going back out on the preaching circuit – but this time taking a camera crew and recording all the other religious scammers dividing up the “take” after the tent meetings. [imdb]

Bakker is out of prison after his 1988 conviction for fraud, having diverted millions of dollars from his evangelism empire to buy big houses, a fleet of cars, and a luxurious lifestyle. His sentence was originally 45 years, but was cut down to 8, and he was released after 4. [nyt]

What amazes me about these people is that they’re obvious frauds and, yet, they have followers (and people who will buy their buckets of survival glop. I guess that when Bakker got out of prison, he went back to doing the only thing he knows how to do: making religion look bad.

When we say (as we do) that Trump voters are nationalists and white supremacists, we’ve also got to remember that there’s a good dose of religious chucklefucks in there too: people who freak out when they’re told someone is a muslim (not that they know what that is) or that socialism was invented by Karl Marx who was descended from the devil. I put these people on a continuum with Alex Jones and Jim Jones. They’re the people P.T. Barnum was referring to when he said “There’s a sucker born every minute.”

“There’s not a bottle in the world that takes out radiation.”

I don’t think I want to buy anything from Bakker’s website – it probably gets you on all sorts of mailing lists. Or, maybe I should, just to see what kind of bizzare crap lands in my inbox. 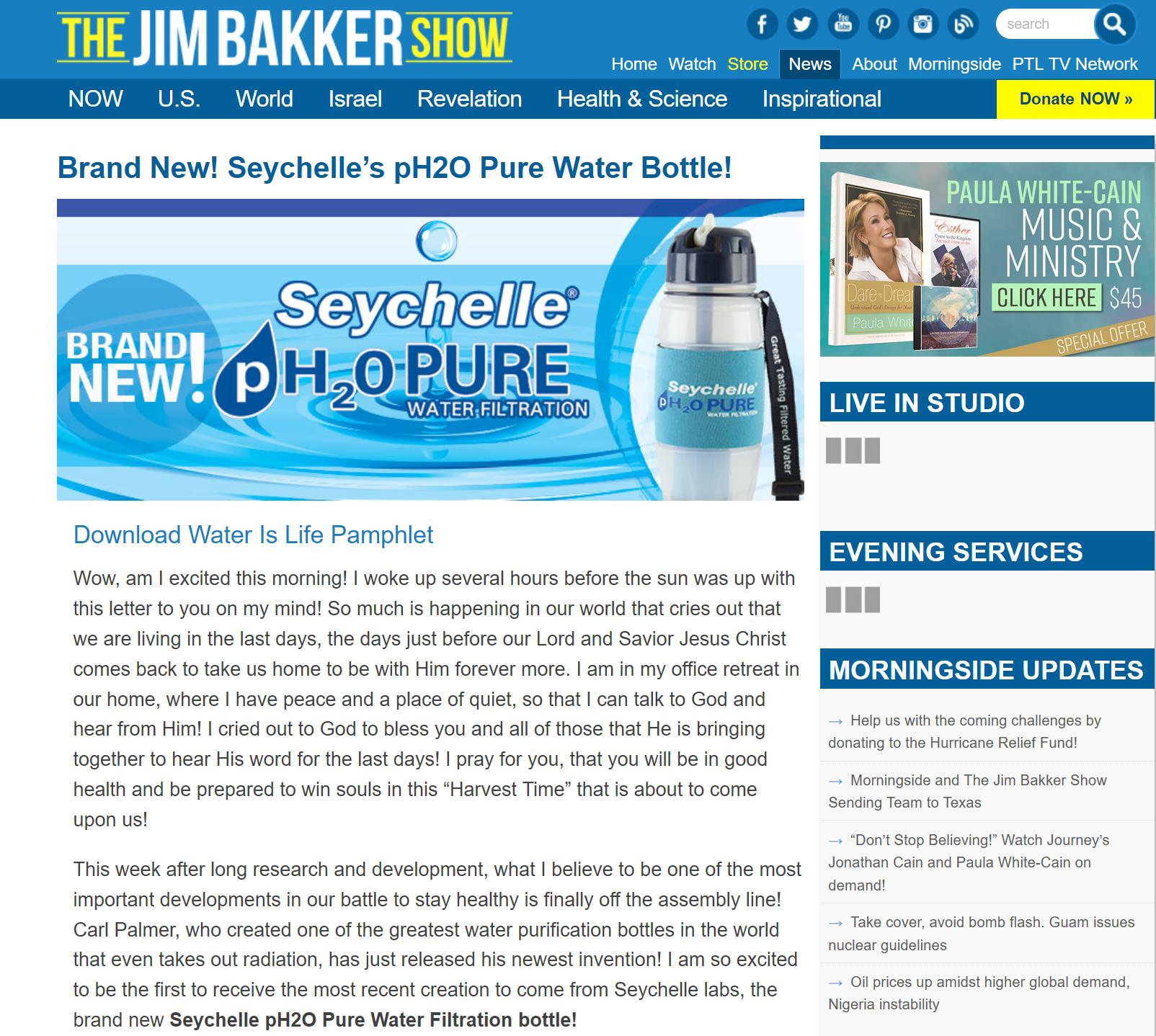 I have some uranium (yes, wrapped in lead foil, in another building 10 miles from where I live) and it’s kind of tempting to buy a radmeter and experiment with one of the bottles. I’m not sure if it’s that tempting, though. If I start experimenting with Jim Bakker stuff the inevitable end-point will be me trying to eat some of his survival bucket food substance.

What Does Insurrection in the US Look Like? » « Monday Meslier: 187 – Priests, More than Unbelivers, Act from Interest