The US’ new sanctions on N Korea are expected to cut its international trade by up to 1/3.

Currently, N Korea’s international trade is $3 billion per year. Compare that to the $20 billion/year the US Department of Defense spends on air conditioning. North Korea’s economy already sucks, and its people are malnourished. Most of their export revenue comes from selling coal to China. Fluctuations in energy costs and increases in renewable energy are going to do more damage to North Korea’s economy than the sanctions will; basically, their economy is a ruin and the sanctions are making the rubble bounce. [resolution 2371, US State Department]

Resolution 2371 (2017), adopted unanimously by the United Nations Security Council on August 5, 2017, strengthens UN sanctions on North Korea in response to its two intercontinental ballistic missile (ICBM) tests conducted on July 3, 2017 and July 28, 2017. As such, this resolution sends a clear message to North Korea that the Security Council is united in condemning North Korea’s violations and demanding North Korea give up its prohibited nuclear and ballistic missile programs.

Resolution 2371 (2017) includes the strongest sanctions ever imposed in response to a ballistic missile test. These measures target North Korea’s principal exports, imposing a total ban on all exports of coal (North Korea’s largest source of external revenue), iron, iron ore, lead, lead ore and seafood. Banning these exports will prevent North Korea from earning over a $1 billion per year of hard currency that would be redirected to its illicit programs. North Korea earns approximately $3 billion per year from export revenues. Additional sanctions target North Korea’s arms smuggling, joint ventures with foreign companies, banks, and other sources of revenue.

I’ve always been puzzled by “sanctions” and how that works. In international law a blockade is an act of war; presumably that’s when you’ve got gunboats going back and forth trying to prevent trade. Sanctions are more like a national-level boycott, I suppose. But what if someone is still willing to trade? In US-speak, sanctions are backed up with military force: [reuters]

MANILA (Reuters) – The Philippines said on Saturday it had seized a North Korean freighter that was covered by harsher United Nations’ sanctions against Pyongyang over its nuclear program.

Manila will also deport the vessel’s 21 North Korean crew and will await a U.N. inspection team from the United Nations, foreign ministry spokesman Charles Jose said in a text message.

I’m OK with that. However, we should not pretend that this is not military activity. The N Korean diplomats scream threats back when the US/UN threaten sanctions, because this is not exactly a peaceful boycott: [times]

Panama called for UN inspections of missile parts found on board a North Korea-flagged vessel as it approached the Panama Canal, weapons Cuba later claimed as its own. The shipment could constitute a violation of strict UN arms sanctions imposed on North Korea over its nuclear programme and further sour relations between the United States and Cuba.

Curiosity makes me wish I knew what the shipping manifest read. Perhaps “plumbing device” or something like that. 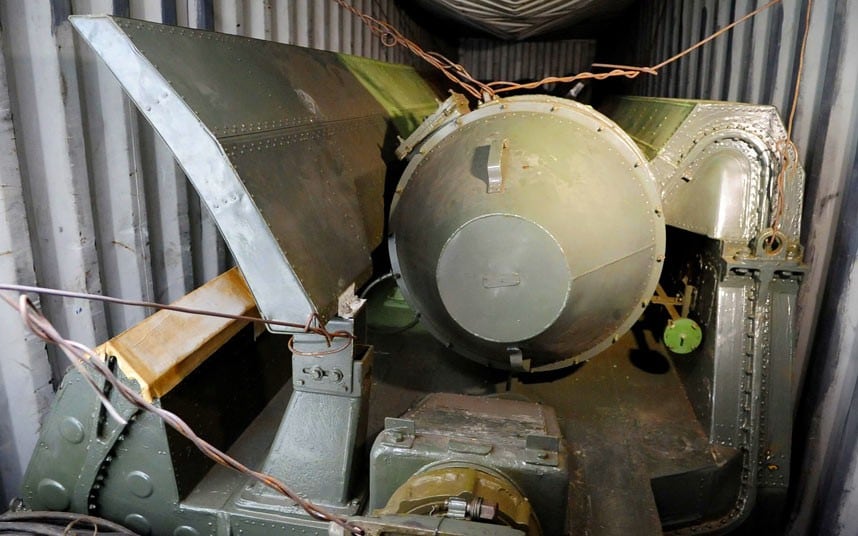 The antiaircraft missile system was being shipped from Cuba, and was packed (to protect it from breakage?) in shipping containers and buried under 50 tonnes of sugar. 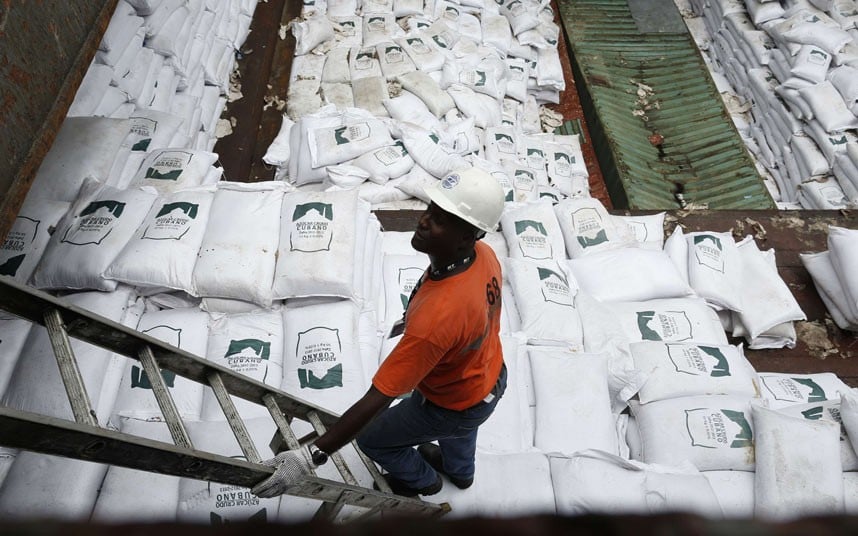 How sweet it is!

I’m trying to remember why it is that it’s legal for the US to ship THAAD anti-missile systems and Patriot/Hawk anti-aircraft missile systems to anyone in the world who has a spare couple of billion dollars. Maybe it’s because the North Koreans might use them?  No, it can’t be that because when we ship weapons to the Saudis or Israelis we know they’re going to use them. Remind me again why there aren’t UN resolutions about the US shipping weapons all over the place; could it have something to do with the veto?

With North Korea’s balance of trade at $3 billion/year, imagine the US defense contractors making a paper airplane on that budget. They couldn’t do it.