Novelist Walter Mosley is a widely-published author of crime fiction, children’s books, and stories. He did a talk at “Politics and Prose”[Mosley] about his book “Folding the Red Into the Black: Developing a Viable Untopia for the 25th Century”[amazon]

I don’t like the term “common sense” because it’s an oxymoron – what is common is usually not sensible, and what is sensible is seldom common. Mosley dishes out something that is probably uncommon sense.

I don’t believe in the existence of white people. They – so called “white people” don’t have specific genetic, racial, linguistic, or cultural shapes in common. As a matter of fact, the only thing they do have in common is the false labelling and the utter domination of people of color.

Color, for the so-called white man, is an excuse for continual, unrelenting colonization. These so-called white people walk around with their brown and and blue and green and grey eyes, with their black and brown and blonde hair of all textures, with their pale, ruddy, olive-toned and even brown skin – they come from definite cultures but have turned in those identities for a color card that allows them entree to places where others cannot, or at least – at one point in time – could not go.

I’m tempted to transcribe the entire thing, but it’s better if you listen to it yourself. He leaps from a skeptical critique of race to a broad critique of how it is used as a dividing principle to justify political horror.

I’m talking about color because we, at least most of us, allow lies to become our truths. We, almost all working-class labourers, call ourselves “middle class” in the face of the truth. We send our children to receive educations that are standardized. We allow the cap of $118,500 on social security tax responsibility. We allow genocide to exist under the banner of our so-called “democracy.” If we can do all that, I figured then I can make a statement about how our country, its politics and economy, really (it seems to me) works. My excuse is: cultural and nationalist stupidity. 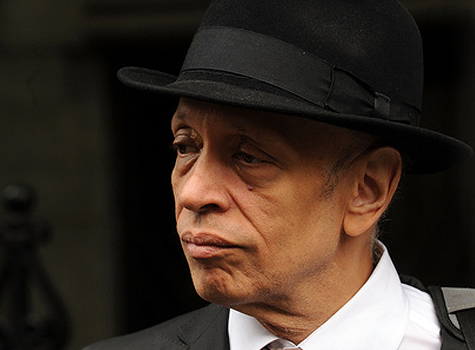 Mosley then goes on to recount how he wrote his book and attempted to sell it to radical or middle of the road publishers. Everyone turned it down – because he criticizes both capitalism and socialism equally. In Mosley’s view, which I share, the left/right divide is a fiction too, one which is used to frame discussion into a choice between two forms of tyranny – between what Isaiah Berlin called “positive liberty” and “negative liberty” – distinctions, like color, that are used to divide and conquer.

I feel like one could write an essay about every sentence in Mosley’s brief introduction. He leaps around, dealing open-handed slaps of sense in all directions, turning over rocks and pointing out the nasty crawly stupid assumptions under them.

It is the American and Marxian dream that one day we will be part of a well-oiled machine that moves productively and elegantly in perpetual motion. I have no doubt of the explanations of these perfect models. My problem – all of our problem – is that humans will never live in a perfect society because we are seriously imperfect beings. My book says that we need to raise our imperfections to a political platform that says: “my flaws need attention, too!” and, attention first. This is the Untopia: the world where me being happy is more important than any system, bureaucracy, corporation, or bribed member of congress. We don’t need a perfect society, but rather a world that muddles through – all the way equating success with general happiness.

I can’t add to that, other than to wave my fist wildly in the air and shout, “YEAH!

The anarchists’ dilemma is that if people were to do as Mosley suggests, and just stop being so divisive and mean to eachother, that clears the field and makes it easier for the remaining divisive and mean people to operate. What if you’re peace-loving and want to be left mostly alone – how do you deal with the non-peace-loving fellow next door, who fancies a sceptre and a crown, and is willing to round up a bunch of authoritarian followers that are willing to subjugate you?

Mosley’s description of society resonates very closely with how I’ve felt the world is, since I first started to understand politics and economics – from the standpoint of how they impact us all: we are born into a world where it is impossible to get along without becoming part of The System. And The System requires that you have a Job or you … can’t eat. In other words, we’re born into a trap where the end result is that we’re going to wind up working for somebody – we’re going to have to – it’s literally inevitable. The big moment for me, in figuring this out, was when I observed that there’s always a hierarchy. I was a young pup working at a giant computer company (Digital Equipment Corp) with an authoritarian CEO that everyone respected because of his accomplishments. It turned out he cratered the company, and everyone who had worked for him and respected his personal fortitude, etc., got a big reality check. Meanwhile, I realized that even the powerful CEO has a board of directors and shareholders/stock market that pulls their strings. Even the rich and powerful willingly subjugate themselves into a hierarchy of other rich and powerful people – because, I don’t know. I remember pondering why it is that people like Larry Ellison, who pretty much can do whatever they want, have whatever they want, get concerned with having a sailboat with a mast that is slightly taller than some other guy’s. Really? Is the object of power, power – as Orwell’s O’Brien says? Or is it just dick-measuring?

Epicurus[1] (and I suspect Walter Mosley) would say that they’ve mistaken the means for the end and are pursuing an error.

We’re born into a trap. I’m just thankful that there’s pizza in here.

Monday Meslier: 166 – The Fear of God is Powerless Against Human Passions » « Don’t Do This While You Are Driving