This one’s a bit tough. Hanna Reitsch was simultaneously a very complicated, and a very simple person: she loved to fly and would pretty much love anyone who let her fly – and the person who gave her airplanes was Hitler.

But, holy shit, could she fly.

This is an excerpt from her memoir, “The Sky My Kingdom” 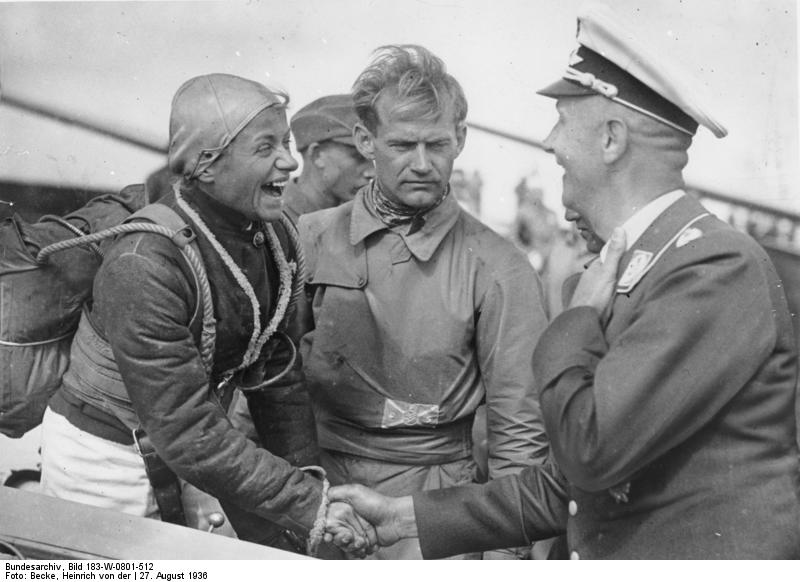 One day in April, 1944, Otto Skorzeny* introduced himself to me over the telephone and said he was anxious to meet me. This was the man whose name had become a by-word as the pilot** who had rescued Mussolini by helicopter from an hotel in the Abruzzi Moutains where he was held prisoner by the Badoglio Government. Skorzeny, it appeared, had recently been told by Himmler about our project and had himself been concerned in the development of special weapons. He was already in contact with those in the Navy who saw in the use of one-man torpedoes and frogmen a chance of bringing about a last-minute change in the courses of the war in Germany’s favour. Quite independently of us, Skorzeny had also come on the idea of the piloted V-1*** and had been anxious to meet me in order to discuss it. 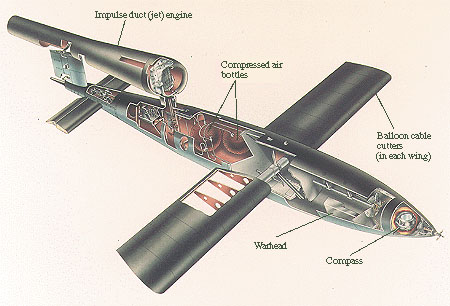 When he saw how the situation lay, Skorzeny set to work in characteristic fashion, sweeping aside all objections and obstacles with the same simple pretext, “Hitler had vested him with full powers and had expressly called for a daily progress report.”

Even today it seems to me almost incredible that a team of engineers and constructors succeeded in converting a V-1 in four of five days. The piloted V-1 was given the code-name of “Reichenberg” and was kept strictly on the secret list. Only a few people knew of its existence and not even those who worked on the normal V-1 were let in on the secret.

Various adaptations of the pilotless V-1 were constructed, using standard components already in production. The first of the new models was a single-seater V-1 with cushioned skids and a pilot’s seat placed directly behind the wing. As this model was for training, it was also provided with a power-unit and landing-flaps.

The second model was a two-seater V-1 with one seat placed in front and the other behind the wing. It was fitted with dual controls and, being intended for training school use, had no power unit.

Landing a V-1 was at all times an extremely difficult and dangerous operation and, even when specially trained, pilots of average ability could never be certain of surviving the attempt. If our project was to come to fruition at all, we had to do our best to keep down the fatality rate among the men on whom the entire training scheme depended, namely, the instructors, and those were accordingly most carefully picked from among the best of the volunteers.

The third model was the single-seater, operational V-1, with power-unit but without skids or landing flaps. In other words, it could not be landed – its first flight would also, inevitably, be the last.

I volunteered to test the prototype, but the experimental station at Rechlin insisted on using their own pilots.

On a warm summer’s day, Otto Skorzeny and I attended the first test at Larz. On arriving, we found the plane ready to 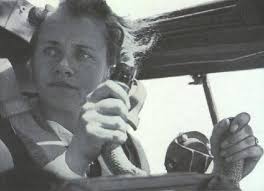 start. The V-1 was hanging under the right wing of the Heinkel III bomber. Since the allies had captured the launching sites in the Pas De Calais area, the pilotless V-1s had no longer been launched by catapult as their radius of action was insufficient to carry them to their objective from platforms inside Germany. They were now carried by an He III and launched from the mother-plane from a point nearer their target. A catapult start was also out of the question for the piloted V-1 on account of its high accelleration (about 17Gs) and it was therefore to be launched in the same way.

Fascinated, we followed the Heinkel as it took off with its burden and climbed higher and higher. Then the moment came when we saw the test pilot detach his plane from the bomber and drop away in the V-1 like some small, swift bird.

The pilot flew in tight turns until, on a dead-straight course, he began to lose height, gliding at an ever steeper angle towards the earth. It did not take us long to realize that this behavior of the machine was in no way intended by the pilot. The machine disappeared from sight and shortly after we heard an explosion in the distance and saw a column of black smoke rising in the summer air. For half an hour we waited, fearing to hear the news, until at last the report came through that the pilot was severely injured but still alive.

It transpired that the crash had been caused, not by some structural defect in the aircraft, but through the pilot’s own inadvertence. He had unintentionally pressed the catch to the sliding hood of the cockpit and, half stunned by the force of the air current, had lost control over the plane.

The day after, a second pilot took off in the V-1. He, too, came to grief, though escaping with his life.

From then on, Heinz Kensche and I were allowed to take over the prototype tests of the piloted V-1.

My first flight passed without incident and the next eight or ten flights were also successful, though not without their awkward moments. 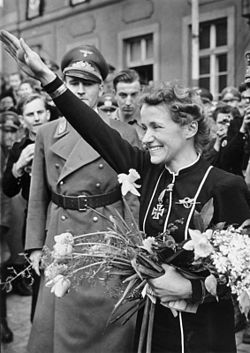 I feel the need to place a mandatory disclaimer, here: I do not approve of Reitsch’s nazism or her militarism. My impression of her, from her writings and what I can glean of her history, is that she was politically naive. She was so narrowly focused on doing what she wanted, and being herself, that she didn’t spare much of a thought for the possible consequences of her actions. In a sense, that’s the “warrior tradition” in humanity: warriors are expected to let all the higher-order moral calculus go out the window and do the best they can with the situation, which Reitsch certainly did. I always find it problematic when someone goes about being, say, a great bomber pilot: well, they’re certainly skillful at dropping bombs but they’re dropping bombs on people that aren’t actually threatening them. Reitsch simply ignored all that, and flew. We can’t, and shouldn’t, ignore that – which means we’ve got to factor everything together as we assess an individual’s impact, contribution, and value.

When their wars started going badly for them, the fascists resorted to using humans as the guidance systems for flying bombs. Reitsch is characteristically open (and politically naive) about the idea of building a piloted V-1 that has no landing gear, so she can help train other pilots to make one-way flights. The Japanese had their own suicide plane, the Yokosuka Ohka.

One of the issues I’ve long been on the fence about is the idea of women serving in the military; it seems to be less of an issue than it used to be, but as an amateur military historian, I used to ask guys who’d say “no women in the military” if they’d ever heard of Hanna Reitsch or Lyudmila Pavlichenko, etc. Usually to blank stares. I don’t think anyone should be in the military, which significantly simplifies my position, but it’s clear that women are just as susceptible to being ideologized into violence as men, and they’re just as good at it.

(*Skorzeny was a “fascinating character” in his own right, and a fantastic pilot. Accounts I have read elsewhere of Skorzeny’s life don’t mention his encounter with Reitsch, but it’s credible.)

(** Typical of Reitsch, she only saw Skorzeny as a “pilot”, he was more of a general-purpose paladin. And Skorzeny was flying a Feisler Storch, not a helicopter – through an amazing feat of flying in which he drove the overloaded Storch off a cliff, to get it airborne.  I’m surprised a pilot like Reitsch would mistake a Storch for a helicopter; I’m not sure what is going on there.)

I am also puzzled by Reitsch’s comment about wanting to bail out of a V-1. That doesn’t seem possible, with the jet engine intake right above and behind the cockpit. Maybe she meant that she was going to try to die faster.

I didn’t want to stray from the main point of this piece by including the lengthy follow-on account by Reitsch of some of her adventures in the V-1. But I’ll put two here:

On one occasion, for example, the pilot of the He III had just released me from beneath the bomber’s wing, when his plane grazed the rear of the V-1. There was a loud rending noise, as if the tail of my plane had been broken right off. Though only just able to continue to control the plane, I managed to make a smooth landing, finding, when I inspected it, that the tail had been crumpled and twisted to the right through an angle of almost thirty degrees. It seemed a miracle that it had not come right off.

On another occasion I was testing the behavior of the two-seater model of the V-1 at a wide range of speed along an inclined flight-path, flying at speeds up to 530mph. During the test, a sack of sand, which had been wedged in the front seat on my instruction to supply extra weight, somehow broke loose and shifted position. In blissful ignorance, I tried to flatten out at speed and suddenly found out that I could not move the elevator. I had not enough height, or time, to be able to bail out by parachute and had to risk all on a last, faint chance of saving myself and the plane. Just before the machine reached the ground, I pushed her nose down, and then, with all the response I could get from the elevator, quickly pulled out again. This maneuver checked the plane just enough for me to be able to make a landing, though an extremely hard one which splinterest the skids and the hull. I emerged without a scratch.