Which is just a highfalutin way of saying, LOLZOMGROFL:

It’s a little dated, but for us old-timey folk who used to have to walk uphill both ways to the internet, it’s pretty good.

So various species of the genus Menorasaurus have been around for quite some time, but they seem to be evolving quickly over the last few years. This particular Menorasaurus hipstertshirtii is new to me:

END_OF_DOCUMENT_TOKEN_TO_BE_REPLACED

Mmm, madeleines. These force me to remember how they flavour the tea, but the tea also flavours the madeleines, and, oh! isn’t it tragic that in all this talk of madeleines and tea, now that they’ve been scalded and discarded, no one remembers the linden flowers that made this moment possible without a conscious effort few will make? 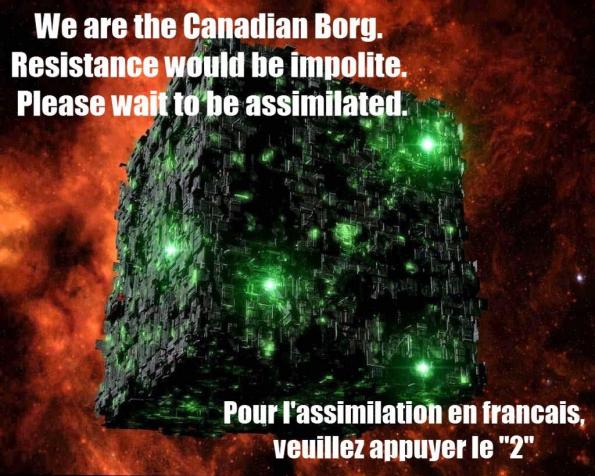 Passover is a time to think about slavery, and for many of us to think about race because of the deep connection between the two topics. Two years ago I wrote one of my best-loved pieces The One Drop Rule. Not only do traffic logs show that both of my readers read the post twice, but apparently one of them still comes back a few times per month to read it again right up until today. Since it’s also a post about which I’m proud, and since I’m also struggling with kidney stones right now, I thought I’d take the opportunity of this year’s Passover to bring it back for new readers. It turns out that I’m not up to messing around with 301 redirects to create all the appropriate aliases, so instead I’ll link it here and encourage you to go read the original if you haven’t or if you’ve forgotten it. If you like, you can pretend that post is your reward for finding the afikoman. I’d make a chocolate joke here, but Bootsy Collins told me I can’t fit it between the 1s:

Yes that’s the same video I included in one of my earliest blog posts ever, but as long as we’re headed down memory lane, we may as well take the funk railroad. I hear it even has a stop in Mixed Metaphorville.

A friend desperately wants this image made into a silver car thingy:

Anyone know where to get one?

All good days are alike; each terrible, horrible, no good day is very bad in its own way.

So, in the grand tradition of never having done this before, I offer you this quote of the day. In large part because I don’t want to lose track of it again:

“The problem with defending the purity of the English language is that English is about as pure as a cribhouse whore. We don’t just borrow words; on occasion, English has pursued other languages down alleyways to beat them unconscious and rifle their pockets for new vocabulary.”

My BFF just asked me about Nicoll a minute ago, so later today I might read some about him and add that here, but for now I ask you to simply enjoy the beauty of a well-turned metaphor.

SyFy has a brilliant piece about the feminism in Captain Marvel and how her antagonists’ tactics recapitulate anti-feminist tropes. What makes Captain Marvel bad? She’s too emotional:

Carol, like so many women, is told repeatedly throughout the film that she must “fight fair.” And “fair,” in the case of the men she encounters both human and alien, means “void of emotion.” … [W]e’re led to believe that detachment is necessary for any Kree warrior. … Nobility, honor, these are the things that matter most. That might be true, but it’s also a guise for a more sinister reality, one in which a man in power tries to stifle the abilities of a woman by equating her emotions with something negative, something shameful.

There are very minor spoilers, but I doubt, as vague and/or peripheral as they are, that they would actually ruin anyone’s enjoyment of the movie. So I recommend that everyone read the piece. Following Jessica Toomer on general principles isn’t a bad idea either.

There was a bit in a piece by Wonkette writer Robyn Pennacchia that was too good not to signal boost:

I have a theory on why women are the primary audience for true crime, for why we are the primary audience for crime procedurals. It’s because justice, for us, is a kind of escapism, it’s a kind of fairy tale — about as likely to happen in real life, to us or to anyone we know, as a pumpkin turning into a carriage. Nearly every single woman I know who has reported a rape or a sexual assault to the police has been told, more or less, to fuck off, nearly every one has been retraumatized. We have hundreds of thousands of untested rape kits, just hanging around in warehouses.

I, too, have watched hours of Law & Order in its original and SVU incarnations. I, too, have come to the conclusion that the criminal justice system is aptly named. How do I combine a dislike of how rule of law is exploited to produce its opposite and along the way perpetuate injustice after injustice with an affection for shows such as this? It’s exactly what Pennacchia said: fantasies can be as comforting as fresh baked bread.