Miranda Yardley has, much to my despair, started clogging the “transgender” tag on Medium, which is one of many ways I try to track what is being discussed about gender variance. For those of you who don’t know her–congratulations, count yourself lucky–she’s a self-described “transsexual male” who has politically aligned herself with a group of people who gleefully argue for her own subordination. She gallivants about the United Kingdom, coasting in on the benefits hard won for her by trans activism, all while arguing how harmful trans activism is. It’s the sort of hypocritical blinkered nonsense you typically see from the forced-birther movement, who often access the very services they protest. She is, basically, a British Blaire White, carving out a niche in profiting from telling the trans-suspicious what they want to hear while being simultaneously trans. This includes her latest invocation of one of the anti-trans types’ favourite cudgel: Autogynephilia, an idea (calling it a “theory” would be an insult to science) promoted by Dr. Ray “transsexuals will sort themselves out later” Blanchard.

During the course of his practice, Blanchard proposed a two-type taxonomy of his trans patients, dividing perfectly and cleanly either into confusingly named “homosexual transsexuals,” “men” who were attracted exclusively to men and motivated by the notion that it would be easier to find sex with men while trans than while gay; and “autogynephilic transsexuals,” “men” who were aroused by the idea of themselves as woman, and that this was what motivated their transition instead. Blanchard distinguished between the two on the basis of sexual attraction–if you were anything but attracted to men exclusively, you were “just” motivated to transition based on an “erotic location error;” as well as on the basis of age–people who transition later in life (“after careers and family”) are motivated by this location error whereas the youngin’s think, contrary to all evidence, that it would be easier to date as a trans woman rather than an effeminate cis man. In effect, it’s an idea that bungles the long-established differences between sexual orientation and gender identity, claiming that the former causes the latter, in addition to aggressively misgendering its subjects.

The problems with this taxonomy are numerous.

The first is that Ray Blanchard never actually compared his results with a control group, which to anyone acquainted with the scientific method is a pretty egregious oversight. When Dr. Charles Moser did just that and posed Blanchard’s survey to cisgender women, he found that 93% of cisgender women classified as “autogynephilic.” If we were to accept AGP as a valid scientific theory, we would have to claim that 93% of cisgender women are suffering from a pandemic of “erotic location errors.” In other words, all Blanchard “discovered” was that most women pictured themselves with breasts and vulvae in their sexual fantasies, and are frequently aroused by the interactions they imagine with said characteristics. There is nothing specific to this that justifies singling out trans women the way Blanchard’s taxonomy does, unless you think women aren’t supposed to be sexual creatures and that the presence of sexual desire in trans women therefore deems us “men.” (One wonders where this puts all the allosexual and even some ace-spectrum women, who I’m sure will be surprised to learn they’ve been doing their sexual desire wrong all this time.)

I promise I’m really trying to not sound condescending, but this is literally the level the discourse is at. Discovery of the Year: 2009, Many Women Have Sexual Fantasies in Which They Picture Themselves.

The second is that Blanchard’s claim that we can be neatly sorted into a strict binary (like that’s never gone poorly before) is not corroborated by his own data. Subjects from his own studies frequently defied his two-type taxonomy, and Blanchard’s response to this was to accuse those subjects of lying. In other words, Blanchard’s own methodology rendered his theory unfalsifiable, because if you contradicted the model you were considered an outlier to be dismissed. You don’t need to know the scientific method to know that if your “rules” are riddled with exceptions then they ain’t rules at all, but for the record, the possibility of being falsified is necessary for a theory to be considered scientific. 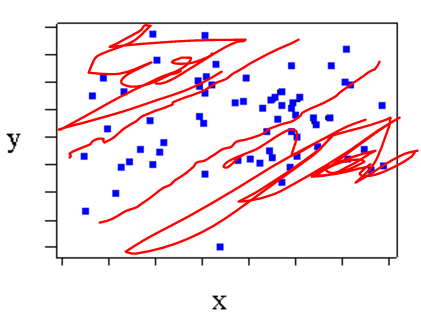 Theories that can’t be falsified are better known as pseudoscience, which is a more polite way of saying “hot steaming bullshit.” For example, when Dr. Jaimie Veale applies Blanchard’s AGP questionnaire to trans women, Veale finds a broad range of sexual orientation among both those whose sexual fantasies feature themselves with breasts and vulvae as well as those whose fantasies do not. Dr. Veale concludes “they show little support for a taxonomy, which contradicts previous theory that has suggested MF transsexuals’ sexuality is typological.” In other words, Dr. Veale wasn’t able to locate any reliable correlation when she refused to dismiss half her data. How Blanchard was able to leap to causation is anyone’s guess. How anyone could look at this and say “yeah, that’s the stuff!” is even more mystifying.

So why does a theory that’s leakier than the HMS Titanic have Yardley’s support? It’s obvious to anyone with even a shallow understanding of the scientific method that it’s a bunch of bunk, so why hasn’t she recognized that the ship is sinking? These deficiencies in the research have never been acknowledged by AGP proponents, including Yardley herself, but I’ll give credit to Julia Serano for noticing why it remains so staunchly defended by the Blanchard-Bailey-Lawrence-Cantor-Dreger crowd: It’s because it provides a convenient and permanently available method of character assassination to instantly dismiss any trans women who dissent. See how Yardley uses it when someone points out the inadequacies of the research: (emphasis added)

[Commentator], you sound to me like someone who doth protest too much. You’re not even making a coherent argument, it’s just dogma that belies your ignorance to the academic arguments made in the subject matter. I see you, and I know what you are, and I know full well that you know exactly what you are. I’d suggest that you own it, and live your life free of your rather obvious cognitive dissonance.

Much like the theory she purports, it’s impossible to falsify her claims. For example, because I recognize AGP as the sort of nonsense that would’ve had me laughed out of my undergrad education, I’m an autogynephile “in denial:” (emphasis added)

Autogynephilia as an idea suffers from far more talk than understanding. A fair barometer of whether an individual understands even the first thing about autogynephilia is their denial, either of its existence, its veracity as a scientific framework within which to understand key aspects of transsexualism, or the role of autogynephilia in the process which creates the non-homosexual transsexual [Shiv: i.e. queer trans women].

But you know what, I’ll still work with it. Let’s accept AGP at face value (despite its many deficiencies) and accept that I have the condition because I am not exclusively attracted to men (despite the fact that I transitioned at 19 contrary to the “late transitioner” claim). Now what? I have an erotic location error which has vastly improved my self-esteem, done far more for my mental health than any therapy or medication ever has, and has actually resulted in the first time in my entire life than I could ever said to be happy. I’m not engaging in any behaviour that could constitute harm towards another person. I am performing well in my career and volunteering extra hours and money into community functions like homeless shelters and food banks. I pay my taxes and take up only one seat on the bus. I’ve demonstrated resilience and resourcefulness during crisis. I’m in a relationship where I am consistently treated with respect and affirmation. How does it follow Yardley’s assertion that I am motivated to transition specifically “to impose myself on women” (“cis” being implicit–she’s a denialist of cis privilege too), especially since I usually distrust “women’s” spaces too much to enter them?

Does she assume that I have coerced all my lovers? (I don’t so much as hug without explicit consent)

Is she assuming I haven’t slept with other trans women? (I have)

Does she assume I actually want to be in a women’s space that considers me an invader? (I don’t)

What conclusions are we actually supposed to derive from this? What “cognitive dissonance” am I supposed to experience? If Yardley means to argue that this is an undesirable pathology, then surely the happy and well-adjusted lives of queer trans women damage that assertion. Yardley tries to argue that the taxonomy hasn’t been politicized, and then seeks to politicize her conclusion by arguing that autogynephilia makes me “untrustworthy” and an “imposter.” If it were really true that all Yardley wanted to talk about was the legitimacy of the research, why has so much of her career been defined by providing excuses to de-legitimize trans women under the auspices of Blanchard’s theory?

Simply put: Because it’s easier than becoming acquainted with the background knowledge necessary to actually understand Blanchard’s work. Just shout “bad trans!” and you “win.” Yardley can’t actually just say “I’m personally grossed out by your sexual narratives and you disgust me because trans people disgust me,” so she dresses it up in a bunch of academic-sounding jargon to keep up the illusion that it’s just about the research, that she has some kind of empirical phenomenon to justify her opinion, rather than expressing a much less coherent personal aversion. It’s an act that is utterly transparent to anyone that can bother to open her citations.

In that sense, she’s no different than any other TERF. Linda Shanko* on gendertrender (“What Many Transgender Activists Don’t Want You to Know”) writes a similarly even-toned piece, trying to claim it’s just about discussing the research, and then spends the entirety of her comments demonizing “AGP men” as abusive rapists. Alice Dreger has a page on her author website that comes off as entirely reasonable–then you look at her behaviour elsewhere and you find her hurling it as an insult at her critics. And, of course, Ray Blanchard’s first instinct in responding to Zinnia Jones challenging the quality of his work is to find her porn and shame her for her sex work with–you guessed it–an AGP diagnosis over Twitter.

So, you tell me dearest readers: Reasonable theory beset by hysterical transgender activists, or a smart-sounding smokescreen to dismiss someone for who they are?

*NEVER EVER LINK DIRECTLY TO SHANKO’S BLOG IN THIS SPACE.

Tolerance is a peace treaty, not a moral imperative » « Yep, transmisogyny: Still misogyny.