I’m only laughing to numb the pain. Content Notice: Homophobia.

Despite claiming he’s not a lobbyist, Neal Hancock–perhaps better known by his character “Bernard the Roughneck”–sure collects a lot of money from oil lobbyists to talk about oil. The Quebecois theatre student and political science graduate would have you believe he’s the voice of Alberta’s average joe. Because, you know, the hotbed of ill-advised Western separatism is just teeming in abundance with French Canadian drama and political science?

Of course, no reality-denying quackery is complete without the chronically libelous Rebel Media. In a rally where “the Roughneck” went on record to suggest foreign agents should hack the NDP databases (man, where have I heard that one before), the average joe spokesman decided the best way to make his political statement about the NDP’s carbon tax was to throw his shoes at the Legislature. Seconds later after Hancock’s impassioned (and possibly treasonous) speech, Ezra “Not a Journalist” Levant said without the slightest hint of irony to the frothy-mouthed crowd:

As Hancock wandered away from the podium to retrieve his shoes, Levant reminded the crowd to “obey the law,” adding that “our side does, but the other side does not.”

Yes, because the man found guilty of libel is the sort of reliable law-abiding figure whose even-handed judgement you can trust. Like bringing in an arsonist to lecture you about safety. 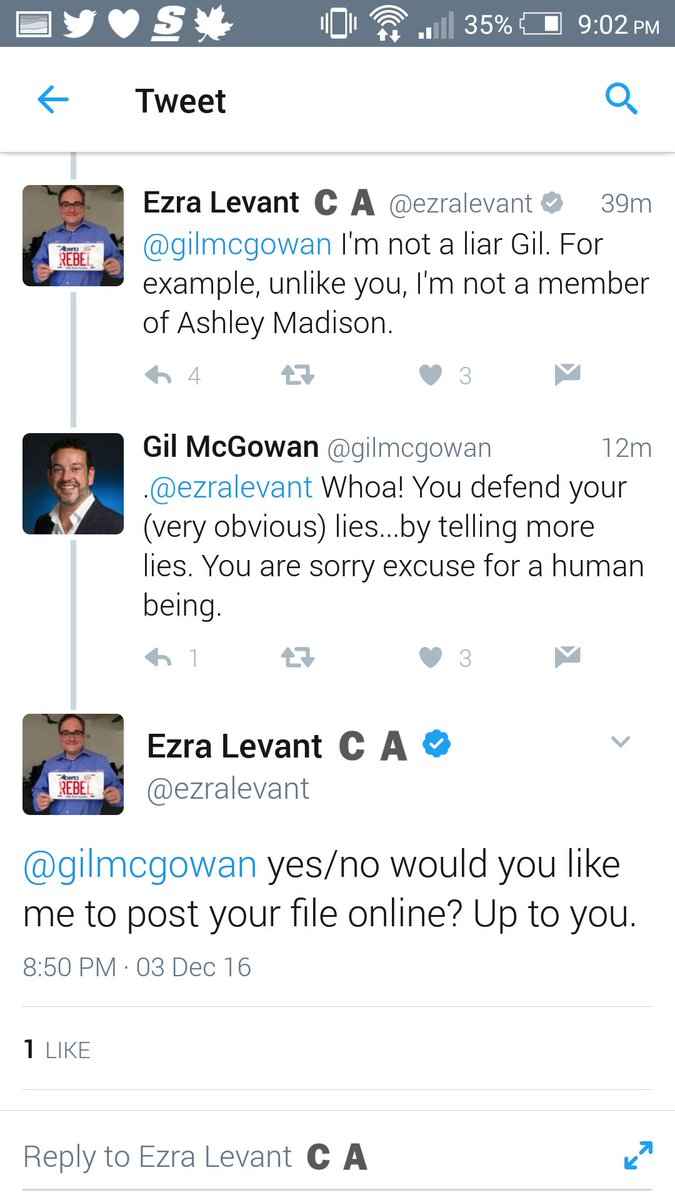 McGowan tweeted that he planned to consult a lawyer about Levant’s alleged “slander.”

McGowan did not respond to an interview request. Levant, however, did. But not in the way most sources reply.

Here is the email correspondence:

EL: You’re a malicious crank. You can quote me on that.
Me: I’m also a real journalist who has never been refused media accreditation and demands that you be held to the same standard. If that qualifies me as malicious, then I’ll gladly wear the label. As far as I’m concerned, you’ve declined to comment. Thank you for your response.
EL: I have not declined comment. Don’t lie. My comment is that you’re a malicious crank who rants about me on Facebook so much that I’ve blocked you.
Me: You’ve declined to be interviewed, which is what I requested. Thank you for replying.
EL: I have just done an interview with you. Your refusing to acknowledge it is more proof of your malice.
MH: I requested an phone interview in which I could ask you questions about your accusation that Gil McGowan has an Ashley Madison account. You have refused to grant the interview. That’s your right. But there has been no malice whatsoever in my request or my correspondence with you. You’re very thin-skinned to mistake my criticisms of your work for malice. Are you above criticism?

And that was the end of the emails from Levant.

Then, just in case you thought one  invention wasn’t enough, Ezra Levant accuses the NDP of hiring the protesters who embarrassed the so-called anti-tax rally. (MAN, WHERE HAVE I HEARD THAT BEFORE) 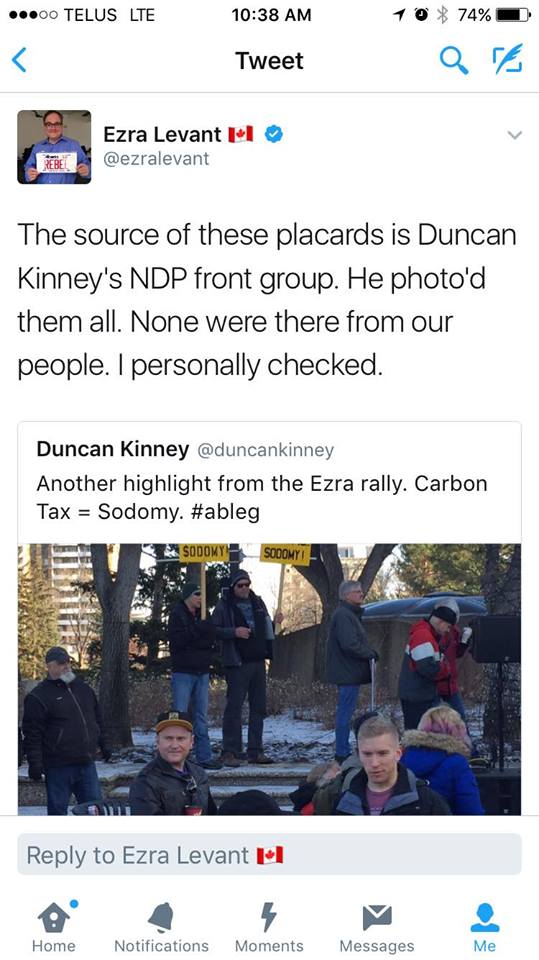 Just wait, we’re not done yet. Progressive Conservative leadership candidate Chris Alexander–who I haven’t really covered because Jason “I don’t get caught up in the details” Kenney is slated to win–also attended the Rebel Media scatterbrained rally. And when he began to speak, his bloodhound crowd began to chant–wait for it–“lock her up,” referring to Premier Rachel Notley. (MAN I SWEAR I’VE HEARD THAT SOMEWHERE BEFORE)

Because the correct answer to Trump’s post-truth America is “yeah, more of that”? These fucking rubes haven’t had an original thought in 19 months.