That song still sends shivers down my spine. It sounds like a bunch of very stoned people jamming with their heads in a bad headspace. If I’d been in charge of the evacuation from Kabul airport, I’d have had someone queue it up on the public address system, then run for the helicopter.

But that’s not the end or the doors that I’m thinking about. I’m referring, of course, to my shop’s doors. Other than some minor fit issues, which can be overcome; I need to run the floor runner through the table-saw to widen the grooves so there’s a bit more play in them, allowing the doors to overlap properly. 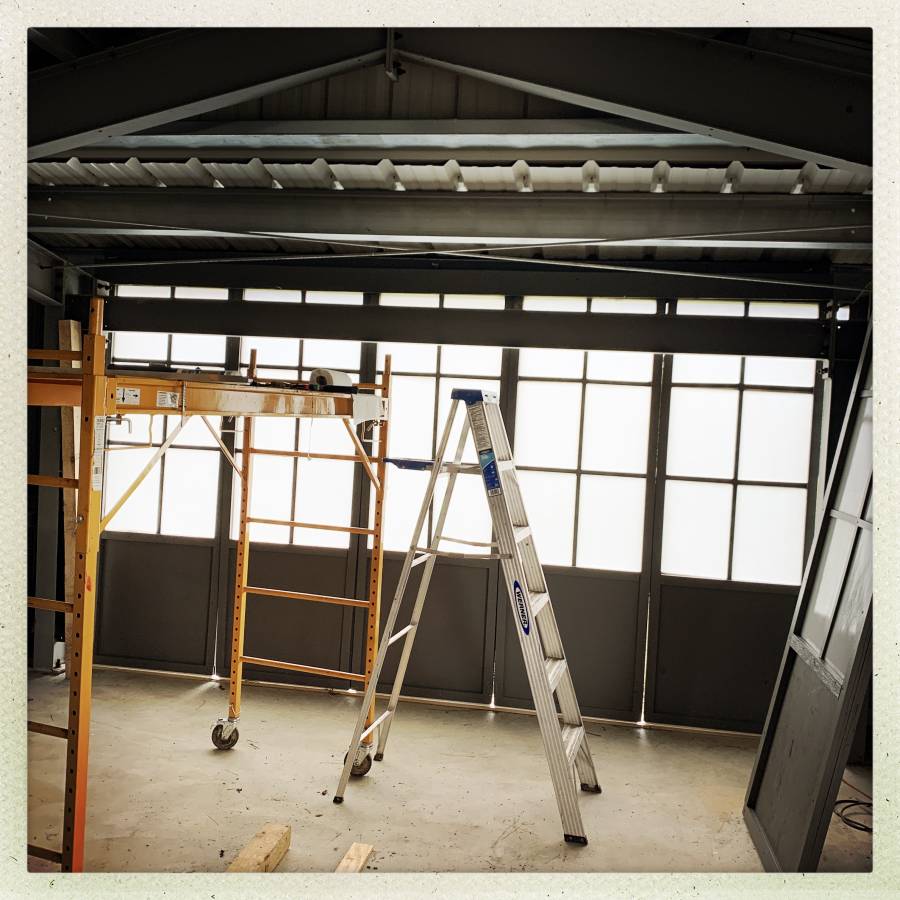 My next project(s) are to wire up the electric, with Mark’s help, and to line my new forge-body, rig up the propane feeds and cutoffs, slowly cure the cement with a few short burns, and – while I’m at it – make the forms and cast the cement for my smelter. Both of those projects are a matter of mold-making so It’s comparatively easy. Naturally, I will be experimenting, which means I’ll be putting styrofoam micro beads in the outer layer of cement to add some loft to it  – they’ll burn out, and stink. The innermost layer will be made of “mizzou”, an allegedly very tough cement that can handle up to 3000F.

I am still trying to decide if I want to strengthen the inner lining by stirring some chopped carbon fiber into the mix. It’s tough, it’s heatproof for most values of “hot” and it’s dimensionally stable. If it’s inside the mizzou, I won’t be breathing any. It’s probably still better than ceramic wool, which is what normal people use as an outer layer. Another option is to take the time-honored approach and “experiment” – set up my old forge on the new propane feeds and cast some firebricks and see how they perform. That is probably the best path and it won’t take very long. I wanted to make myself a sort of liner tray out of cast cement, to cover the bottom of the forge, so I could do that in segments and see how they hold up.

The good news is I expect to have a forge-lighting ceremony sometime in …? November? Before the end of the year, almost certainly. And since the forge now has doors on it, I can work in the winter without snow howling around my ankles.

I know I owe some of you knives and a wok and some other things. My schedule-slippage has been emotionally painful for me to the point where blacksmithing is starting to feel like a “job” which I want to avoid. If I owe you a piece and you want your money back, let me know.

Also, when I have the electric done and the vise mounted, forge lit, etc, I’ll post a photo-tour of the place. I just can’t expose it to public sight in its current state.