I understand that “Sovereignty” is an important concept to nationalists.

The defining mark of the state is authority, the right to rule.

A nation that’s right to rule is infringed upon has lost its sovereignty – it is a “failed state” if the loss is a result of internal errors, natural disasters, or deniable outside interference. It has otherwise lost its authority if it is subjugated militarily. So, when Barack Obama and NATO complained about Russia’s invasion of Ukraine:[bbc]

Nato has accused Russia of a “blatant violation” of Ukraine’s sovereignty and engaging in direct military operations to support pro-Russian rebels.

The US imposed sanctions on Russia for violating Ukraine’s sovereignty. Sovereignty must be potent and important magic.

“This is not an isolated action, but part of a dangerous pattern over many months to destabilise Ukraine as a sovereign nation,” he said.

“This is a blatant violation of Ukraine’s sovereignty and territorial integrity. It defies all diplomatic efforts for a peaceful solution.” 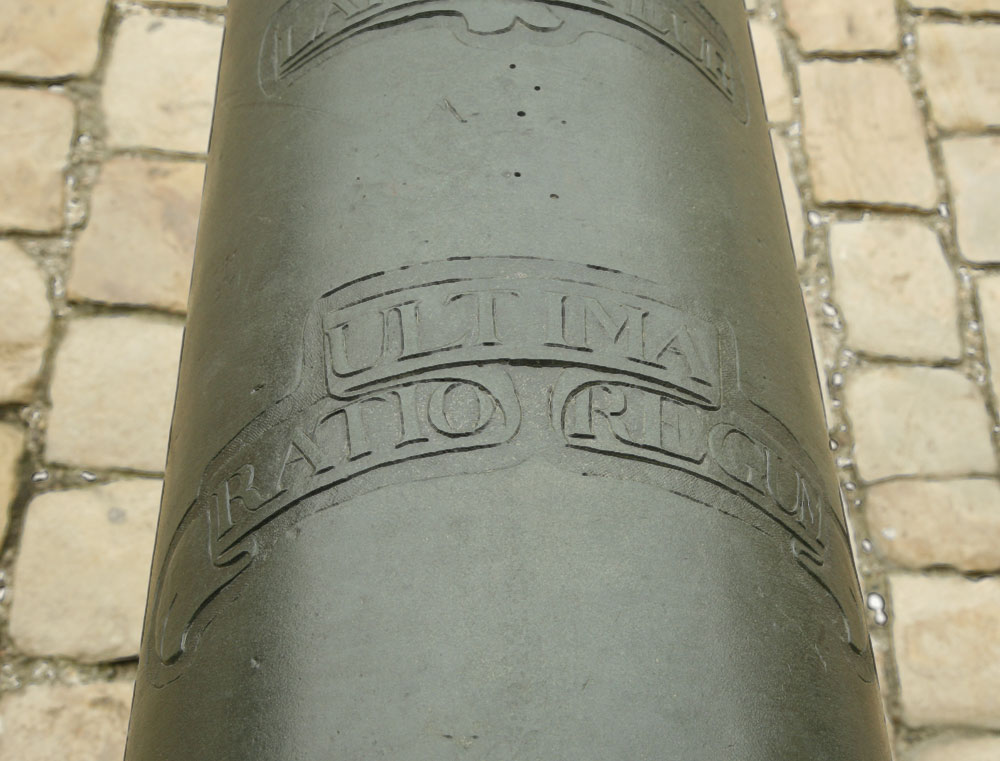 This stuff all goes back to the Treaty of Westphalia (1648). At the time, Europe had been racked with incessant wars in which religio-statist armies went around attempting to eradicate each other. Westphalia defined the modern idea of a nation-state based on its sovereignty: its ability to successfully monopolize violence. Under Westphalia, a nation was responsible (because of that ability) for controlling military and para-military forces operating within its borders. The notion that a “nation” exists as an entity, in other words, depends – as Paul Wolff says – on its ability to rule itself. It’s sort of a “self-licking ice cream cone.” Basically, its a bunch of kings defining that you can only be a king if you have an army [stderr] and you only get the rights and privileges of being a king if you’re a certified member of the king club. A shorter way of putting the Treaty of Westphalia, in king-ese, would be: “all this fighting is bad for business.” Which is literally true! When kings’ territories dissolve into chaotic factionalism or sectarianism, it makes it obvious they haven’t got their shit together. 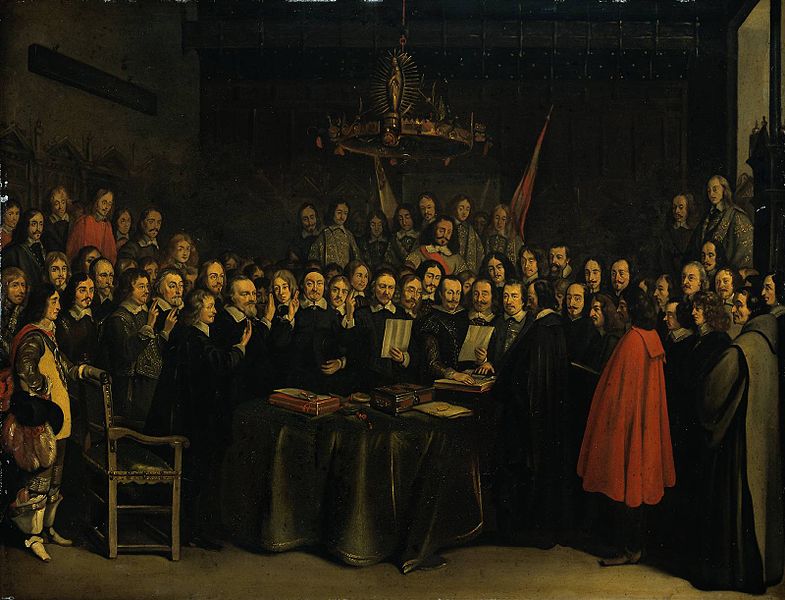 March 6, 2014, President Barack Obama issued an Executive Order to enact sanctions against the property of anyone who have “asserted governmental authority in the Crimean region without the authorization of Ukraine” or who wish to “undermine democratic processes and institutions in Ukraine, threaten its peace, security, stability, sovereignty, and territorial integrity.” [homeland security]

That Westphalian notion of nationalism motivates the Bush administration’s declaration that Al Quaeda were “illegal combatants” – because no particular state was willing to claim them, they were not to be allowed a seat at the table; they can’t get into the king club. ISIS, either. ISIS, especially. One perspective (far from the only perspective) you can take on what’s going on in Iraq is that it is a debate about what it takes to become a fully paid-up member of the club of nations. I probably don’t need to remind you that the US rather crudely stomped Iraq’s sovereignty in 2003: because the US cares a lot about sovereignty! But it effectively allowed Iraqi Kurdistan to break away from Iraq after Saddam was deposed: because the US cares about sovereignty.

I can’t keep a straight face, anymore. Of course, in the club of nations, the only sovereignty anyone cares about is their own. The entire concept is completely specious; it’s just a fancy-sounding way of saying “do as I say, not as I do!”

The cannon should have been labelled “The only argument of kings.” Or perhaps “All that kings will listen to.”

Meanwhile, in Syria – a nation state, a member of the club of nations, a member of the United Nations since 1945, the US has pretty much made an “Open Bombing Zone.”  The US military is operating all over the place, to a degree which Putin’s military didn’t even do in Ukraine. And, what’s weird is, the only foreign power that has been invited to operate in Syria, by the Syrian government, is: Russia. The US has been flying strikes – including war crimes against civilian targets – and is sort-of negotiating with Turkey to more or less create an independent nation of Kurdistan. The Turks, of course, are furious about that, because sovereignty, but the Kurds are happy, because sovereignty. This sovereignty stuff that is so all-fired important is what the British put on the table and sliced apart casually when they decided the Ottoman Empire should be divided in this and that -shaped pieces.

The British have been flying strikes [raf] the French flew retaliation strikes against civilian target Raqqa (a war crime!) after the 2014 attacks in Paris, it’s open season in Syria and Iraq. Syria’s sovereignty, which would have been so important to the US if it had been Ukraine, has been stomped on, broken up, burned, and the smouldering pieces pissed on.

I learned the other day that it’s so un-news-worthy to bomb Syria that Israel has been doing it for a while, now. When I stumbled across that fact, I was shocked and awed – you’d think it’d be news. But the way it’s being done is especially interesting: Israel is warning Syria “don’t you even think about trying to shoot at our planes that are bombing targets in your capital city.” [thenational.ae] [telegraph]

“The next time the Syrians use their air defence systems against our planes we will destroy them without the slightest hesitation,” defence minister Avigdor Lieberman told Israeli public radio.

It’s amazing how concerned the US is with sovereignty: it’s very important that China not expand its idea of its territorial waters to cover a bunch of islands in their backyard, but it’s completely reasonable that everyone and their uncle go fly over Syria and bomb them – and tell them “don’t you dare try to stop us or we’ll bomb you fucking more!”

I’m waiting for some asshole in Washington to declare Syria “a failed state.”

The US is a failed state! If the point of a state is to provide for the common good, and to protect the people against foreign enemies, the US is 0 for 2. It can’t stop starting wars and it can’t even provide basic health care, mental health services, and retirement benefits for its neediest citizens.

As an anti-nationalist, I reject the idea of sovereignty – it’s simply a convenient word that the establishment uses to describe the degree to which it is able to exercise authority over a piece of territory and the people in it. If a nation governs based on the consent of the governed, then the entire notion of sovereignty (as it regards interactions with other states) doesn’t factor in at all. It all resembles a bunch of gangs that have staked out territory and want to make sure no other new gangs emerge. This has never been about anything but the exercise of naked power, and the fig-leaf is starting to wear thin.

They Were Waiting for It » « Blow the Top Off It