My dad, the real historian in the family, used to say that the history of a time cannot really be told until all the bodies are buried and the forgotten memoirs come bubbling to the surface. When he first told me that, as a kid, I wasn’t really ready to understand him. 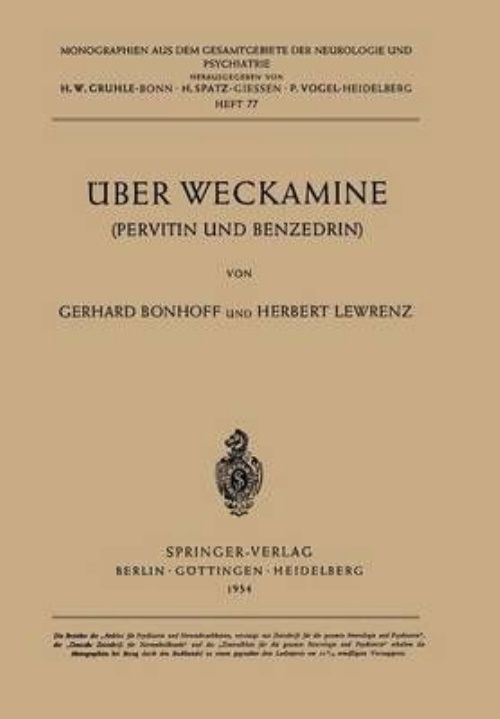 So here’s a fantastic example: it turns out that Hitler was possibly whacked on amphetamines and/or oxycontin, and large amounts of the Wehrmacht brass were wolfing down methamphetamine pills – pills that apparently do wonders to your “confidence and energy”!

This story has been getting a fair amount of play recently, because a book (natch!) is out that documents all the various drugs Hitler was on, and I guess the author is doing a book tour. Links are in the footnote section.

Apparently Pervitin is coming back into vogue in Europe. You probably don’t want to start googling for synthesis, unless you want to end up having your purchasing habits examined.

The story is that Hitler’s personal physician was giving him 2-4 shots of oxycontin (basically; an early version) every day, and he was probably taking other stuff as well. We knew already that Goering was a morphine addict; it was probably impossible to hide that because he was so far gone. At the time of his death he was taking 350mg or so of morphine a day. So you can calibrate that, 20-30mg of morphine is a typical palliative dose for a late-stage cancer patient. Goering was probably more fucked up than all the Rolling Stones plus Jimi Hendrix; it’s not hard to understand why he made some really bad decisions (“we will supply Stalingrad from the air” said Goering, who was floating at 10,000 feet himself). 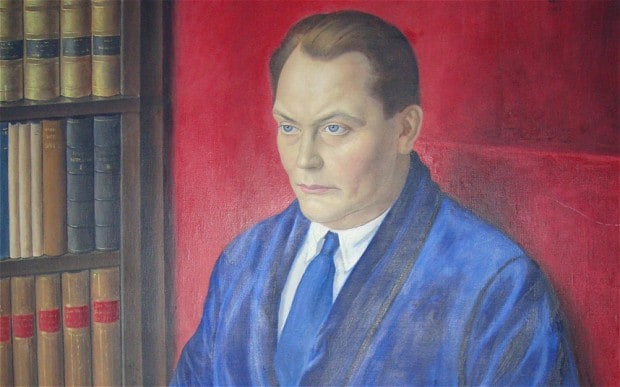 Goering by Imre Goth. Goth had to flee the country after this unsparing portrait of a trank’d feldmarschall

The recent breaking news about Pervitin claims that Erwin Rommel was called “The Crystal Fox” before he became “The Desert Fox” because he used to consume Pervitin in massive quantities. To me, this is a perfect example of what my dad means about the bodies being buried: I grew up reading about Monty and Rommel and what great commanders they were, then a few years ago, I read some more balanced histories of what incompetent blockheads they mostly were,* and now I am reading that Rommel may have been so meth’d out that he probably was blitz krieging most of the time. It might explain some of his spotty performance.

Many pilots and soldiers on both sides of WWII went into battle high.  Speed (benzedrine) was a big deal during the Vietnam era, and today’s US military depend heavily on  “go pills” – some of the pilots implicated in friendly-fire incidents in Afghanistan were apparently thoroughly baked.** ‘Go pills’ to stay awake, titrated with Ambien so they could sleep, then up and do it all again the next day.

I used to know a guy in the information security world who I’m pretty sure was into meth. That, or he was doing so much ecstacy that he was suffering from serotonin syndrome. When I first saw him, he was pretty together, and did fanciful “vision pitches” (i.e.: bullshit) for a large software company. A year later, he looked 10 years older, had a couple weird twitchy tics and apparent mild dyskinesia, spoke in Pressured Speech*** characteristic of people with certain neurological disorders. His teeth were rotting, his eyes bugged out, and he would occasionally burst out with irrelevant laughter. A year after that, he had vanished from the industry. It was sobering to see.

These things are obvious in context, and it makes me wonder how many nazi brass knew hitler was whacked out of his brains a lot of the time. It makes me re-assess things, myself: many military historians see Hitler’s decisions as the dramatic plays of a gambling addict – but maybe some of his battlefield calls were driven by a different addiction entirely.

All of that brings me around to the thought that got me here: I wonder what Trump’s on. As I was thinking of Hitler leading his people off a cliff, I thought that Trump’s narcissism, volatility, apparent inability to remember what he said, emotional outbursts, etc.: they’d make perfect sense if Trump was coked to the eyeballs.

I wonder what we’ll learn when all the bodies are buried and the story of this time is written.

OK, so this is weird timing: I studiously avoided the debates, and now I find out that Howard Dean was apparently ahead of me. The sniffing theory is B.S. – that’s not how you tell the drug abuser. It’s a pattern of behavior. Trump should immediately take and publish the results of a drug panel. Unless he’s amped.

I feel I should mention that the battlefield drug of choice used to be alcohol. Cavalie Mercer’s account of the Waterloo campaign and Marbot’s memoirs of the napoleonic wars make it sound like there was a great deal of pre-battle boozing. It makes sense: what sober person would want to face a line of muskets?

Pilot’s Salt: The Third Reich Kept Its Soldiers Awake With Meth (The Atlantic)

(* Rick Atkinson: An Army At Dawn – The War in North Africa)