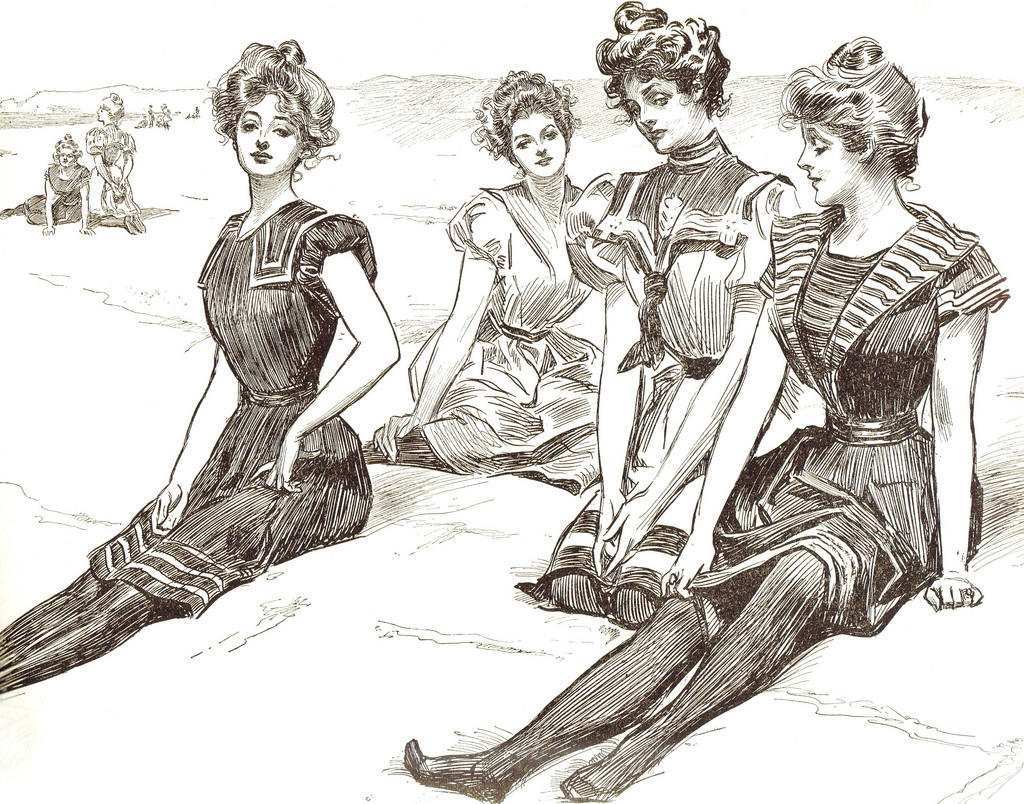 I wish Americans would look at themselves and their own history, before they talk about how benighted other cultures are. They’re not wearing niqab, but they’re wearing stockings and corsets. At the beach.

It’s hard to look at Gibson’s work and not see it for its classism as well as racism and misogyny. Women are represented as either manipulative, or frail.

Well, which is it? 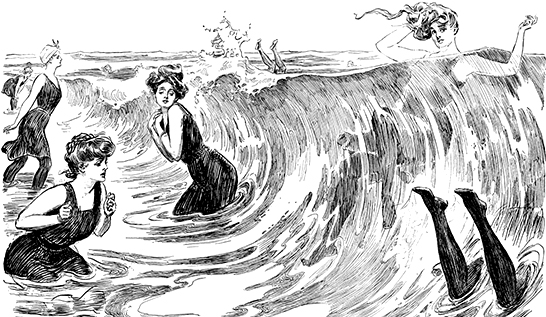 Or helpless in front of water?

Or bored to tears? You can practically hear their optic nerves straining as they roll their eyes. 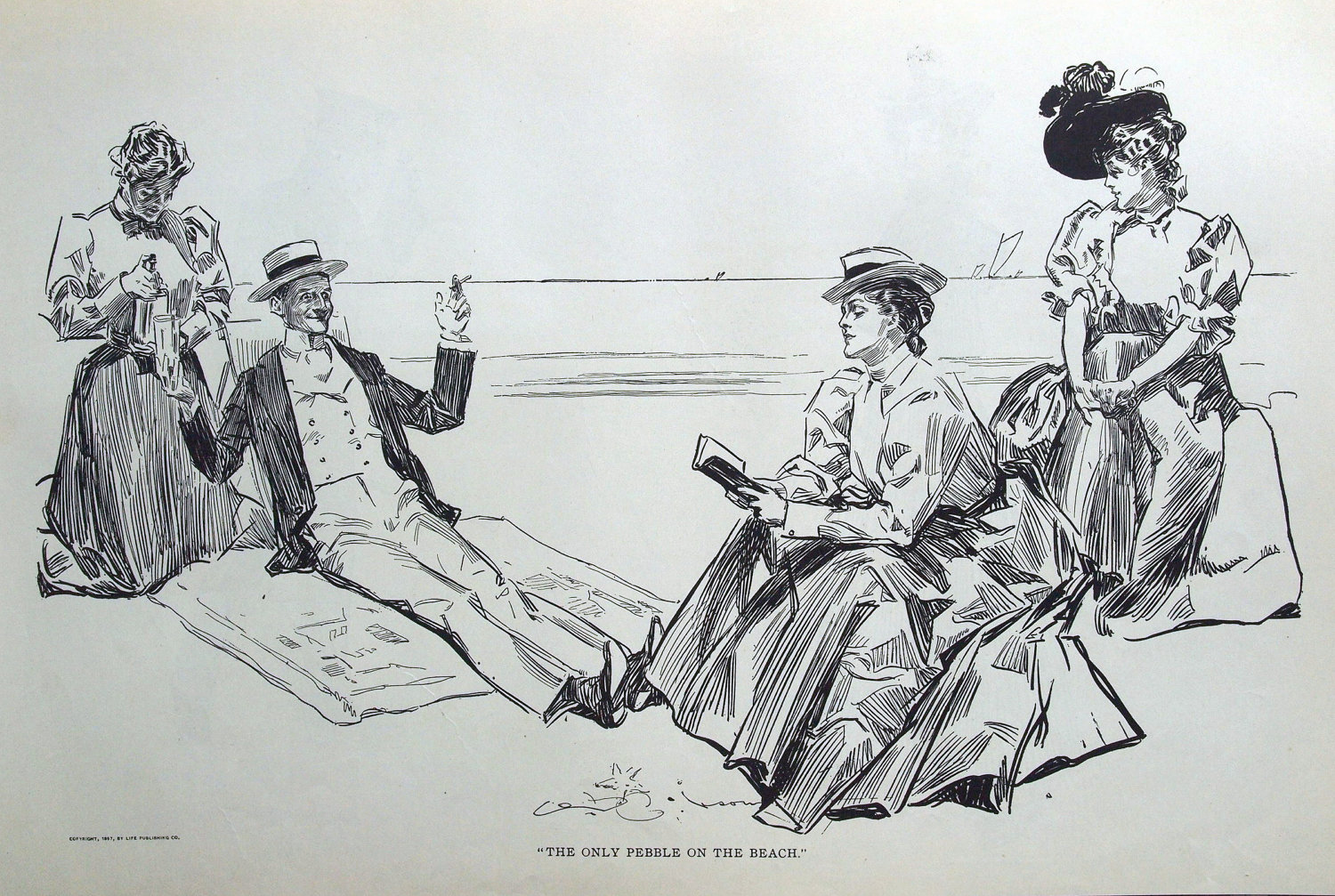 “Mansplaining” at the beach

How Foundations Work » « Drop A Rock On It