NPR has the story of Hope Cheston who was raped by an employee of Crime Prevention Agency Inc.

The employee who raped her, Brandon Lamar Zachary, was not qualified to be an armed security guard and did not have proper licensing. Nevertheless, CPA gave him a gun and the job of patrolling Cheston’s apartment building. Then, when Cheston was only 14 years old, Zachary raped her.

He’s now doing 20 years, but when the jury in the civil suit against the company who gave Zachary his gun and his authority found CPA to be negligent, they were then tasked with determining what the experience of that Black girl, now a 20 year old Black woman, was worth.

They didn’t bother with precision. Therapy bills were apparently rounding errors. This is the actual verdict and damages document returned by the jury: 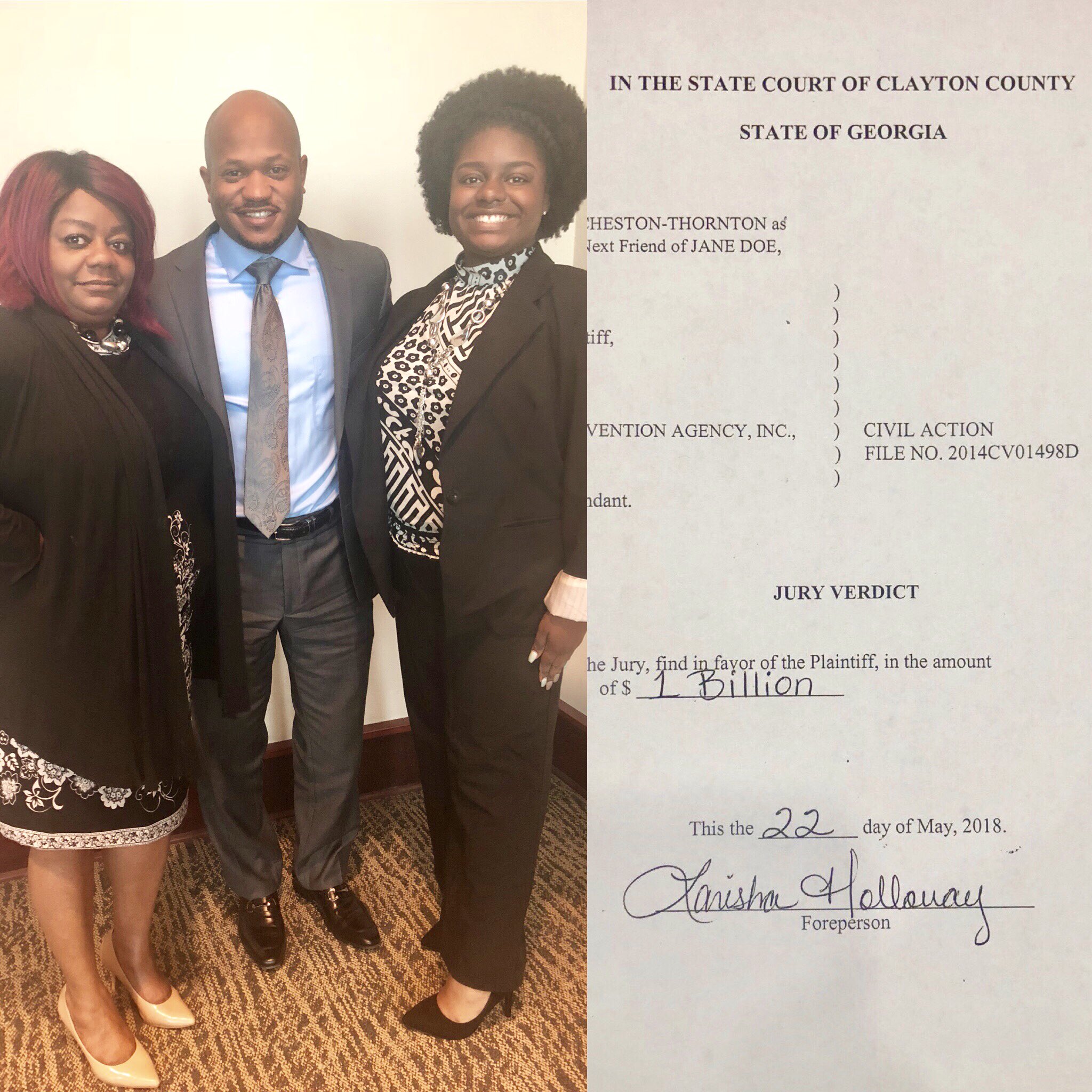 Cheston’s lawyer also said, in a phrase I particularly appreciate:

“They said a little black girl in Clayton County who was raped is worth $1 billion. That was a big win for us,” he said.

Just … fuck yeah. Cheston also spoke for herself on the verdict:

“Twelve strangers feel like what I went through and my story and how I feel — after six years — is worth a billion dollars. That is life-changing, history-making, just beautiful news to know,” she said.

If only every victim of injustice could be valued so much.