Julie Bindel argues that “woman” and “womb” are interchangeable. 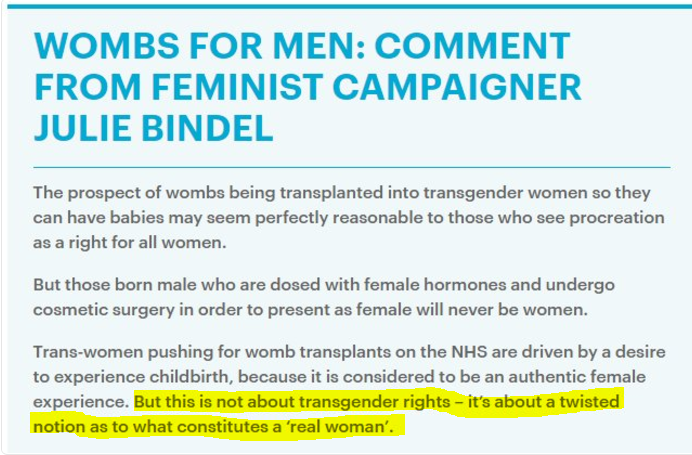 Julie Bindel suddenly argues that equating wombs to womanhood is a “twisted notion.”

If anyone had any illusions Bindel argues about trans issue in good faith, may they be banished thoroughly. This is the logic of a bigot, someone who has arrived at their conclusion that trans is bad regardless of what we actually do.