My best friends and favourite “non-partisan” group of all time ever, Parents for Choice in Education, has some… rather partisan connections.

Parents for Choice in Education also devotes a page on its website to material from Alberta Can’t Wait, the Political Action Committee set up to raise funds for the campaign of social conservative federal MP Jason Kenney to lead the Progressive Conservative Party and merge it with the Opposition Wildrose Party.

The Kenney campaign material distributed by Parents for Choice in Education accuses the NDP Government of “social engineering” – a coded reference to a supposed conspiracy to proselytize young people to take up alternative lifestyles – and attacks Education Minister David Eggen, who has stated repeatedly that the law on GSAs must be obeyed.

While claiming to be non-partisan, Parents for Choice “had a board director recently meet with Jason Kenney and she sensed that his camp has taken the time to educate themselves on the issues and is in support of parent choice,” a commentary accompanying the Alberta Can’t Wait statement approvingly noted.

Here’s some advice, PCE: Don’t claim to be non-partisan, and people can’t point out the presence of political biases to discredit you. Take me for example! I have never at any point claimed to be unbiased. I have, however, claimed to be biased towards facts, which usually means I don’t often have that many reasons to tear my new left-wing governments a new asshole (though I will when it’s warranted). You can argue that I’m a Lefty all you want because I’ve never disputed it.

As it turns out, PCE–the same group that stated “comprehensive sex ed would be foisted on Albertan schools” and meant it as a bad thing–is actually behind the Baptist schools who have been defying Bill 7 & Bill 10.

In addition, the private-school advocacy group defending the schools’ right to continued public funding despite their administrator’s defiance of the law requiring gay-straight alliances to be permitted in all schools where students want them is linked to the church that runs the schools through its board. Rev. Brian Coldwell, who is both pastor of New Testament Baptist Church and chair of the Independent Baptist Christian Education Society, is one of the [PCE]’s five governing board members.

Is this what that one ex-Baptist survivor meant when she said fundagelicals speak a different language?

Describing such actions as the vandals’ pink spray paint and the refusal of several law societies to grant accreditation to the evangelical Trinity Western University law school because of the institution’s policy on the lifestyles of its students as further evidence of persecution, Rev. Coldwell argued “the political left is seeking to impose their state sponsored liberal secular values and the rainbow religion to indoctrinate our young innocent children. 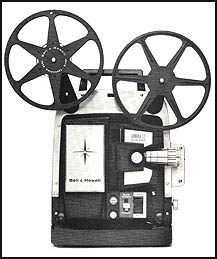 They don’t pay taxes and they receive salaries from the government to teach nonsense. I’ll throw on a pastra strainer and rant ad nauseum about the Flying Spaghetti Monster to collect an 80k/year cheque.